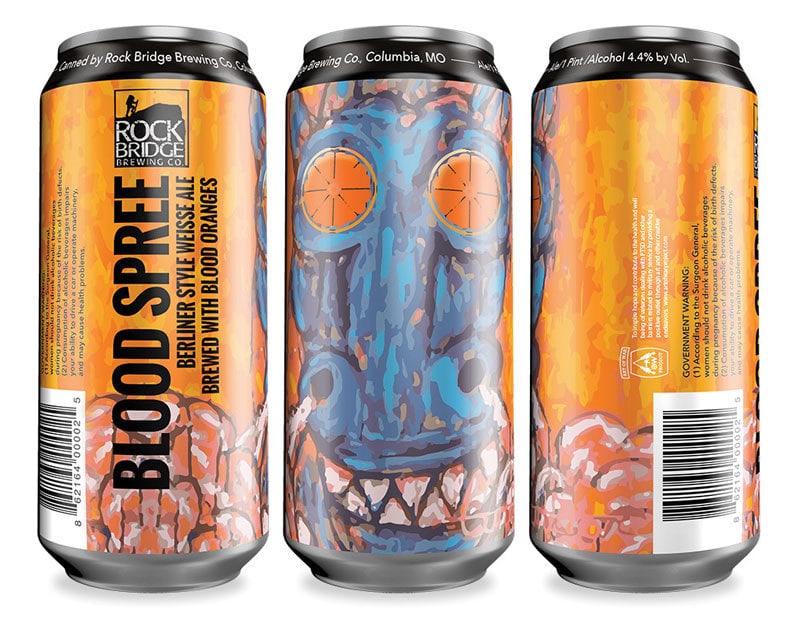 If you want to talk about what’s hot right now, we need to discuss sour-forward beers.

Beers ranging anywhere from tart and refreshing to mouth-puckering, enamel-on-your-teeth-reducing sour. Bear in mind that some of these beers will be a bit on the pricier side as making them can be an extremely strenuous, long labor of love.

On the “tart and refreshing” side of things, we have Urban Chestnut’s KU’DAMM.

This St. Louis brew is a traditionally made Berliner Weisse. The beer hits you with a small burst of tart, green apple, and finishes extremely clean and dry. I know it’s not patio weather right now, but think of this as something refreshing after a long day of work. The sour isn’t too aggressive, and with a 4.2 percent alcohol level, you have a rather approachable product for someone looking to give this whole “sour” thing a shot.

The next step up is going to be something local, in Rock Bridge’s BLOOD SPREE. Interesting name aside, this is just a super yummy Berliner Weisse with blood oranges added. Still drinkable with a 4.4 percent alcohol level, the sour note on this beer is ramped up just a notch at the beginning of the drink, but the finish is a nice, juicy hunk of citrus from the oranges.

Finally, we have the heavy hitter. Perennial’s SUBURBAN BEVERAGE. It’s mouth-puckering kind of sour might make the un-initiated say, “This is beer?” Yes, it’s beer… and it’s delicious. This one is a Gose-style beer and features some oranges, lemons, and key lime to help with the super sharp acidity already found from the base beer.

The most interesting part is the touch of salt we traditionally find in a Gose. The sour smacks you immediately and the citrus hits you all at once. In addition, a bit of salt at the end keeps everything sharp. The 4.2 percent alcohol level keeps the beer drinkable, but keep in mind the more extreme flavor profile and the acidity level when having more than one. Your palate and tummy will thank you.

All three of these beers can be found as bottles or cans in stores and occasionally on draft.