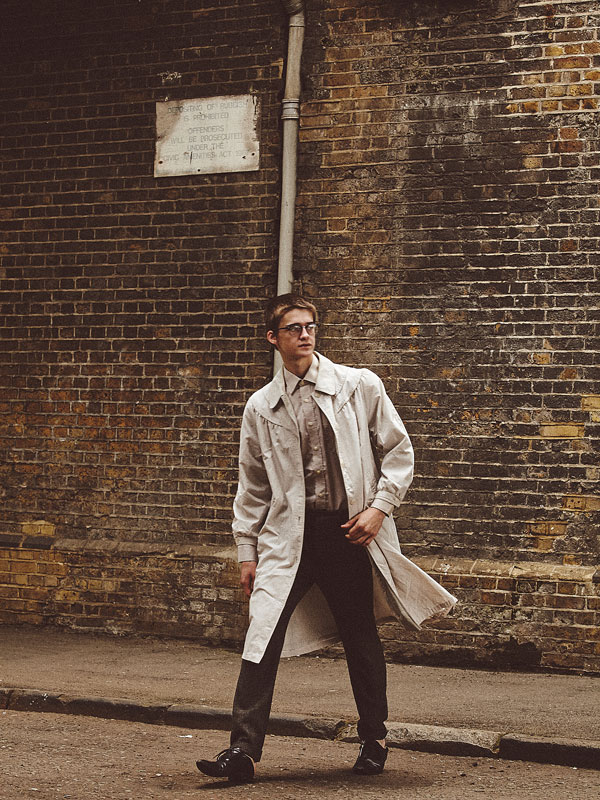 Think “National Lampoon’s Vacation.” But this story is real.

“We were planning our first real vacation in several years,” Gina Overshiner recounts. Her family considered a cruise or Disney World. Her husband, Tim, commented that for the same cost, they could go to New York City.

“We asked the kids. They voted for New York.”

“Our first day, we were in the subway when a man approached and asked if my son would be interested in modeling.”

Gina was stunned. “ ‘My kid?’ A lot of other guys were standing close by. It was crowded. I asked him again, ‘This kid?’ pointing to Max.”

“The train was coming. The man gave me his card and told us to contact him if we were interested.

“We were all in shock,” Gina remembers. “Tim was convinced it was a scam. Max was not interested at all. A.R. thought it was funny. I thought it was cool and we should at least look into it, because you never know …

“It turned into a family joke that week. We teased Max about his good looks. Tim continued saying it was a scam. I researched Demanti, the name on the business card — and worked on convincing Max that we should just talk to him. It might mean Max could travel and maybe make a little money,” Gina said.

“Max was really not interested. The day before we left, we were bumming around an East Village shop called Trash and Vaudeville. Talking to the store manager, we somehow got on the topic of the modeling thing. He said he once modeled for Doc Martens boots and made a few grand. He told Max it was fun. Good money. Go for it.”

“That afternoon, Max changed his mind. We called Demanti and Max and I went up to Demanti’s office in the Bronx. We talked to him for an hour. I asked about cost. He said there is no charge. He doesn’t make money unless Max does.

He took some photos of Max, and said he’d send the pics to a casting director who might want to meet Max in the morning before we flew out.”

“Back in our apartment with Tim and A.R., we talked about the meeting. Then Demanti emailed. The casting director wanted to meet Max. We made an appointment to meet him before we left.

“I emailed Demanti and said ‘thank you for your time but Max changed his mind. He’s not interested. I’m sorry.’ ”

We flew home. Fade to black.

Next scene: Max graduated high school early in December of 2015 and was working as a dishwasher at Main Squeeze. On March 20, he turned 18. A week later, out of the blue, Max tells his parents, ‘So I sent in that modeling contract. I figured I’d just see what happens.’ ”

A few days later, Demanti called. Apply for a passport, he said, there may be work in London or Paris.

A job call came fast. A luxury goods company wanted Max for a Paris shoot in May. No passport yet! Tim worked every angle to expedite the process.

“It was a stressful week waiting,” Gina recalls.

When the passport arrived, Max rode his bike to pick it up. Hours later, Gina put him on a plane for Paris.

Since then, he’s done photo shoots in Paris and Ibiza, and signed a contract that kept him in London for five months.

“It’s been a wild ride,” Gina said. “Max is getting to see the world. He’s really growing up fast.”

A New Take On Chili

Hiking the Trails: Get the Gear for a Tremendous Trek