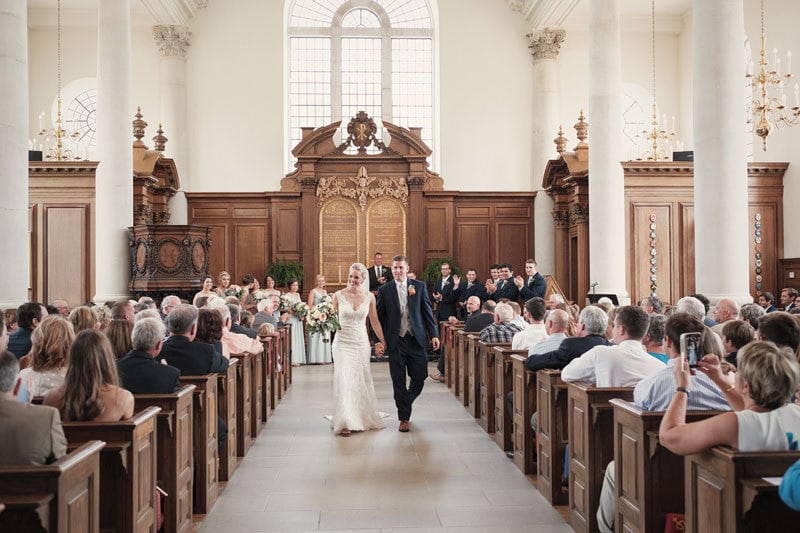 Even though Erin Critchfield and Alex Demczak were both MU students, they didn’t meet at Mizzou.

Instead, they met in Lampe, Mo., during the summer of 2012 when they were both counselors at Camp Kanakuk.

The day Erin left the camp, Alex sent her a Facebook message saying he was sorry for not saying goodbye or getting her number, and asking her to text him sometime.

She did, only to discover he had given her the wrong number!

Once that got straightened out, they went on their first date to the movies and out for ice cream, and soon became inseparable.

Alex was once again working as a counselor at Camp Kanakuk and Erin had driven up to visit him with her friend Sarah. The camp was having a huge party and Alex said he’d have to meet Erin and Sarah there.

Thinking she was there for a game on the football field, Erin and her friend watched with 450-plus campers as a helicopter circled overhead.

When it landed, out stepped Alex, who dropped to one knee and proposed. Erin joyfully said, “Yes,” and then noticed her family and friends walking toward them.

Post-proposal, the helicopter whisked the couple off to dinner.

But the magical evening wasn’t over: Alex had arranged for a limo to take them to an engagement party he had planned.

The couple exchanged vows in a Christian ceremony on June 11, 2016, at the Church of St. Mary in Westminster College in Fulton. Minister Kyle Wenig officiated. Two large ferns graced the front of the church, and there was a cute guestbook table at the back. A friend of Erin’s sang during the worship time, and a string quartet played during the ceremony.

The bride wore a fitted Mori Lee Alençon lace dress featuring a train and scalloped neckline. The beautiful open back was accented with delicately beaded scalloped lace and covered buttons. The bride’s veil was edged with delicate beading and fell from her updo to the bottom of her back.

The flower girl wore a baby’s breath and greenery flower crown and held a basket with baby’s breath and eucalyptus draped around the edges. The basket was a treasured family heirloom that had been carried in five family weddings, including two in which Erin carried it when she served as her cousins’ flower girl.

The reception was held across the street from the church at Backer Hall in Mueller Leadership Hall. Erin’s mother handled the décor, which had a natural garden theme with maidenhead ferns, accents of lit mercury glass votives, and small mercury glass vases of garden flowers.

The tables were decorated with white tablecloths with pewter gray runners.Birchwood pots filled with ranunculus, roses, plumosis and dusty miller were the centerpieces.

The couple’s cake was a simple three-tiered white cake with accents of garden flowers including roses and greenery.
Erin’s parents are K.P. and Mark Critchfield of Columbia. Alex’s parents are Carla and Basil Demczak of Downers Grove, Ill.

After the wedding, Erin and Alex honeymooned for a week at the Secrets Silver Sands resort in Riviera Maya Cancun before returning to Columbia.

Two For The Road