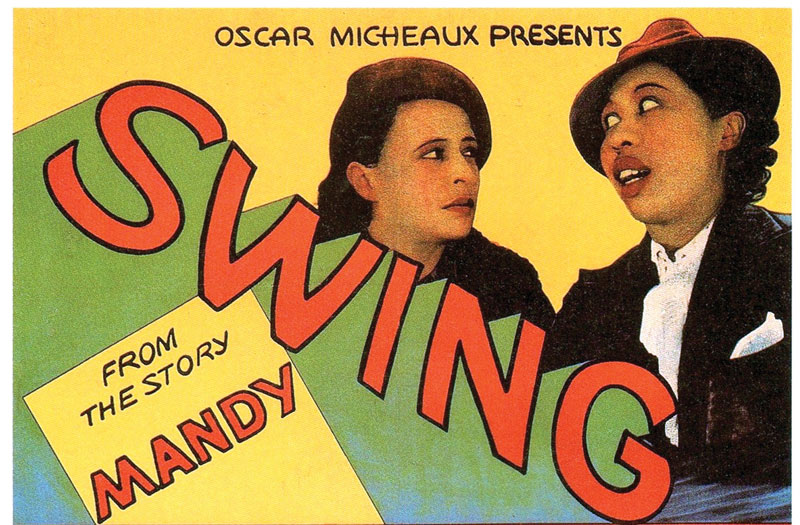 Oscar Micheaux was an African-American filmmaker and entrepreneur, who produced and directed more than 40 films from 1919 to 1948. Micheaux’s movies were known as “race” films — made by black filmmakers, with an all-black cast for black audiences.

These projects were a reaction to what was then a segregated Hollywood industry in a segregated society. His movies were a challenge to racial segregation and an alternative outlet for black moviegoers at a time when Jim Crow attitudes not only regulated film production and distribution (special seating and separate performances altogether for blacks was the norm), but informed the content of most mainstream entertainment available to Black America.

The irony is, of course, that at a time when American music and dance were so deeply steeped in the black idiom, American movies in the era of D.W. Griffith’s “Birth of a Nation” were anything but.

Though contemporary to the Harlem Renaissance, Micheaux’s movies were less an explosion of black pride, so much as an explication of Depression-era African American life — rife as it was, and still is, by the way, with injustice and prejudice, it still went on. Though Micheaux usually worked with standard genres such as mysteries, gangster flicks and Westerns, the daily problems, large and small, of being black in Jim Crow America, were neatly folded into narratives that were part melodrama, part policier — with an overarching rueful sentiment that compares favorably to, the wrought opera of, say, Douglas Sirk.

While Micheaux didn’t shy away from subjects like rape, lynching and injustice, he never lets sensationalism obscure his themes, which were consistently black-centric and as positive as was possible given the tenor of the times.

Early in the 20th Century, Micheaux quit a good job with Pullman to homestead in South Dakota and produce his first novel, which he self-published before turning it into a screenplay. Unable to secure financial backing for production of the script without relinquishing creative control, Micheaux sold the book door-to-door and used the funds to produce the film himself, using amateur actors on a shoe-string budget. Micheaux continued to independently finance his films throughout his career, applying the same innovative ingenuity he used in the content of his work to its’ distribution to what was an exclusively black audience.

I think I find the story of Oscar Micheaux’s indefatigable struggles to bring his stories to the screen as inspiring and informative as the dozens of films he crafted from his experiences. Those experiences and his successes as a turn-of-the-century black businessman and impresario are in many ways reminiscent of the accomplishment’s of Mid Missouri’s own J.W. “Blind” Boone and his partner John Lang.

All of these men devoted their considerable energies to imbuing black life with dignity in the face of the daily indignities being suffered still.

Each Tuesday evening in February in honor of Black History Month, the Columbia Parks & Recreation Department will offer a 7 p.m. screening and discussion of one of Micheaux’s films at the Historic Armory in the heart of what used to be our town’s black business district, the Sharp End.