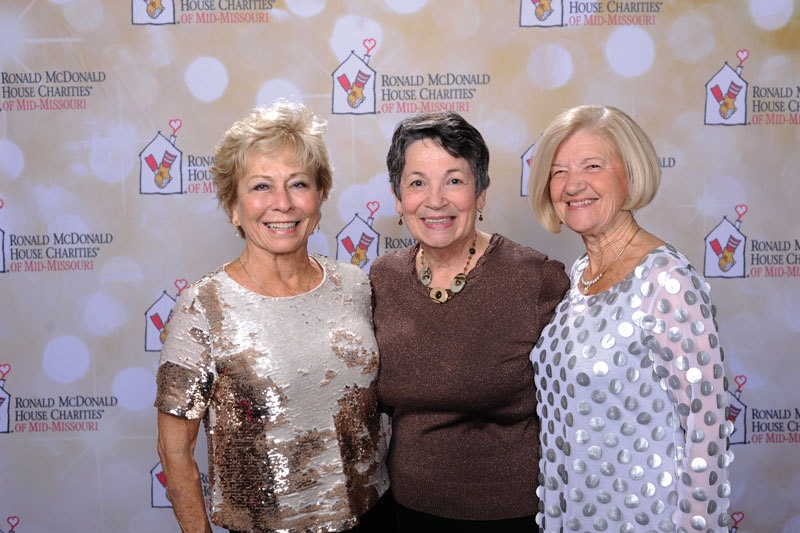 Ronald McDonald House Charities of Mid-Missouri has been providing a home away from home for families of seriously ill or injured children since 1983. The Ronald McDonald House gives children a place to play after a long day at the hospital; parents a home for a good night’s sleep and a warm meal near the hospital; and families relief from the financial and emotional burdens of traveling for their child’s medical care. To do this, the organization relies on the love, sharing and caring of hundreds of generous donors and volunteers from across the region.

The Red Shoe Gala — named in honor of Ronald McDonald’s red shoes — is one of its four signature fundraising events, along with the FORE The House Golf Tournament, The Red Shoe Ride, and the recently added Build A House For The HOUSE gingerbread house building competition. All proceeds from the gala benefit Columbia’s Ronald McDonald House, located at 3501 Lansing Ave., within walking distance of the Women and Children’s Hospital.

Built three years ago, the house is double the size of its predecessor, enabling it to serve twice as many families. Last year the house hosted 425 families, according to Terri Gray, executive director of Ronald McDonald House Charities of Mid-Missouri.

The Red Shoe Gala, held at the University Club of MU in Reynold’s Alumni Center, features a reception, silent auction, formal sit-down dinner, live auction, and fabulous entertainment. Gray says the entertainment is always a surprise, never revealed until the night of the event. She promises it won’t disappoint.

More than 350 participants typically attend, and even more take part in the auction via smartphone or computer. That option proved particularly handy back in 2013, when the physical gala had to be cancelled due to a snowstorm. People were still able to bid electronically so much-needed funds could still be raised, Gray says, adding that that year was her first as executive director!

She says local businesses are incredibly generous in donating auction items. This year’s will include two tickets on Southwest Airlines, a dinner party, sports packages, and a low country boil for 20 people, featuring craft beer and homemade ice cream. There will also be gift certificates to area restaurants and businesses, gift baskets galore and lots of other highly desirable items.

“The gala is certainly important financially, but it’s also a chance for us to recognize key donors and volunteers, and just have a fun evening,” Gray says. “The food really is phenomenal, there’s great wine — we include wine with dinner. It’s a fun event for a great cause.”

This year’s Red Shoe Gala will be held on Thursday, February 16, with the silent auction beginning at 6 p.m. The dress is cocktail attire and red shoes are strongly encouraged. There is complimentary valet parking. If you can’t attend in person, consider participating electronically. You can learn more at www.rmhcmidmo.org.

A Passion For Pairings