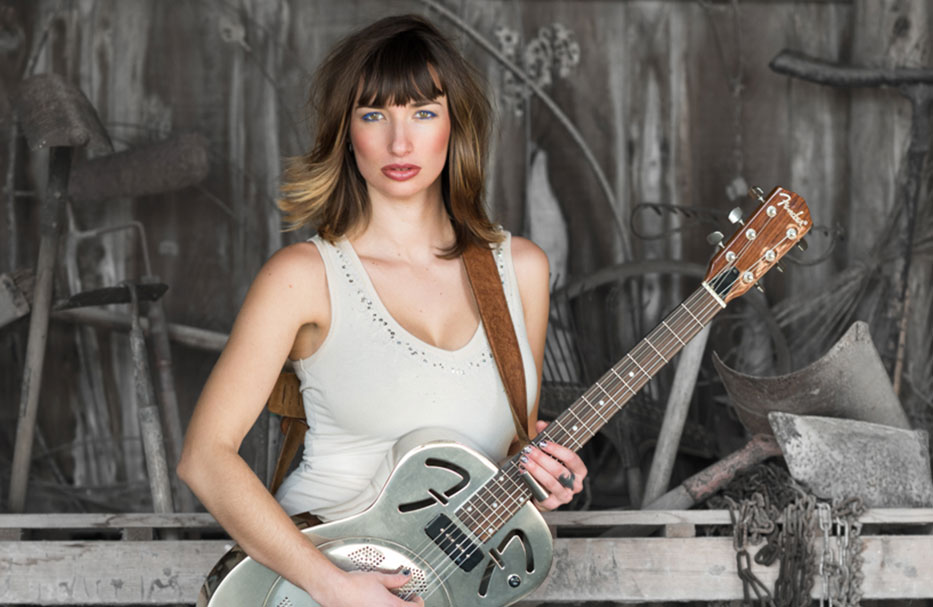 March is Women’s Month here in the United States. This is funny because it is just one month out of 12 when not only does this noble gender outnumber their male counterparts, they also, judging by January’s march, can out-organize men and make their point without inciting violence.

Women, they say, get a lot done in a day, and they do it together. But here’s a story about a woman who prefers to do it alone.

Last year’s Lupus Chili Fest, the 42nd annual by my wonky count, was a showcase of mid-Missouri musicality. Small, scattered stages allowed some local but world-class talent like the BelAirs with Henry Clay, the Kay Brothers, and Dave and Dyno to relax and let it flow — channeling the nearby Missouri River.

One impromptu performance space is traditionally called the Garage — because it is a garage. Well, what used to be a garage.

At the Chili Fest, it was dominated by a confident woman, a “White girl from (Farmtown) Missouri” with big, sooty eyes and a passionate realism. She was alone with her foot drum, playing slide guitar but solidly engaged with the shouting, sweating, dancing, mostly female crowd packed close and resonating with the energy flying off of her, off the “stage” and propelled by stinging slide guitar and pounding foot drum straight at them.

Warrensburg’s Molly Gene, the One WhoaMan Band, has been performing solo for the last seven years or so, recording and issuing albums (four to date) with creative partner Jason Linhart, and organizing endless small tours that eventually got her noticed in Europe.

Finally, after touring Europe and recording a live disc in Switzerland she came home to roost a few years ago, but continued to ramble. All of this is not that atypical except for the particular musical species that Molly Gene has cultivated.

Her sound is a raucous, bluesy map of her journey so far.

From a childhood with a musical grandmother in Warrensburg (halfway between birth of ragtime in Sedalia and the shouting blues of Kansas City), Molly Gene made her way to the southern rock capitol of Florida for school before embarking on an eye-opening road trip through the south along with her beloved Univox guitar (a cousin’s gift) and her foot drum.

Keeping her music and her lifestyle simple and self-contained, she planted her flag on the edge of the blues — as close to soul as to rock as possible — and created what she calls Delta Thrash.

So circumstanced, she considers herself now as a regional blues woman, her ambit not to so much shed divine interpretive light on the human condition as to reintroduce us to that condition and, as a hard-rocking female, to show the materials we have at hand to deal with it: drum, guitar, big old voice.

Her guitar playing is more fluent than ever, thanks to a stable home life that leaves more time for writing and practice. Her new material, too, occasionally trades in some blues-rock aggression for the finesse of an almost folk sound. The huss and moan of the woman who wrote “Smells like Low Tide” and “I Need Me a Man” is never far away.

Watch for Molly Gene on this summer’s local festival circuit, or catch one of her regular gigs at Rose Music Hall or Cooper’s Landing. And if you want to travel, but not very far, go across the river to Warrensburg and catch her at The Bay, a club where she started, in the town she calls home.

Georgia On My Mind