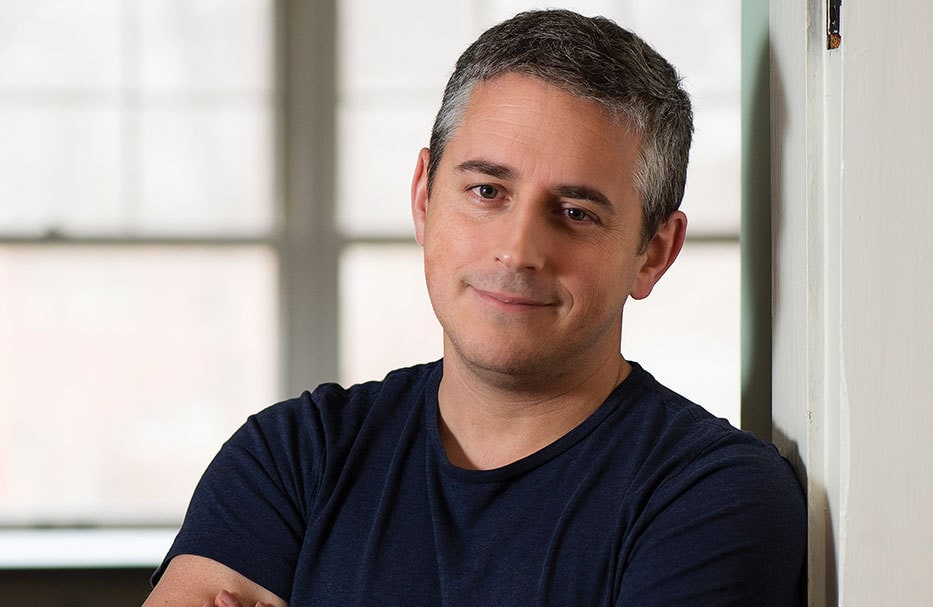 Alex George is a busy man. Author, attorney, husband and father, George is also the director and founder of Columbia’s Unbound Book Festival. As the festival approaches, it promises to be a stellar second-year event (www.unboundbookfestival.com).

George has the additional adventure of promoting his newest novel, “Setting Free the Kites,” which is already gathering recognition from the Library Reads program and Indie Next.

“Setting Free the Kites” celebrates the devastating beauty of life, friendship and identity. Set in coastal Maine, it tells the story of two adolescent boys as they wallow and wind through some of their most difficult years. It is at once heartbreaking and triumphant. Main character Robert, a gentle and introspective lad, carries the readers through a reflection of formative events during his teen years. Through Robert’s friendship with Nathan, a larger-than-life Texan transplant, George shows that no one becomes who they are on their own.

Robert is purely Maine and readers might imagine the unique “r-less” canter or they might imagine how Nathan would bring a mellow Texas twang to a conversation. The voices carry, just as with “A Good American,” where each passing generation loses the thickness of their German heritage. Yet, the author has a quiet relationship with his characters.

“When I write and when I reread and edit, I generally do not hear accents,” says George. “I guess I am focused wholly on the words that they are saying, rather than how they say it.”

Proving his depth of focus on the writing, George who was born in England, surprises himself when reading his work. “I always read my entire book out loud at some point during the editing and revision process,” he says, “and I rarely think about accents, even then. Odd really — everyone sounds awfully British!”

Although George is well known in the local writing and reading community, his artistic creation is an introspective event.

“Writing is not at all social to me! It is a deeply private thing,” George says. “When I write, I disappear into my little world and cut myself from all external distractions.”

Much like his characters, who in their moments of solitude reveal the most of themselves, George removes sensory stimuli from his writing area and rewards us with an immersive fictional world.

“I think this (by necessity) solitary approach to my writing is one of the reasons why I wanted to start the festival — it’s an antidote to all that,” he says. “We do have this wonderful community of writers in Columbia, and it has been a wonderfully fulfilling and enriching development for me personally to become more involved in that world.”

That isn’t to say that George’s books are quiet. George’s writing is audible — filled with music, laughter, coursing water and the unapologetic chatter of his characters. As with A Good American, his national and international bestseller from 2012, George fills Setting Free the Kites with music, this time blasting punk and jazz, pulling his readers deeply into chaotic emotions and discord.

A jazz lover and saxophone player himself, George utilizes the musical genres with clarity. Robert’s brother, confined and restricted by Duchenne muscular dystrophy, breaks free from limitations with the abandon of punk rock. Older friend and mentor, Lewis, brings jazz into Robert’s life, with a freedom and organized chaos of its own. Readers get to learn about the music with Robert and feel the emotions each song draws forth.

George has a knack for encouraging his reader to both devour the pages and pause to soak in phrases and moments written with careful simplicity.

His book is packed with artistic references; in the juxtapositions of jazz and punk, heartbreak and hope, old and young, and the way Robert analyzes a trashy novel with the same vigor as “The Great Gatsby.” It is in these moments of contrast and analysis that George shows his readers the importance of perspective, growth, suffering and identity.

“As I become older I am increasingly aware of how malleable things that I had once thought immutable are,” says George. “Perhaps that’s a function of the path my life has taken, uprooting myself from the country of my birth and forging a new life in America.”

Using Nathan’s impulsivity and Robert’s reflection and restraint, George shows both the formation of who his characters are, and how Robert continues to evolve.

“Nathan’s incredibly strong sense of right and wrong is appealing, especially in one so young, but often things are more complicated and nuanced,” George says. “Looking back from the perspective of 2016, I think Robert finds himself pulled in two directions. He’s older now, and understands better how things work, and yet he still longs, at least a little, for that uncomplicated, uncompromising approach that Nathan always had.”

Readers who embrace George’s work, both with the Unbound Book Festival and his novels, are rewarded with experiences. Learn more about George and his writing, as well as public events at www.alexgeorgebooks.com.