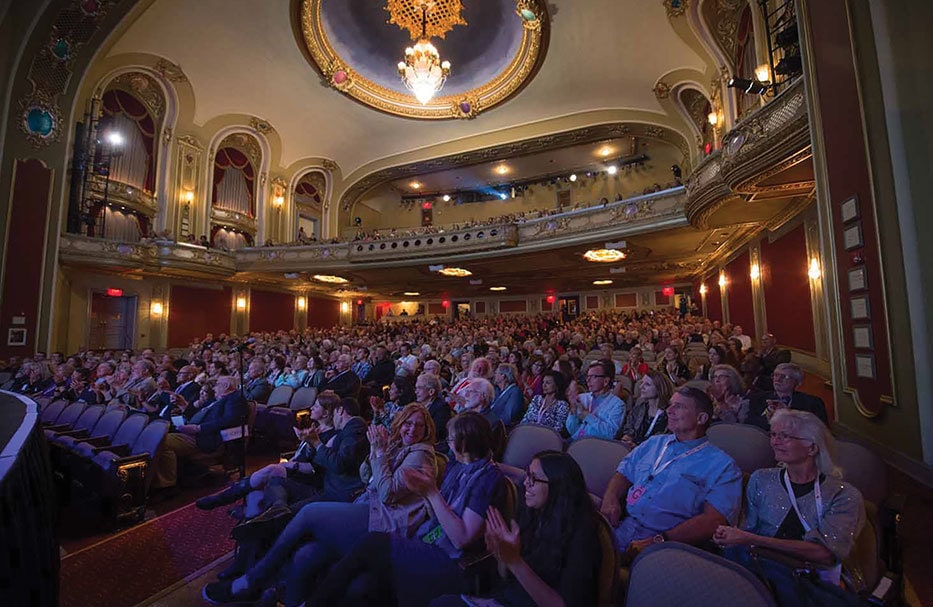 Columbia book lovers have reason to rejoice this month: The Unbound Book Festival is back for its second year, filled with spirited panel discussions, one-on-one author “conversations,” storytelling and readings.

The highly interactive and engaging festival was founded by Alex George, a local attorney and author. He was inspired by festivals he attended while touring to promote his first book.

Thus inspired, he took steps to found a book festival here, feeling Columbia was the perfect place for one.

“We’re a town that loves its festivals. There are many authors who live here and there are so many readers — I mean when you live in a town with three universities there are lots of smart readers. There was a clear constituency already here, you weren’t going to have to create it out of nothing,” he says.

“We started by having a series of meetings at my house and talking about what it would look like and establishing some parameters and some principles. For me, the most important principle is that the event is free. Everything that we do is free. In addition to celebrating books, it’s about promoting literacy and it’s about making it as available as possible to everyone.”

The first year took a lot of effort. And cajoling.

“Last year, I basically called in a ton of favors with friends of mine who write. And then I had suggestions from certain people about who I should invite. It was sort of a mish mash.”

He says they chose the authors first, then figured out how to assign them to panels for discussions, in a somewhat haphazard fashion. There was one panel put together simply because each of the three authors was named Laura! Happily it was a huge success. George is taking a different approach this year.

“This year we’re trying to be a little more scientific about it. We’re sort of reverse engineering it. We decided what kinds of panels we wanted to do and invited people accordingly. For example, we’re doing a panel on War and Empire.”

The panel will feature Candice Millard who wrote “Hero of the Empire: The Boer War, A Daring Escape, and the Making of Winston Churchill,” Ishmal Beah who wrote “A Long Way Gone: Memoirs of a Boy Soldier,” Whitney Terrell, author of “The Good Lieutenant,” and Greg Fontenot who wrote “The 1st Infantry Division and the U.S. Army Transformed.”

George says there will also be a panel on female mystery writers, which will include world-renowned crime novelist Sara Paretsky, and a panel on publishing, as well as a one-on-one author conversation between two biographical fiction writers. In all, there will be seven or eight panel discussions and five author conversations. Readings will round out the day’s events.

The festival will kick off on Friday, April 21, with author Sir Salman Rushdie speaking at 7:30 p.m. at Jesse Auditorium. Rushdie is one of the most celebrated authors of our time and has written a number of classic novels, including “The Satanic Verses.”

George says a block of seats will be available for those who weren’t able to preregister online for tickets.

On Saturday, April 22, the festival itself will take place at various venues on the Stephens College campus beginning at 9:30 a.m.
Learn more at www.unboundbookfestival.com

Enjoy
APRIL 7 – 8
The University Concert Series presents Missouri Contemporary Ballet LIVE. An audience favorite, LIVE features not only live dance but live music. This production consists of music from various genres including original compositions by Tom Andes and Travis McFarlane. Previous LIVE shows have included collaborations with the MU Percussion Ensemble and the School of Music. This performance will feature three world premieres choreographed by MCB Artistic Director Karen Mareck Grundy and Resident Choreographer Fernando Rodriguez. The energy of both live music and dance in the beautiful Missouri Theatre is an experience you won’t want to miss. From $15; 7 p.m.; 203 S. Ninth St.; 573-882-3781; www.concertseries.org

Cheer
APRIL 22
Watch the annual Float Your Boat For The Food Bank, a cardboard boat race at Bass Pro Shop that raises funds for the Food Bank for Central and Northeast Missouri. Teams build themed boats to race and win unique prizes. Boat builders have to adhere to a strict set of rules when crafting their vessels, which can prove challenging. The entries can get pretty crazy and creative! The race is presented by the University of Missouri College of Agriculture, Food and Natural Resources. Come out and see whose hopes get sunk. Free; 11 a.m. to 2 p.m.; 3101 Bass Pro Drive; 573-864-6641; www.floatforthefoodbank.org

How To Be A Better Leader