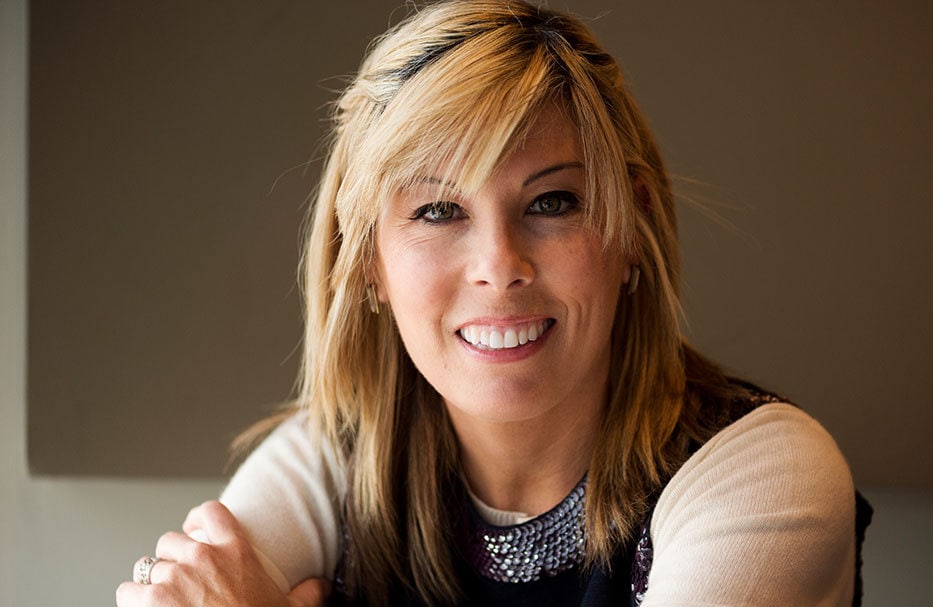 Author Jill Orr knew what she wanted to provide her audience. “I wrote the kind of book that I like to read,” she says. “This book was never meant to change the world. It is entertainment; a little romance plus a little murder mystery.”

Protagonist, Riley Ellison, is engaging, witty, and just enough of a mess to keep readers cheering her on, even as they chuckle at her misfortunes. While Ellison, a recently dumped, obituary loving, pseudo-librarian is an unlikely heroine, the character is brilliantly written. Her love life is as messy as the rollercoaster date that makes her lose her lunch. Her workdays are filled with ridicule from her blessed-with-a-degree-in-library-science co-worker. And every hopeless mess she finds herself in is amplified by small-town gossip in a town that can’t decide if it cares too much or has nothing else to care about.

Orr is perhaps just as unlikely of an author. While writing is not unfamiliar territory for the graduate of the University of Missouri-Columbia Journalism School, she never thought she would find herself penning fiction. After graduation, Orr worked in advertising in Kansas City for a couple of years, later returning to MU to acquire a masters in social work. A grant funded project for chronically ill children ended just as her first child was due and Orr turned her attention to motherhood.

Orr reentered the world of journalism when her daughter was two, enjoying her comfort zone of orderly work with clear guidelines. When her daughter was six, a random inquiry thrust her attentions in a new direction. “I’d never written fiction,” Orr says. She was asked if she ever thought about writing a book. Musing that it was perhaps in the back of her mind she was told, ‘My dad has said he was going to write a book for 15 years. Don’t be that guy.’

She says, “It was really just an experiment. I was surprised by how much I loved it.” Writing “The Good Byline” was a gradual process. “When my kids were younger and needed more of me, I wrote for two hours each day,” Orr says. “I am the least disciplined person. I can’t even remember to take a daily vitamin, but writing was important to me.”

She wrote two books (not destined for publication) as she found her voice. She says, “At a certain point, two hours was not going to cut it anymore. Now, I love nothing more than when I am able to sit for seven or eight hours and just go into this fake world where I am the supreme overlord of everything that happens.”

Being the “supreme overlord” of a fictional small town in Virginia proved to be quite entertaining. “I’ve thrown in a couple of things that are very ‘Columbia,’” Orr says. “I thought about setting the book here, but I wanted a little distance. It was more fun to put in little references. I love Columbia, and there is a lot of quirkiness here, but creating a fictional town allowed me more freedom.”

Some references are obvious, but the hidden treasure is an unsuspecting character tribute. “At one of the local grocery stores, there is a guy who looks exactly like Holman,” Orr says. “I feel like I know him and have to stop myself from talking to him when I see him in the aisles.”
Additional inspiration came from Virginia. “When I started writing the story I was visiting there. My mother-in-law is a docent for one of the homes in

Colonial Williamsburg. We were talking to a friend of hers. I could have listened to her all day, with her slow, lilting, stretched-out, charming speech,” she says.
The resulting combination is Tuttle Corner, a unique blend of coastal ease and southern charm. It is a place large enough for unexpected things to happen, but small enough to mean that those unexpected things have the full force of societal gossip.

Tossing in a main character with a passion for obituaries sealed the fun-mystery edge. “I came across an obituary on social media that was awesome,” Orr says. “I finished reading it and felt like I knew this guy. It wasn’t somber, it was filled with life. I followed the link into a total subculture of people who love obituaries.”

Orr’s fascination with that culture was the magical ingredient for “The Good Byline.” “I thought ‘that is a great quirk for a protagonist,’” she says. “With obituaries the death is already implied, so I just needed to turn a death into a murder and go from there.”

Learn more about Orr and “The Good Byline” at Columbia’s Unbound Book Festival, on April 22. Orr, Lindsay Faye, Julia Dahl and Sara Paretsky are on the Killing It panel, celebrating women crime writers. Orr will also be speaking at Meet the Author on May 20, at the Boone County Historical Museum.
Orr plans to pen two more books in the series, with anticipated releases in April of 2018 and 2019