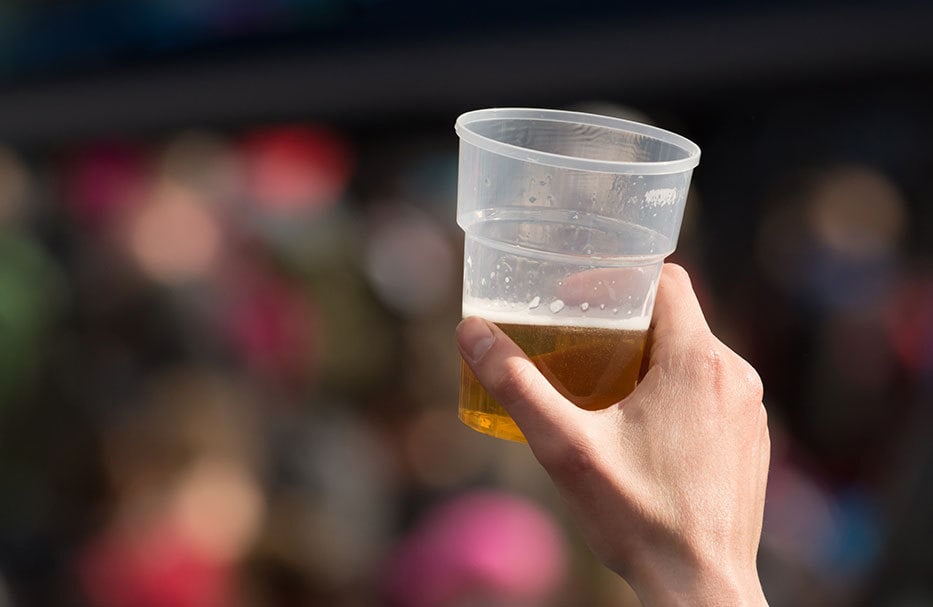 Come check out the 3rd annual iTAP/Logboat Brewing Homebrew Contest on Saturday, April 22 at 2 p.m. at International Tap House.
Now, let’s talk a little bit about homebrewing and what makes it such an important part of the craft beer community.

In 1978, President Jimmy Carter signed H.R. Bill 1137 into law, which for all intents and purposes legalized the production of beer at your home. While there are many moments over the thousands of years that can be seen as important moments for beer on a global scale, few moments before 1978 were as important as the passage of this law, in terms of the growth of craft beer in America. Soon thereafter, Charlie Papazian (in my opinion, one of the “godfathers” of American Craft Beer) formed both the Association of Brewers and The American Homebrewers Association, and in 1984 published one of the first ever “bibles” of homebrewing: The Complete Joy of Homebrewing. The rest is history.

If you’ve ever experimented with brewing your own beer, helped a friend brew beer, or simply hung out at a buddy’s house and tried their homebrew, you will know that you can often not know what to expect. The flavors, mouthfeel, aroma, appearance and even quality of the product can be all over the board.

During that process, however, you’ll understand how important homebrewing is for American craft beer and why some people such as myself consider it the “laboratory” of American craft beer. Regardless of whether you are an IPA, brown ale, stout, saison or sour beer drinker, or you like stuff with coffee, fruit, or chocolate in it, there’s a really good chance that the recipe for the beer you are enjoying was created, constantly tinkered with, and ultimately perfected by someone in their garage or basement.

That takes us to 2017. Homebrewing is more than alive and well, as there are still people of all ages and backgrounds making beer with their friends. Each year International Tap House and the great folks at Logboat Brewery team up for their annual Homebrew Competition, or what’s referred to as a “scale up” in other brewing circles. (Essentially you are just “scaling up a small 5-10 gallon home brew batch to something large enough for a professional brewing facility).

While the most fun part of the event is the day where all of the brewers get to come into iTAP and sample a wide variety of their products to a thirsty public, the ultimate winner is picked a few days before at Logboat.

Respected members of the craft beer community such as brewers, vendors, retailers, etc… meet together for a “panel tasting” and go over each and every entry with a fine tooth comb and critique every aspect of every beer. We usually choose a “final four” so to speak and collectively go over our favorites one more time and share notes with what we think and make sure there is a consensus about which beer is truly the best. The winner gets to brew their beer with the brewers at Logboat and gets to see it featured at all the iTAPs in the state, Logboat’s tasting room, and most likely other craft beer bars around CoMo.

The judging panel is something we take very seriously, and the ultimate goal for a large number of homebrewers is just to have those that make and sell craft beer for a living give them honest critiques of their product so they can go back and make the next batch even better.

An interesting part of this process is that brewers often need to be reminded to make beers that can reasonably be produced at volumes 100+ times the size of their initial batch. Ingredients, processes and time become major factors when you are “scaling up” something to be made in a professional production facility.

There are some fantastic homebrews out there that you would simply have too difficult of a time making (often meaning they would be extremely expensive) at a production brewery. This also leads the finished, professional product that can often times be anywhere from a little bit, to a lot different than the original concept. I always tell people that I’m a pretty good cook at home, but I couldn’t take what I make, and do it for 75 people over the course of a three-hour dinner service at a restaurant. Think of it along those lines.

Enough from me, let’s talk to some actual brewers and see what they think:

Josh Rein, head brewer at Logboat says that homebrewing “has a huge impact on the development of any professional brewer for multiple reasons.” Through the ability to create and experiment within the realm of making a number of small batches, the brewer will develop a passion for creating beer and realize, according to Rein, that “brewing is hard work, and often times the desire to create is what keeps brewers slogging through long days with an aching back and soggy feet.”

Events such as the homebrewing contest/scale up event with iTAP is great because he says “the quality and quantity of home brew in mid-Missouri has increased massively in past few years, and Logboat is happy to be a resource and provide some feedback to those who seek it out.” Also, it’s great for a brewery like Logboat and a craft beer bar such as iTAP getting the chance to, in his words, “reward those brewers who are really honing in their craft the chance to share it with a wide audience at the iTap locations.”

The transition from brewing a homebrew batch of beer to brewing at a professional scale he says, is “straightforward”, but there are things you will always run into. Mainly there is an issue with late addition hopping which is more about getting flavor and aroma out of the hops, versus the mostly bitter compounds. When executing a late hop addition, Rein says “we have to get creative to make sure we can still achieve the flavor profile of the original beer while using the process that our brewhouse allows for us.”

As was mentioned before, the simple use of large-scale, professional equipment, versus what a homebrewer is using to execute their recipe, will often call upon the brewer(s) to make minor to even drastic adjustments to the brewing process.

I understand that some of this may sound technical, but this is the kind of feedback and information that homebrewers crave.  They like learning it because they are simply individuals interested in all things brewing, specifically the techniques that almost all homebrewers love to experience as it just might make their next batch of Pale Ale that much better.

Winner of the 2016 iTAP/Logboat homebrew contest, Lincoln Purvis, was simply looking for this sort of information when he entered his winning Saison, called Lemaitre. He says he “submitted the beer to the iTAP competition on sort of a whim, just to get feedback on the beer”, and “it was pretty crazy to hear my name announced as the winner.”

You’ll find a lot of brewers enter these contests with low expectations. They enjoy the community aspect of it, and the reactions you get from brewers, retailers and consumers is invaluable. I always have a tongue-in-cheek comment about homebrewers in that the only thing they love more than brewing/drinking their beer is talking about it. I say that because there’s always a desire to learn and improve that next batch.

Lincoln says he loves homebrewing because “it’s a great outlet for me to express some creativity and also include a healthy dose of science.” There’s always a sense of pride when you get to sit back and sip on something you put so much effort into, but his favorite part of homebrewing … and craft beer in general … is “the community around it.”

Like I mentioned earlier, he also has learned to recognize that most professional brewers and brewery owners were most likely homebrewers at some point. Events like the homebrew contest hosted by iTAP and Logboat offer you a legitimate chance to see someone who could be a successful professional brewer sometime down the road. Trust me, I’ve only been doing slinging craft beer for seven years, and know plenty of talented, successful, professional brewers that I first met at the bar who pleaded with me to let them open up a few bottles of their latest creation to see what myself and some other customers thought of it.

In terms of scaling up his homebrew, Lincoln says that “it wasn’t too difficult.”. He continues, “The grain bill was similar to a lot of Logboat’s other beers, so we just had to make some small adjustments, change the hops to match my recipe, and we were set to go.”

What was most exciting for Lincoln was “the way Josh and Mike (brewers at Logboat) let me get involved during the brew day. I was milling grains, wrangling hoses and tri clamp fittings, operating the brewhouse, and taking measurements.

While they could have surely done everything quicker just because they do it every day, it really helped give me a sense of ownership in the beer.” This is consistent with the theme that both Josh (professional) and Lincoln (amateur) professed earlier, that there’s a great sense of accomplishment when you get to enjoy your finished product, because you can honestly speak to the amount of hard work that it takes to make a consistently great brew.

I know this is a lot of information, but as someone who works in, and is still an everyday passionate fan of the craft beer community, I can honestly say nothing better captures the grass roots, community feeling of local craft beer like an event such as this. It brings together homebrewers, professional brewers, customers and vendors, as well as retailers.

Customers, especially, rarely get a chance to really have a legitimate dialogue with brewers (be they professional or amateur) and it gives them a chance to really find out the what/why/how of the beers they enjoy. More importantly, it lets the consumer see firsthand the pure enthusiasm enjoyed by the people responsible for a lot of the product they enjoy every day. Most importantly, the entire event is focused around a single idea: enjoying local craft beer and learning the stories behind it.

Myself and Logboat hopes to see you on Saturday, April 22nd so you can find out firsthand exactly what it is that we are talking about.  Oh, and there will of course be plenty of great, unique beers for you to enjoy as well.