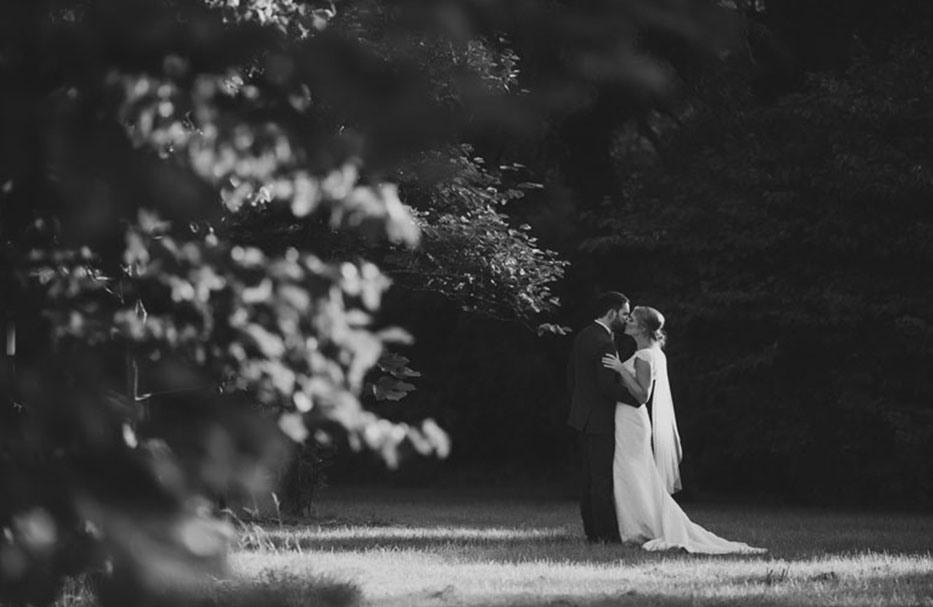 Rachel Drennan and Wes Cunningham were married September 3, 2016, at the Firestone Baar Chapel, followed by a reception at Kimball Ballroom on Stephen’s College campus. The wedding drew on family and friends for almost every element of the celebration.

“We are so grateful to have such great friends and family who willingly offered to help by lending candles, candle holders, table numbers, greenery from the florist and even flowers from a family friend’s garden,” said Rachel. “My mom’s friends came up with ideas and then set up the entire wedding so that my mom, bridesmaids and I were all able to relax and spend time together. It was an amazing blessing.”

Wes and Rachel’s romance began with a blind date on May 14, 2015. They became engaged January 1, 2016, at Lake of the Ozarks while celebrating New Year’s Eve with Rachel’s friends from physical therapy school.

Rachel wanted a wedding that was “elegant and simple.” She chose neutral colors such as gold and white with touches of green. Rachel wore a floor-length, form-fitting gown with a Sabrina neckline in Alençon lace. It featured a plunging V-shape front with a lined bodice and a keyhole back that extended to the sides. A finger-tip length veil completed the bridal ensemble. She wore Express multi-jewel stud earrings of rose gold that matched those worn by her bridesmaids, and her hair was styled in a low bun with a layered twist. She wore gold flats and carried a round bouquet of hydrangeas, white spider mums and white freesia with accents of baby’s breath, white wax flower and mixed greenery.

The groom wore a J. Ferrar charcoal suit with a cream bow tie and brown leather suspenders, and the groomsmen were similarly attired. They wore boutonnieres of white freesia blooms accented with baby’s breath, white wax flower and mixed greenery.

Matt Webel officiated during the ceremony and Wes’s father, Will Cunningham, delivered the religious message. “We wanted our ceremony to emphasize our love for each other and for Christ,” Rachel said. “We exchanged vows that were fairly traditional with some personal touches. After verbally exchanging our vows we signed a written copy, followed by our families and wedding party declaring their commitment to supporting us throughout our marriage.”

A cousin played the guitar and a co-worker sang a song during the ceremony. Two lanterns were placed on the steps leading up to the altar, and two flower arrangements and a candle decorated the top of it.

Wes’s brother choreographed a dance to begin the reception festivities. “Although it was minimally rehearsed, it started a night of dancing that went until the last moments of our reception,” Rachel said. She and Wes wore customized white Nike tennis shoes with the date of their marriage written on them to allow them to dance the night away.

To accommodate Wes’s rigorous residency schedule, the couple had a short honeymoon in Eureka Springs at Beaver Lakefront Cabins before starting life together in Searcy, Arkansas. Rachel is a pediatric physical therapist and Wes is an internal medicine resident physician.

Rachel is the daughter of Tim and Maggie Drennan of Columbia. Wes’s parents are Will and Cindy Cunningham of Littleton, Colorado.