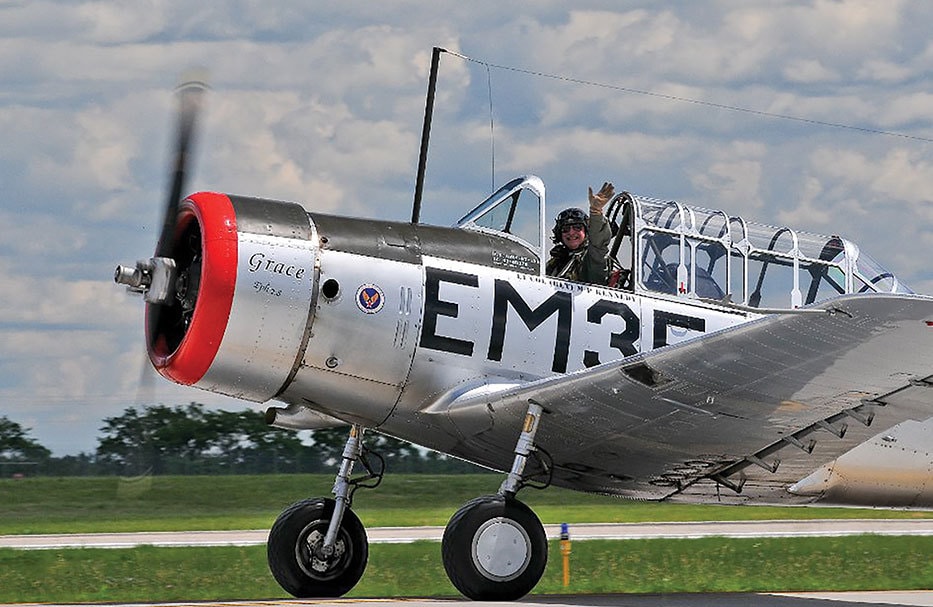 Every year, thousands of people from Columbia and the surrounding area head to Columbia Regional Airport for the free two-day air show over Memorial Day weekend, a key component in a six-day celebration that includes a wreath-laying ceremony and a big parade. Attendees thrill to the breathtaking aerial performances, explore the vast variety of aircraft on display, and are moved by the “Salute to the Nation” ceremony. But not everyone knows the history of the show or its higher purpose.

The air show originated in 1989 with Columbian Mary McCleary Posner. She conceived it in response to a directive from her father, a World War I veteran. He told her that she was able to enjoy a successful corporate career because very brave men and women had risked their lives to give her the freedom to do so, and if she could ever figure out a way to say, “Thank you,” she should.

Her answer was to create the nonprofit Memorial Day Weekend Salute To Veteran’s Celebration Corporation. Its objectives were five-fold:
1. To recognize, honor and thank all veterans of the Armed Services of the United States of America, past and present, who have served their country, both living and dead.
2. To organize parades, air shows, static displays and any similar type activity to recognize the aforementioned veterans, particularly the holding of such events on the day designated by Congress as “Memorial Day” and the weekend thereof.
3. To conduct educational programs, seminars, dinners, events and meetings to recognize and honor veterans.
4. To raise funds for the above purposes and to spend those funds in the furtherance of the above-mentioned purposes.
5. To construct permanent memorials in various public and private places to recognize veterans as set forth above.

This is the air show’s 29th year, and it’s grown dramatically since drawing its first crowd of 2,000. Today, Posner regularly fields calls from people in the military who want to participate.

“This is quite frankly going to be the biggest one we’ve ever done,” she says. “It’s big because everyone knows about us and they want to come. We’re very specific. We’re all military, solely to honor and remember veterans. It’s the only one of its kind in the United States, that’s free with no admission fee and no parking fee.”

As always, there will be recruiters from the different military branches on hand.
Concession tents and a medical tent will be set up, and attendees can bring in lawn chairs or blankets, as well as strollers. No baby carriages, coolers, dogs or alcohol are permitted.

Posner strongly encourages visitors to take advantage of the bus service that will be available, since parking at the airport is severely limited due to construction. (Handicapped parking will be available.) The buses will charge a nominal fee and will run from the Jefferson City airport and the Trowbridge parking lot near the MU Veterinary Hospital.

Dark in the Park