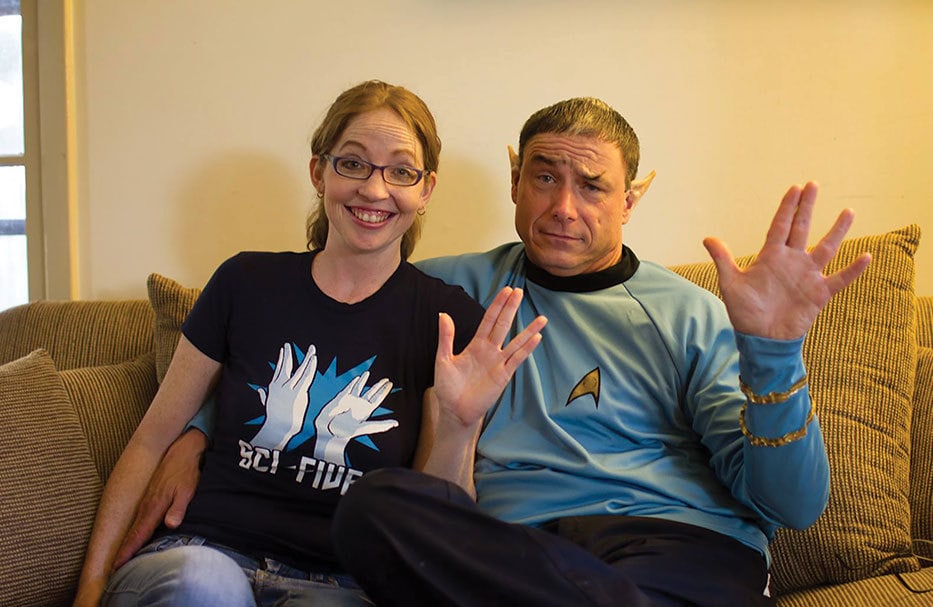 Imagination and excitement. The playwrights of the Jackie White Memorial Play Writing Contest look to capture both of these in the hearts of young audiences. At Columbia Entertainment Company (CEC), the contest is a staple of the theatrical season and this year promises to be a unique experience with the children’s musical “The Zenith Escape” by David Crespy with music by Meg Crespy.

Beginning in 1988, the Jackie White Memorial Play Writing Contest was created by Debbie Baldwin who was in search of youth theatre plays for large casts.
“In those days, there were very few scripts that addressed youth theater,” says Debbie. “I spent many hours padding scripts to give students a few lines who otherwise would stand in the background. I remember I lamented to my vice president (at the time, Debbie was president of CEC) about this problem and he suggested we develop a playwriting contest. So we did!”

The contest originated under a different name but was changed when Jackie Bromstead White, a playwrite herself and former head of Rock Bridge High School’s drama department, passed away from cancer in 1991. The decision was made to dedicate the national submission competition in her honor.

This year’s first place winner was “The Zenith Escape” written by Dr. David Crespy, professor of playwriting, acting, and dramatic literature with the University of Missouri. Crespy wrote the show with musical assistance from his wife, Meg Phillips Crespy, a local artist and theatrical performer.

“This was actually our first collaboration [on a script],” Meg said. “We actually work well together. Which was nice to find out.”

“The Zenith Escape” follows the adventures of two kids who, while fighting over control of the television, are swept away into the television to the land of Zenith. There they learn that their mother has been captured by an evil game show host and the only way to get her back is to work together. Along the way they encounter new characters such as couch potatoes and a cartoon bear that sold his soul to sell fabric softener.

David originally wrote the show over 20 years ago as a cautionary tale about children spending too much of their time in front of the television. Now, with youth having access to more screens than ever, David has revised the play to fit a more modern audience while keeping with the same theme.

The years haven’t only changed the play, but David himself, who is now a father of four sons and understands more than ever the importance of disconnecting from technology to build better relationships and communicate on a personal level.

David then uses his childlike enthusiasm and self-admitted corny sense of humor to keep the audience engaged. The show allows for a lot of variety from song styles to moments for those watching to interact with the stage characters.

With the recent success winning the Jackie White Memorial Play Writing Contest, David and Meg plan to take their show to the next level. They plan to finish the judges’ suggested revisions and add a final musical closing song within the month. Shortly after the additions are complete, David plans to have the play published.

Columbia Entertainment Company will showcase “The Zenith Escape” for an event at the theater on Jackie White Memorial weekend, May 6-7. Those interested in celebrating local artists and playwrights are encouraged to attend as the event is growing and open to the public. Visit www.cectheatre.org for more information.