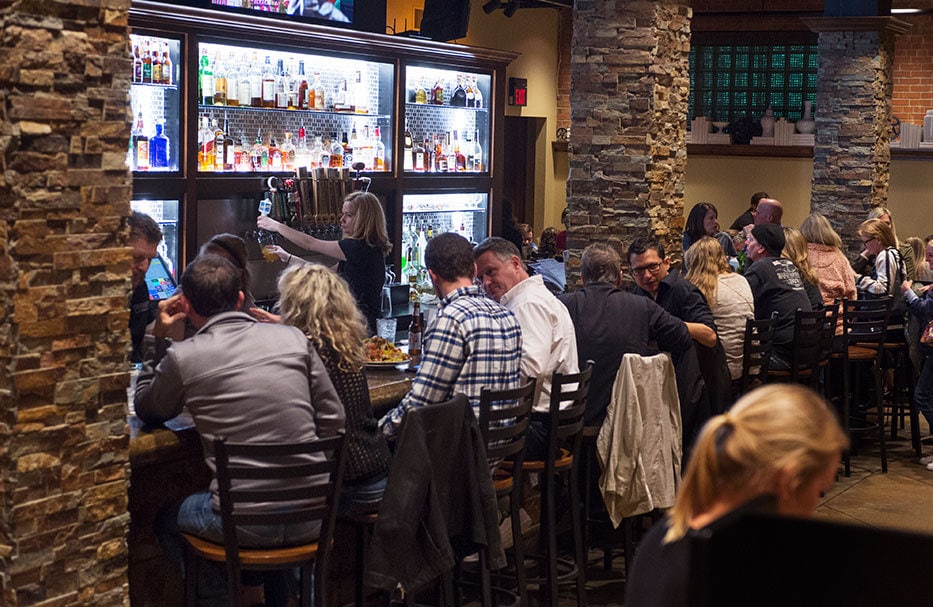 When Adam Dushoff, Matt Jenne, Jeremy Brown and Brad Pippen opened Addison’s in 1999, a lot of collective fingers were crossed. Yes, the group had solid restaurant experience, having worked in restaurants since the age of 15, but opening a brand new restaurant (two, in short order actually, since the four also opened Sophia’s in 2001), was something they hadn’t tackled before.

Now in their 18th year of business, the three remaining partners (Pippen sold his interest to them in 2008) have reason again for crossed fingers: They’re planning to open a second Addison’s location in south Columbia. The new restaurant would be located at the southwest corner of Vawter School Road and Frontgate Drive.

The trio received an initial green light from the city, and they hope to have the new location operational in 2018, but it will all depend on the permitting and building process.

Unlike when they opened Addison’s and Sophia’s, they will be working with a general contractor.

The desire to open a second Addison’s location was largely based on the population growth in south Columbia. “There are a lot of people in this area south of town who don’t travel north,” says Dushoff.

Dushoff says they’d been looking for upwards of five years for the right spot along the Scott Boulevard corridor, and feel it’s the right time to expand.
So what can diners expect from a second Addison’s location? The décor will be reminiscent of the original. There will be some elements that have to evolve, Dushoff says, for example the columns. There’s no structural need for them at the second location, since it will be new construction.

“We’re not going to have a wildly different look,” he says. “It will be familiar, but whether it’s a clone or not remains to be seen.”

The menu will also remain true to that of the original Cherry Street eatery, developed largely by Brown. Many of its delicious dishes have been served since it opened. Take the nachos bianco.

“It’s been a mainstay of our restaurant from day one, as a matter of fact,” Dushoff says. “It’s very rare for a menu to be that stable. We actually have a number of items that are exactly like that … the turkey club wrap, blue steak wrap, chicken cobb salad and chicken asiago pasta. We’d love to tell you that it’s because we knew what we were doing. But a lot of it is luck and you don’t normally have recipes in restaurants that stay around that long.”

But don’t think the menu won’t see any changes. Dushoff says Addison’s is not seasonal but does change from one to up to five items on a yearly basis. The addition of a second location will also likely spur some menu exploration.

Both Dushoff and Jenne are excited about the prospect of opening a second Addison’s. They feel Columbia can easily support another dining option. Dushoff isn’t completely certain, but he believes that Columbia has the greatest restaurant density in the state. And he says that’s a good thing, because there’s a healthy competition.

“People have to eat everyday,” Jenne says. “And just like when you buy a Ford and then another Ford, brand loyalty is very important in the restaurant industry. Variety actually helps the restaurant industry because it encourages people to go out more and try different things. As long as you give them a quality meal and a quality experience, they’ll keep coming back.”