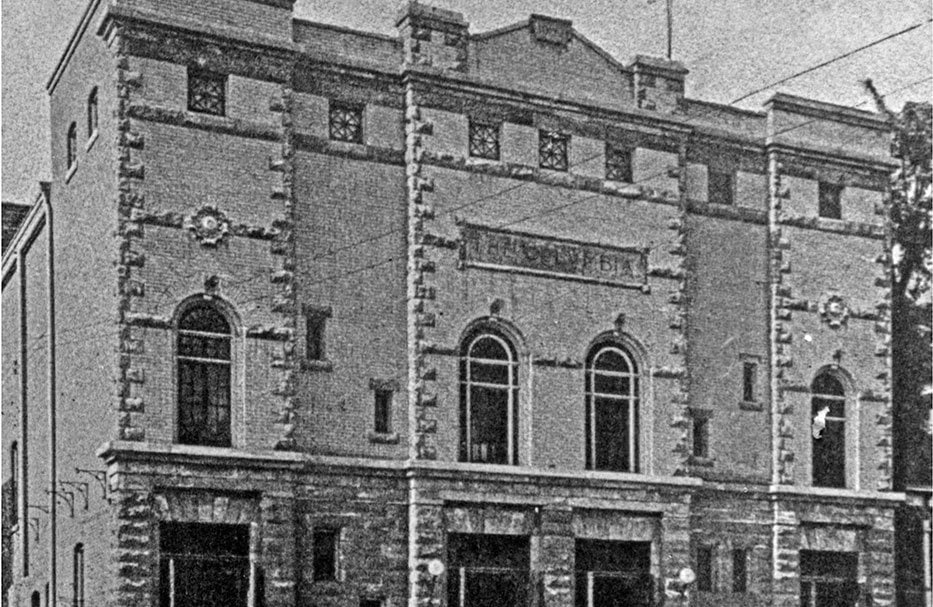 The photo to the right is the Columbia Opera House, also later known as the Columbia Theatre. It was built by Josiah W. Stone. According to “The Writing of North Todd Gentry,” it featured 1,100 seats for “theatrical entertainments, musical comedies, moving picture shows…and political speaking.” The building would later see its top stories destroyed by fire. At one time it was the home of Tiger Laundry. Can you guess what business is standing at that location today?  Do you know the address of this photo?
For this month’s contest, answer one of the questions above on the Boone County Historical Facebook page or the Prime Facebook page or email us at prime@insidecolumbia.net to submit your guess. What do you win? Bragging rights, of course, and the chance to have your response listed in the next issue.

In our April issue of Prime, we asked readers to identify the location of the Columbia Automobile Co., and what stands there today.

In 1910, the Columbia Automobile Co. was located at 108-112 S. Ninth St. This photo shows the city’s first automobile dealership and garage. Fred Niedermeyer was the owner. In 1936, a Piggly Wiggly Grocery opened there and then later it became Rome restaurant. The street numbers were probably adjusted at some point and the space is now the site of the Lofts by Beals on Ninth building that houses Harold’s Doughnuts. In 1916, the Hall Theatre would be built just to the left of the Columbia Automobile Company.

If you have memories or recollections of buildings in either of these two photos, email us at prime@insidecolumbia.net.

Ready for a Road Trip