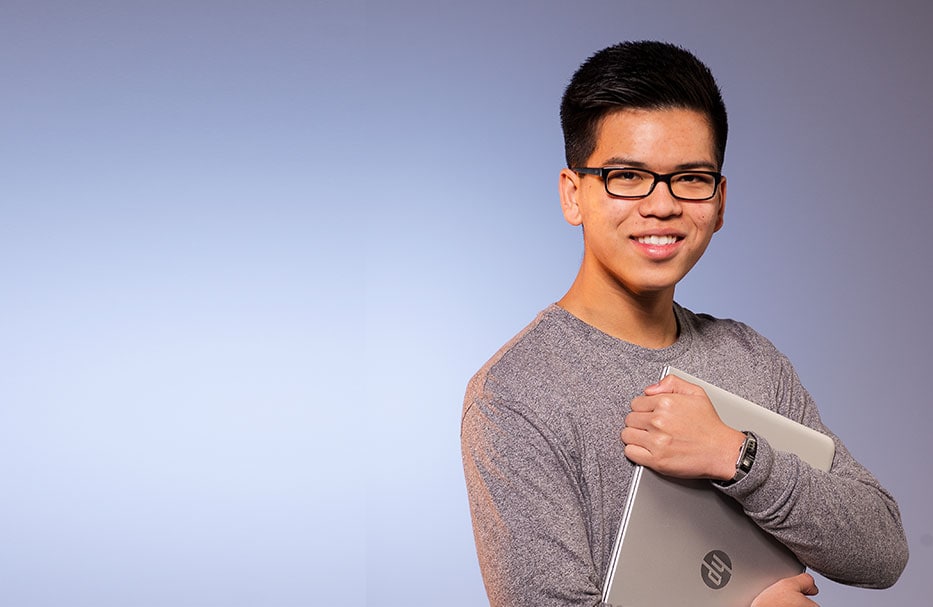 Rock Bridge High School senior Boonakij Palipatana had some doubts when he first stood in front of a class of children with special needs. “I was wondering how much of a difference I could actually make. I started off with a lesson that would excite the students, and prepared for them to do the greatest science project known to mankind: the baking soda and vinegar volcano,” Boonakij wrote.

The volcano was a success, and Boonakij returned to the class every other week for a semester, bringing them hands-on experiments to explain scientific concepts. “Although their ability to understand … was restricted by their disabilities, their fascination by hands-on projects and their desire to learn and create was evident. I bonded with them, and all of the students’ engaging personalities, kindness and sheer resilience in spite of their disabilities were inspiring.”

He wanted to stay engaged with them when the semester was over so he volunteered for the United Challenge, an athletic event for special needs students. As president of the National Honor Society, he motivated that group to participate in activities that support the disabilities community. Boonakij also leads Mu Alpha Theta, a math club that organizes math contests among elementary school students. He plays soccer, competes in math and personal finance competitions and is a member of the Youth Advisory Council for the city of Columbia. He attended Boys’ State and was selected to be the governor’s chief of staff.

Plotting his future, Boonakij searched for a field that combines his two passions — people and mathematics. “Data science beautifully merges analysis through statistical models with the personal side of business, and coincidentally enough, it’s also changing the world. In brief, through identifying patterns and drawing analysis from ‘big data,’ data science allows us to understand countless phenomena, including societal behavior. It’s this realm of data science, which works to comprehend and influence society, that I wish to engage in. By majoring in information science with a concentration in data science, I’ll be taking the first steps toward achieving my goal of using my academic and personal strengths to make beneficial impacts on our society.”