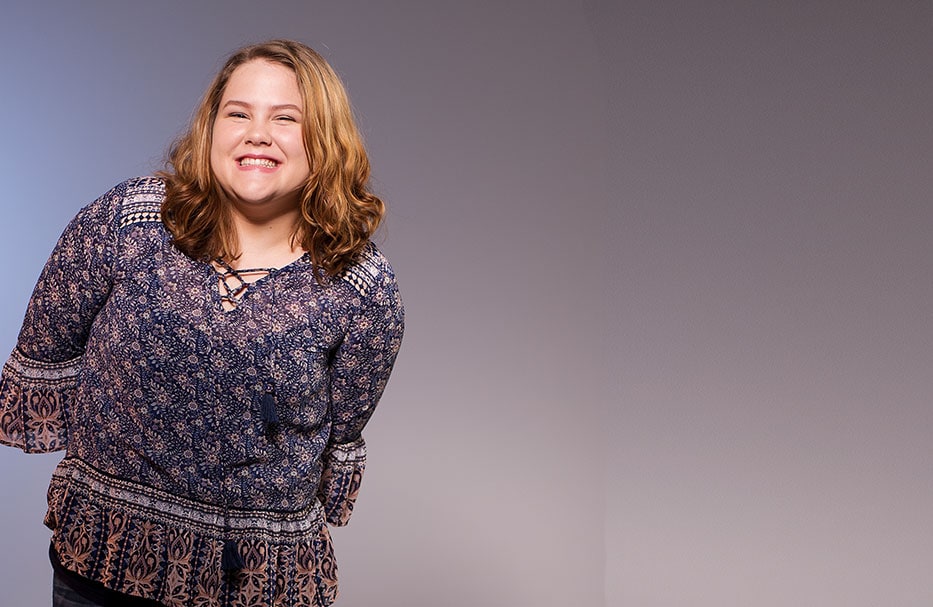 Rock Bridge senior Mariah Dale knows the power of storytelling. She is a gifted singer and musician who wants to use her skills to tell meaningful stories through music and digital media to change attitudes and lives.

Mariah was on the receiving end of gifted storytellers when she went on a mission trip to Gary, West Virginia, last summer. “When U.S. Steel stopped mining in the mid-1980s, Gary’s economy suffered dramatically,” Mariah wrote in her essay. “More recently, the town was devastated by flooding. My service directly impacted the community. I cleared overgrown trees and plants from a resident’s yard and a local park, mentored daycare youth, and visited and played board games with nursing home residents. While I served, I talked with the people of the town, all of whom had led very different lives and had incredible stories to share.”

Mariah worked in a daycare center for children, many of whom had developmental or behavioral issues. She learned many were being raised by grandparents because their parents couldn’t or wouldn’t take care of them. “And the children whose parents were raising them often worked more than one job, meaning it was not uncommon for the kids to be left alone for much of the night, making the daycare center the most structured home environment for most of them.”

Mariah sings in several concert and show choirs, lettered in vocal music and even performed at Carnegie Hall last year. She is a member of the National Honor Society, Rock Bridge Reaches Out and performs a variety of duties for her church. “Beyond music, my passion is in giving back to others in meaningful, genuine ways.”

Mariah plans to attend MU in the fall, where she will expand her musical ability while exercising her creativity through digital storytelling.

Digital storytelling is a relatively new term, which describes the new practice of using digital tools to tell a simple narrative. Digital stories are multimedia movies that combine photographs, video, sound, music, text and often a narrative voice. “I would use music in these productions to appeal to the company’s target audience… My ideal job in the music world, however, would be performing in operas or musicals in traveling performance companies.”

Mariah is the daughter of Logan and Shanna Dale of Columbia.