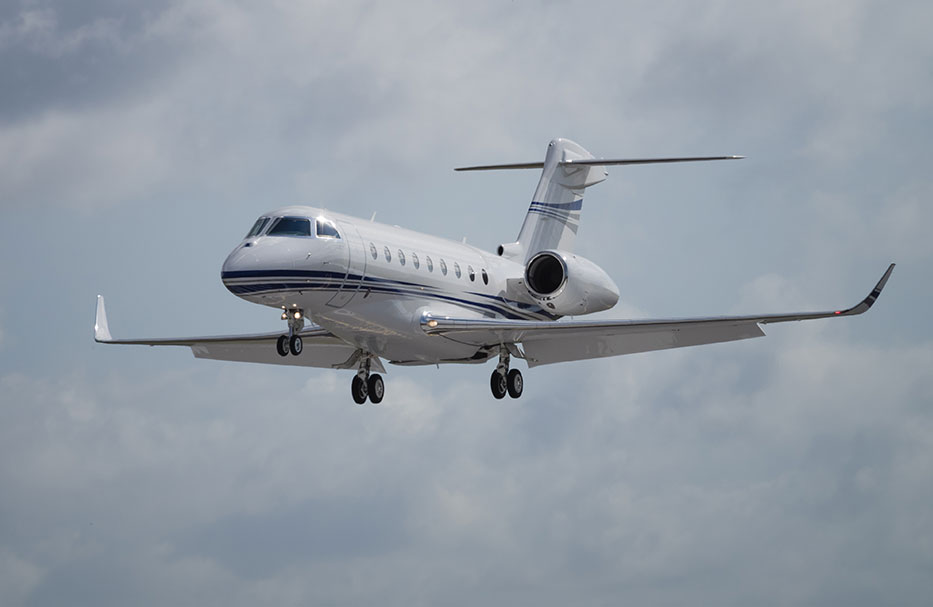 This was a headline and story that almost was. At the height of the recession and with air travel still in the doldrums after 9/11, passenger numbers at COU sank to record lows in 2007. A little over 9,000 passengers boarded flights at Columbia Regional (COU) and the airport was without an air service provider for several months. When air service was available, it was so unreliable that travelers refused to take the chance their flight would actually occur and instead went elsewhere. City leaders had to ask the hard question: should we continue or simply close the doors, turn out the lights and concede that St. Louis and Kansas City are the only options for air travel?

Today, we know COU did not close its doors. We are fortunate that city leaders and staff had the belief and conviction that COU could be a viable economic driver for Columbia and mid-Missouri. Instead of closing the airport, an idea was hatched to take a hard look at what was ailing COU. The city, with a grant from the Federal Aviation Administration (FAA), entered into a contract with RS&H Inc. to develop an ambitious updated 10-year master plan to improve the infrastructure at COU with the hopes air service and passengers would return.

The final report in 2006 from RS&H Inc. indicated, in short, the runways, taxiways and buildings were all in need of significant repairs, upgrades or replacement. Specifically, the primary taxiway, the entire crosswind runway, portions of the primary runway and much of the apron were in need of complete reconstruction. The terminal, designed in 1963, did not meet many ADA requirements, modern TSA screening had consumed a large portion of the original lobby, and passenger boarding area and a temporary mobile home attached to the terminal in 1974 was not a sustainable secured passenger holding room. The estimated costs to complete the projects identified on the 2009 master plan were in excess of $65 million. Would the investment of millions of federal and local funds turn things around?

With a plan in place, city leaders, staff, airport management and the FAA embarked on a journey to prioritize and fund the infrastructure projects outlined in the report while also working to secure reliable air service to major hub airports.

What a difference 10 years and a well thought out plan makes.

Infrastructure projects began to take shape. In 2010, the Missouri Department of Transportation (MoDOT) moved forward with a project off airport property that allows airport users to have safer access to the airport when they constructed the US 63 and Route H overpass.

Since 2010, in partnership with the FAA, these infrastructure projects have been completed at COU:
2012 – new perimeter security fence
2014 – Runway 13-31, the crosswind runway and taxiway went into design
2015 – Realignment and construction of Rangeline Road to accommodate the runway 13-31 project
2015 – The Airport Crash Rescue Truck replacement was funded
2015 – The State of Missouri appropriated funds for the Terminal Area Master Plan
2016 – Construction of runway 13-31 and Taxiway B began with expected completion in the fall of 2017
2017 – the design work to realign State Route H to accommodate the future extension of the primary runway, 2-20, began.

These projects combined invest more than $40 million in vital new infrastructure at COU. It is important to remember that the future projects are subject to approval by the FAA and are dependent on FAA funding. The city has a great partnership with the FAA and believes these projects will move forward as scheduled.

In tandem with the infrastructure projects, a focus on securing reliable air service began. Dusting off a 2006 Passenger Demand Analysis, the community and consultants began to look at how to stop the revolving door of air service providers at COU and secure at least one reliable air carrier.  In August of 2008, Northwest Airlines began daily air service to Memphis through an Essential Air Service (ESA) agreement with the FAA. A small step in the right direction, but not quite where air travelers had hoped to go and EAS can often be difficult to sustain. Patience was rewarded when Northwest merged with Delta in December of 2008 and daily jet service to Atlanta began in the spring of 2009. Direct daily flights to a major hub gave hope that air service would continue to improve. A few years later in 2012, Frontier Airlines announced it would begin weekly service from COU to Orlando, a popular tourist destination.

Mimicking a similar plan, first used at Manhattan, Kan., to entice air service for their community, COU’s air service was greatly enhanced when city leaders, local businesses, the University of Missouri, Boone County and others created a two-year, $3 million revenue guarantee fund to entice airlines to provide additional flights and destinations to and from COU. American Airlines soon announced twice-daily jet service between COU and Dallas – Fort Worth, along with once-daily jet service to Chicago O’Hare on Feb.14, 2013. The question was whether the revenue guarantee would be successful or would the investment be a bust and would air service at COU soon be back on life support?

Of course we know today that the community investment has paid dividends, literally. American has been a staple now at COU for four years, adding a second-daily flight to Chicago O’Hare as well as retiring their fleet of 50 passenger jets and replacing them with 65 and 75 passenger jets on both routes to meet increased demand. An additional announcement was made of new 175s becoming part of their fleet at COU with a roomier cabin for greater passenger comfort come August. And, the revenue guarantee funds were returned in 2015 to all of the investors with interest!

It is said that success follows success. In March, United Airlines announced they would provide daily jet service from COU to Denver International Airport as well as twice-daily jet service from COU to Chicago O’Hare beginning on Aug.1. Additional daily flights to a major hub and service to a new destination has been met with great enthusiasm. Denver has long been on the list of requested destinations by mid-Missouri travellers. With both American and United providing service at COU, air travellers now have more options, with 14 flights arriving and departing COU daily starting on Aug. 1. And who knows what the success of two major airlines operating at COU will bring in the future?

As record numbers of passengers flow through COU, the aging terminal soon came into focus. The firm of Parsons-Brinkerhoff was hired with monies from a grant through the Missouri Department of Transportation Aviation Division to determine the future terminal needs. The report is expected to be complete by the end of June and in the hands of FAA for review and comment.  However, enough work has been completed to date to clearly show the need for a terminal expansion.

With this information, the Columbia City Council placed a ballot issue before voters in August of 2016 to temporarily increase the hotel-motel gross receipts lodging tax by 1 percent for up to 23 years to raise $10 million towards the terminal project, which is estimated to cost between $38-40 million. Voters handily approved the temporary increase and hotels-motels began collecting the monies on Jan. 1.

Local elected representatives in the House and Senate at both the state and federal level are avid supporters of Columbia Regional Airport and the terminal project. City officials are pleased to recently learn that pending the Governor’s signature on the 2018 state budget, an allocation of $2.5 million was approved to help fund COU’s terminal project.

The city continues to meet and discuss airport terminal needs with partners at the FAA. It is hoped that the FAA will utilize discretionary monies to fund up to $20 million of the airport terminal project. So far, this partnership looks promising.

In about a year, Columbia Regional Airport will celebrate its 50th birthday. Although there have been some rough times since 2007 at COU, it is on a positive trajectory. The next 50 years look very promising, thanks to an engaged community and the support of local, state and federal leaders who understand that safe, reliable air service and modern terminal facilities are an economic engine for Columbia, Jefferson City and all of mid-Missouri.