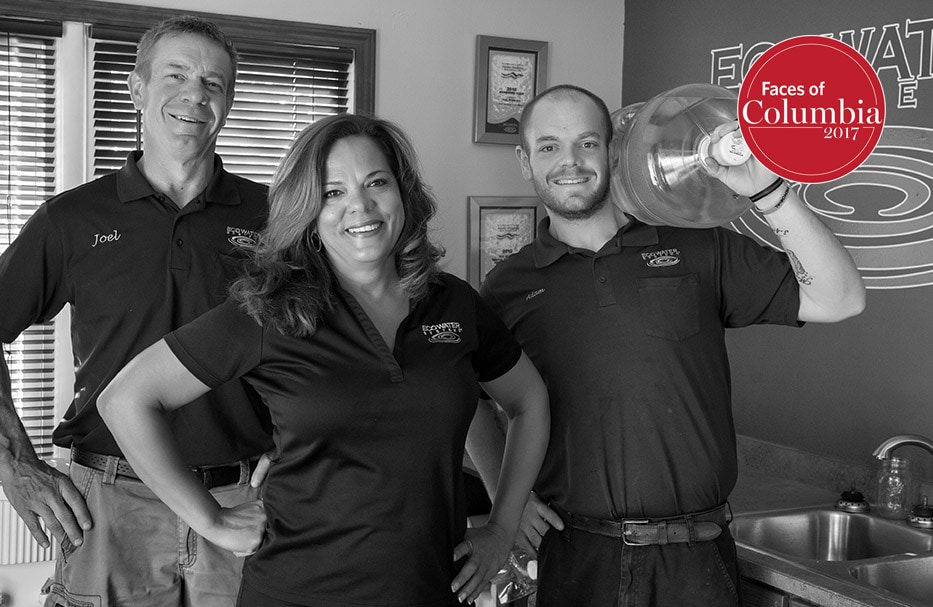 The Face of Clean Water Solutions

For Joel and Pam Mietzner, EcoWater Systems is a family busieness. Joel started working for his father at age 13 at his dad’s EcoWater dealership in Kankakee, IL. After Joel moved to Jefferson City, Missouri in 1983, he began working for Nelson Perry at the EcoWater location there as a service worker. In 1998, opportunity rose for Joel and his wife Pam when they purchased the Jefferson City location from Perry to start their own legacy in the EcoWater family. Joel’s son, Adam, began working alongside his parents in 2003, continuing the tradition.

As the business began to grow, a bottling plant was added to the company in 2006. To keep up with the expansion of customers, additional employees were hired in 2009. Currently , Joel and Pam Mietzner have eight full time team members and one part time employee, all motivated to provide the homes and businesses of Mid-Missouri with clean water treatment systems. With the advance engineering of the products their team uses, Joel, Pam and Adam ensure a reduction of energy consumption and operating expenses: A win-win for both the purchaser and the environment.

Due to their customer focused servic e, business for Joel and Pam Mietzer continues to grow rapidly. In May of 2012, they decided to join forces with Linda Libert and purchased EcoWater Systems in Columbia, MO. Linda brought 23 years of sales and service experience and 1,200 plus customers. Expansion occurred again in 2015, when the EcoWater dealer at the Lake of the Ozarks retired, and Joel was given the Lake territory as well.

Success has not changed EcoWater Systems for Joel and Pam however. Their family still operates the business with focus on building strong relationships and personalized service.

The Face of Technology Services

The Face of Full Service Marketing