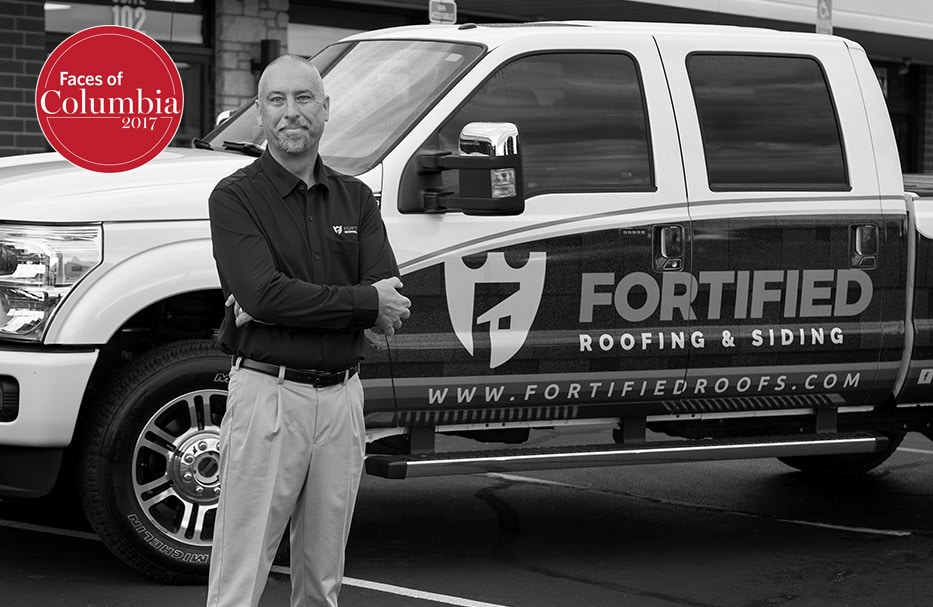 The Face of Quality Roofing Repair

Owner Larry Herzing, at Fortified’s helm for a year, has 18 years of experience in the roofing and siding industry. He was previously one of the owners of Manor Roofing and Restoration.

In founding Fortified Roofing & Siding, Herzing wanted to create a company where people were treated like family. He wanted to be able to help homeowners through a time that can be overwhelming and/or confusing.

During his years in the business, Herzing learned that many homeowners don’t do their research and often choose based solely on price, which results in a low quality experience. He wanted his customers to know that they can trust him, because he won’t just tell you what you want to hear, he’ll tell you the truth.

Herzing attributes his success to God, family and customers. Family motivates him to live with integrity, and lead by example. He wants to show his kids that you can be successful and do what’s right. He wants Fortified Roofing & Siding to be a legacy he can pass down to his daughter.

The word “relax” is a foreign one to Herzing. He’s always on the move and has a need for speed. He loves both speed boats and sports cars, and hopes to one day own a Marine Technology, Inc. performance boat.

The Face of Residential Realty

The Face of Full-Service Auto Care