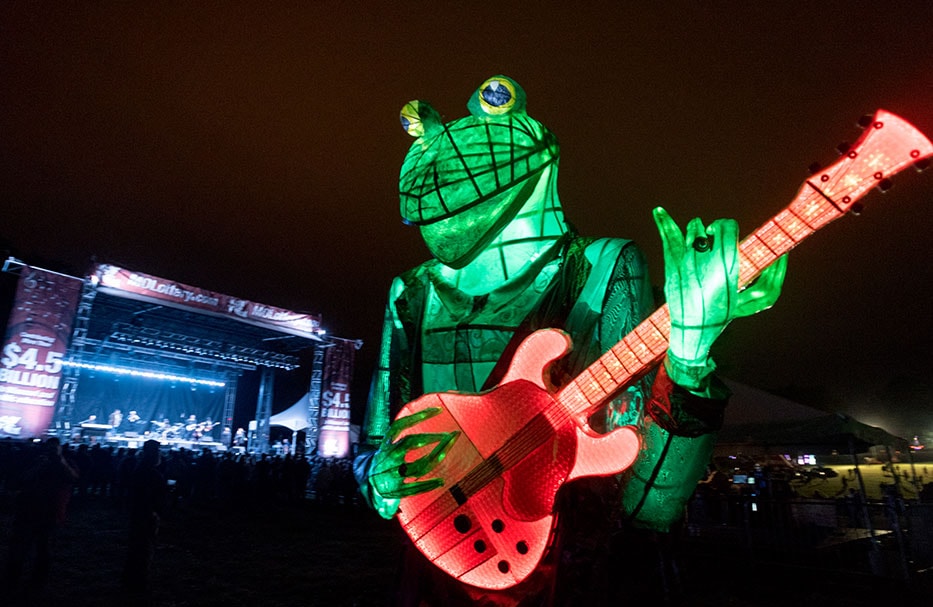 Festivals conjure up an excitement like no other in our town. You can feel the pulse heighten even in the chill of winter or the humid heat of summer. Art in the Park and Citizen Jane have long been beloved events of Columbia’s annual festival schedule, and the list continues to build.

Festivals remind us why we love Columbia so, and make others fall in love with our town, too. And, those festivals feel the love, too, according to president of Roots N Blues N BBQ, Richard King.

“The outpouring of volunteers, and people that want to come help us and work for us, there are so many ways in which we are supported by the community. It would take me forever to list them…” says King. “That’s your community coming together to support something that has put Columbia on the map.”

Roots n Blues n BBQ
As summer fades and fall approaches, in rolls the sweet sounds and savory flavors of Roots N Blues N BBQ. The festival has brought the euphonic melodies of some of the best in blues, along with the best in barbecue, to Columbia for the past 10 years.

The simplicity of two stages, good food and good music combine to make this event stand out for its willingness to maintain focus on the true star of the show: the music. “There’s not a lot of bells and whistles involved in what we’re doing. No smoke and mirrors… I think we appeal to music lovers, and there are a lot of music lovers out there,” King says.

Pedaler’s Jamboree
Pedaler’s Jamboree is no ordinary bike ride on the Katy Trail. Set to live music, thousands of bicyclists congregate on the MKT and Katy Trails each year on Memorial Day weekend to make the 30-mile trek from Columbia to Boonville.

There are scheduled stops along the way where cyclists can enjoy a concert and a cold brew. The festivities don’t end once you reach Kemper Park in Boonville. Stay the night in a tent and enjoy the music and fireworks under the summer night’s sky.

True/False Film Festival
The festival that began as a small celebration of the breakthrough of documentary films in the early 2000s, True/False has now bloomed into an internationally recognized cinematic event.

Though it has grown since its inception, the festival hasn’t lost its quirky charm. “I think the True/False experience is, in a word, festive. It’s really enjoyable. It’s a lot less pretentious than other film festivals in a way that it feels really homegrown and really down to earth,” says T/F Marketing Coordinator Emily Edwards. “You have buskers (street musicians) on every corner, there’s a game show; it’s much more about the enjoyment of watching movies and less about the prestige.”

Unbound Book Festival
The Unbound Book Festival brings local and national authors to Columbia to celebrate literary work and to raise funds to improve literacy in the state of Missouri. The festival pledges to support literacy improvement because, as it states in its mission, books should be for everyone.

The festival celebrated its second year in 2017 with more than 30 local and national authors including world-renowned author Sir Salman Rushdie. Q&A sessions, readings, meet and greets and more are all part of this “amazing day of bookish joy,” as organizers fondly call it, in April.