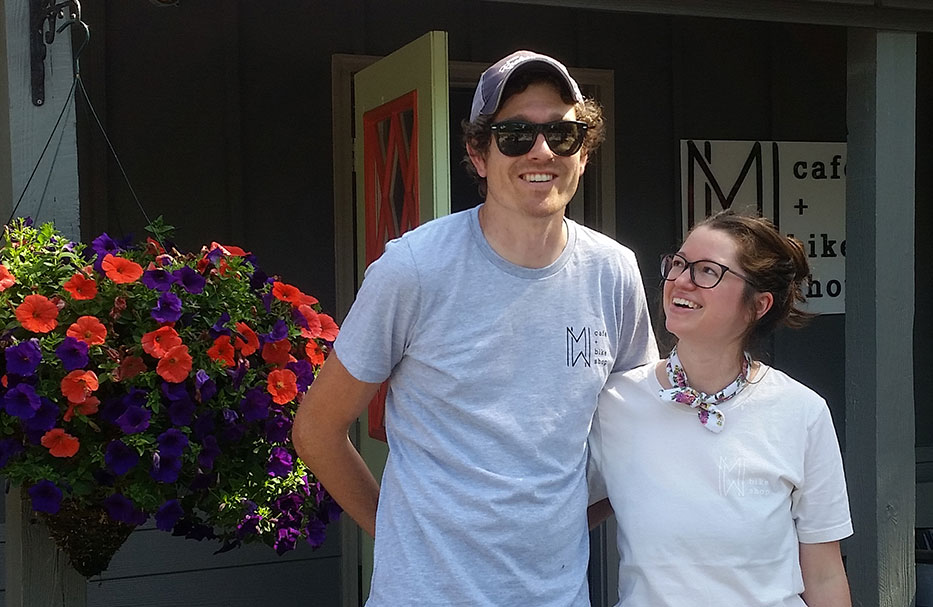 It was only minutes to midnight when a violent thunderstorm whipped its way through the small river town of Rocheport on June 17. Gale force winds tore through the village, ripping limb from root and sending the community into a blackout. While many in town slept through the storm, Brandon and Whitney Vair were far from sleeping — they lept toward the phone to report the power outage to Boone County Electric Co-op.

Just feet away from their front door, in the restaurant they had poured their blood, sweat and tears into, was a fridge full of food that comprised the menu of their only-days-old restaurant Meriwether Café and Bike Shop. Luckily, the power was back on at their restaurant less than an hour later.

Such scares and stresses are par for the course when opening a new eatery, but the Vairs have had more than their fair share of trials in the journey from raising a trailside restaurant from the dead to creating one of the most exciting new culinary experiences in the mid-Missouri area.

Anyone who has biked by the Katy trailhead in Rocheport knows the space where Meriwether now resides. This site was previously known as Trailside Café, a restaurant and bike rental business that was the first merchant to open along the Katy Trail in the mid-1980s. While Trailside Café was once a happening spot, in recent years the property lay mostly dormant. When it went up for auction earlier this year, the Vairs saw an opportunity to turn the space into something new and fresh.

“Whitney and I moved here in 2014 to belong to a small community that would be an idyllic setting to begin our family,” says Brandon. “We have had such an amazing response from the people of Rocheport and that just increases the pleasure it gives us to open this business in a place that we care for so much.”

“Idyllic” is the operative word and it is exactly what comes to mind when sitting outside of Meriwether, enjoying a breakfast plate and sipping on a dark roasted Fretboard Coffee while watching bikes roll by on the trail. My first meal there consisted of a pair of Boatright Farms eggs prepared sunny-side-up, Show-Me Farms bacon and house-made bread, perfectly baked by Whitney. But the true champion of this meal was the not-so-traditional Patatas Bravas — Spanish-style fried potato tossed in garlic and tomato sauce, topped with Creme Fraiche and chives.

The way in which Meriwether blends tradition with an eye to the future is indicative of Brandon and Whitney’s culinary backgrounds. Brandon has been working in the food industry since he was 14.

In 2007, he worked closely with his family to launch Bleu Restaurant and Wine Bar in downtown Columbia.

“I performed every position from dishwasher to kitchen manager and every front of the house position from server to bar manager,” says Brandon. “Having such a diverse experience within a small business that I helped build has been invaluable to informing our new adventure in Rocheport.”

There is little doubt that part of what makes the Vairs’ approach so successful is their synergistic approach to working together. The two met one day when Whitney stopped by Bleu to fill out an application. The restaurant had not yet opened and Brandon proceeded to give his future wife a tour of what would be.

“His passion for the place was infectious and I immediately began filling out the application in the lobby of the Tiger Hotel,” says Whitney. “He kept checking in on me and we ended up talking for almost 2 hours. I never finished the application and he never finished his shift. We walked through downtown getting to know each other and he asked me out the following evening. We haven’t been apart for two days in a row since!”

The two of them worked together at Bleu for almost 3 years. Whitney worked as pastry chef and Brandon was kitchen manager. It was through that experience that they were able to find a workflow that would lay the foundation for their new culinary adventure in Rocheport. Whitney would tell you that it is their different approaches that make things work. “We are very different in our approach to creativity,” she says. “But our styles are very complimentary. I am very stylistic and freewheeling, where Brandon is a bit more analytical in his management style.”

While the Vairs have no doubt seen tribulations while working at Bleu, nothing could have prepared them for the process of remodeling Trailside Café into a restaurant worthy of their vision. What was initially envisioned as a simple remodel turned into a long winding journey of completely rebuilding the interior space. While the tasks were arduous, the Vairs never lost their plucky optimism.

“It has been an unimaginable thrill to have a clean slate to work with. Our vision for the space and what we wanted it to represent was in no way recognizable in the building we walked into,” says Whitney. “We are so grateful for the opportunity to revitalize one of the Katy Trail and Rocheport’s most recognizable institutions.”

Another definitive aspect of Meriwether’s operations is their fleet of brand new rental bikes. A row of brightly colored Marin Stinson STs line the bike racks outside the shop, waiting patiently to get some trail dust on them. Aside from regular trail bikes, Meriwether also has some unique options from kids’ John Deere tricycles to 21-speed mountain bikes for young adults. There are also tandems (bicycles built for two), trikes (three wheel recumbents) and quads (side-by-side recumbents). The Vairs are always looking for new, eccentric bikes to appeal to everyone. They promise more additions to the fleet as they learn what people would like to see.

Fittingly, the café is named for Meriwether Lewis, whose famed expedition with William Clark in the early 1800s made its way through Rocheport. This history is very much engrained in the identity of the town itself and Brandon wished to further establish the connection with his restaurant’s namesake. “Their names grace the streets of town and even some barn cats we know of,” he says.

With an ear to the past and eyes toward the future, the Vairs have embarked on an expedition all of their own. Though it has already had twists and turns, Brandon and Whitney’s epic journey has really only just begun. Like Lewis and Clark before them, Whitney and Brandon have the best possible travel companion in each other to help them down this exciting path. 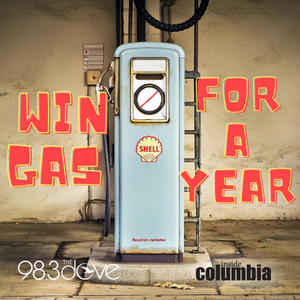