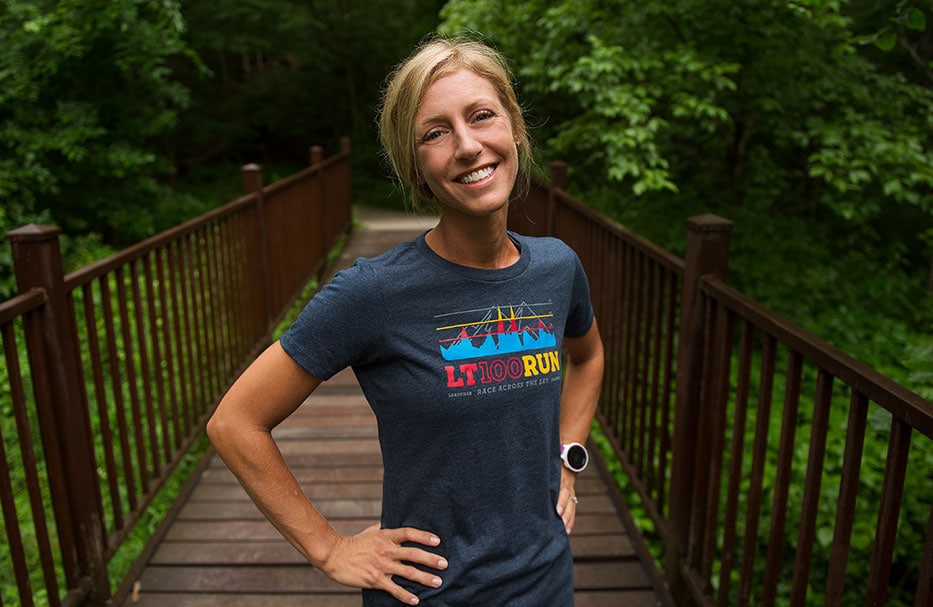 Haley Schwarz says the hardest part of running a 100-mile ultra-marathon race is the mental challenge. “I can push my body to the max for a 4-hour marathon, but for long-distance running it’s more about the stamina,” she said. “I’m constantly challenging myself to keep up a reasonable pace but still meet my needs for fuel and water every hour for 24 to 28 hours.”

The Leadville Trail 100 is held on dirt roads and mountainous trails in Leadville, Colorado. It starts at an elevation of 10,200 feet; runners in the race climb and descend 15,600 feet with elevations ranging between 9,200–12,620 feet. Begun in 1983, it was conceived as a way to bring tourism to the town. Opponents called race organizers “crazy” and said people might die. The organizers figured that was one way to make the town famous. 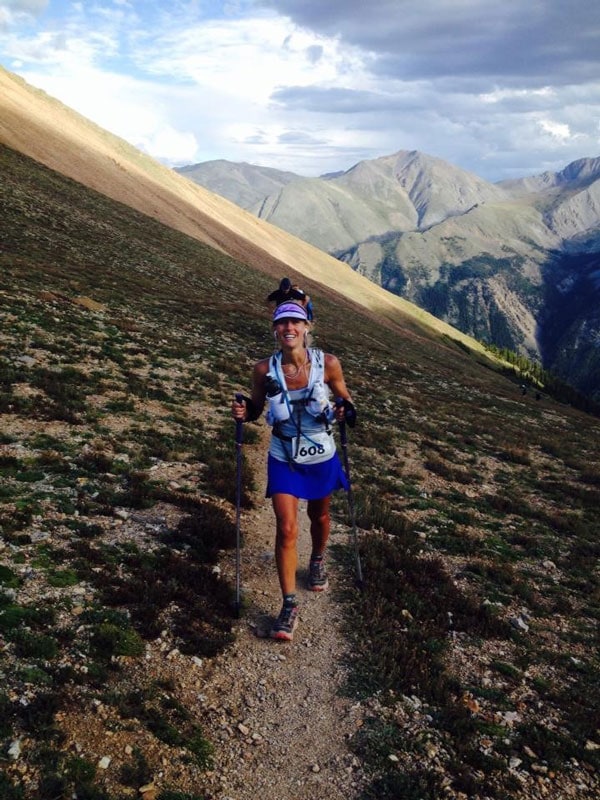 Indefatigably upbeat, Haley finally admitted that yes, running 100 miles up and down mountains made her toenails hurt. What made it worthwhile? “It was such an accomplishment,” she said. “I didn’t know if my body could do it. But the support of my family and friends made it possible.”

Runners can have four designated “pacers” that can run up to 15-mile segments with them. Haley’s pacers were friends who had run together socially for many years. They were willing to leave their families in Missouri so they could accompany Haley to Colorado to support her run. Family, including her husband, brother and 10- and 12-year-old sons, cheered her on from the eight aid stations set up to provide food, water and changes of clothes as the weather dictated. It took her 28 hours to finish the race, placing 14th in a field of 51 female runners.

Haley and her friends also competed in the Boston Marathon in 2013, the year of the bombing. The experience, terrifying as it was, also cemented their friendship and determination to keep running, so Haley set her sights on Leadville. “We’re all just casual runners,” Haley said. “We set doable challenges together. None of us are out to win.”

Haley began training for the race a full year before the actual competition. She consulted a clinical exercise physiologist, Tom LaFontaine, to devise a training plan that included long jogs, climbing muscle workouts and higher intensity training at least once a week. One of the goals was to determine a pace that she could maintain for many miles and hours.

“I definitely rested for two to four weeks after the race,” she said. “Your heart rate can be affected for a month. If you push your body to the max, you have to take time to recover.” Her toenails, toes, feet — her whole body, in fact — hurt. “But it’s like labor, I guess. You forget about it after it’s over.”