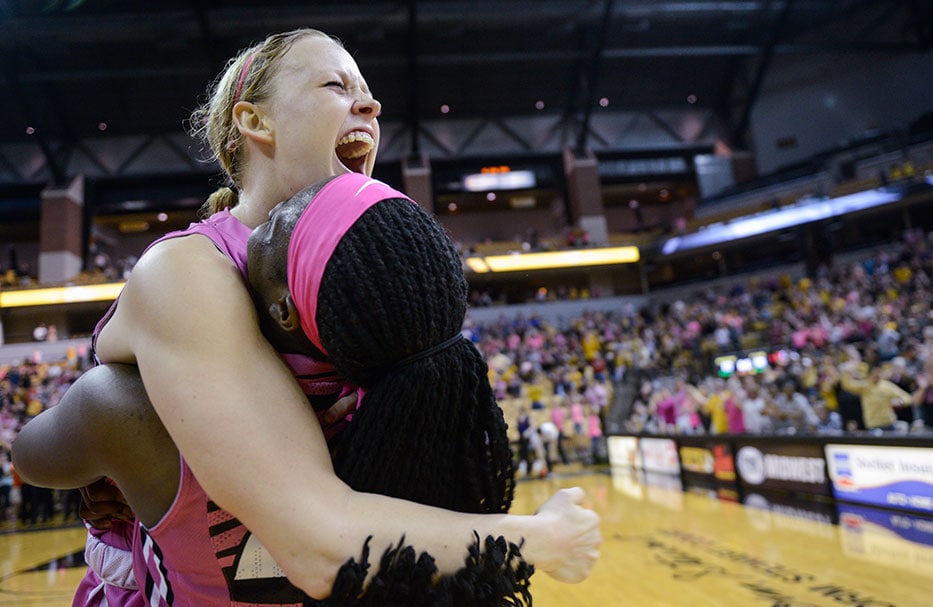 Score the Winning Point in a High Stakes Game 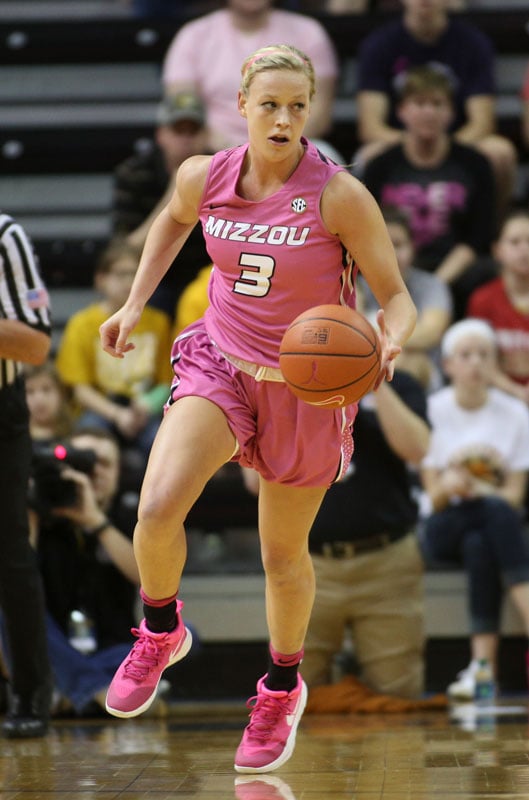 On February 19, 2017, the Missouri women’s basketball team was up against sixth-ranked South Carolina to clinch a spot among the SEC’s top four. The teams were evenly matched, trading leads throughout the game. With 1:24 left in the game, the score was tied 58-58.

South Carolina got two free throws, but Sophie grabbed an offensive rebound and tied the game at 60-60 with 35 seconds left to play. South Carolina had the ball, but teammate Leanna Doty took a crucial charge, which gave the ball back to the Tigers with 23 seconds remaining. Sophie drove inside from the left wing and blasted the ball into the basket to knock off South Carolina in the final seconds of the game.

“That moment was pretty surreal,” Sophie said. “I honestly can’t remember what was going through my head.” But when she watches the video, she gets goosebumps. “We knew going into the game that we could win, but it was going to be tough.” Almost 8,000 fans were in the stands when she scored the winning points. “It would have been a total different experience if we didn’t have that amount of people in the stands. At the final horn, everyone went crazy.”

It was a celebratory frenzy. “I have never experienced that before in all of my career,” said Sophie. “Shout out to our team, our program and our fans. I mean that was just such an awesome environment and our team didn’t waver at all. Just to have that feeling afterwards and just our whole bench coming was something I will never forget.”

Women’s basketball coach Robin Pingeton had special words for Sophie: “She is mature beyond her years on the court for her to be doing what she does. I think the calmi ng feeling that she gets coming from her teammates helps, too. You have to acknowledge what a special player Sophie is. She is such a hard guard because she is physical and strong, she can post and she can create off the bounce. She can shoot the three, too. One of the best traits about Sophie is that she is one of the most unselfish players that you could ever want to have on your team. She’s got great court vision and she is not afraid to make that extra pass so she really does a little bit of everything. We knew we were getting a special player coming in. I think she will always credit her teammates and it is truly a great team effort.”