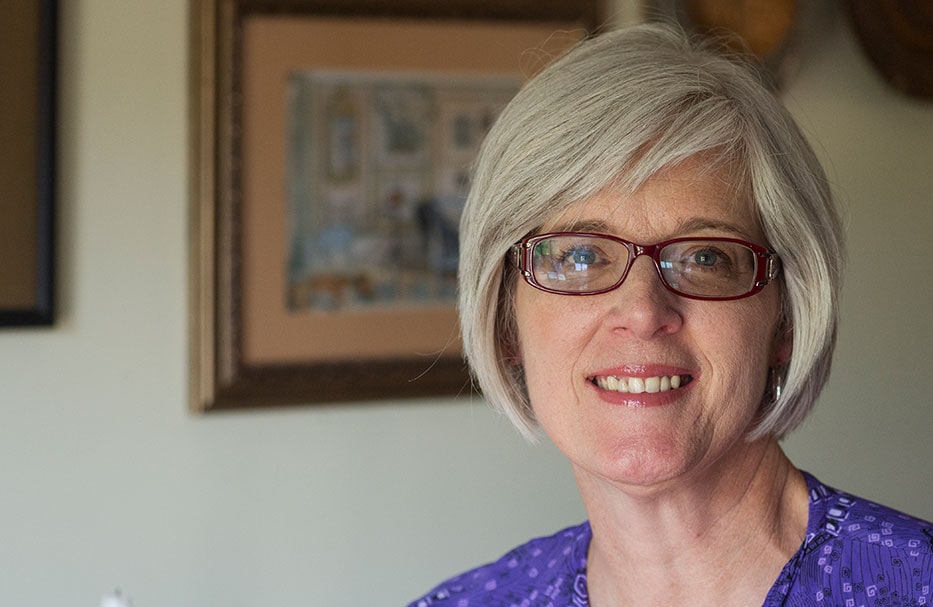 With “Mongolian Interior: An Expatriate Experience,” a collection of creative nonfiction stories, Lori Younker has joined Columbia’s growing list of published authors. As an educator specializing in Teaching English as a Second Language (TESOL), Younker is invested in both the English language and cultural exchange. Her writing has benefited from her involvement with the Columbia Writers Guild, where she was president for four years and is currently their member at large.

Younker shares the reality of an expatriate experience. Readers begin to understand that acculturation is more than unique foods, clothing, language learning, politics and landscape. Her descriptions delve into the nuances of courtesy, maintaining the self, the dulling of the newness and the rules of physical contact. Younker says, “The book is more about the psychological journey, the acculturation process, not which country you are in.”

In 1993, Younker first visited Mongolia with her husband, Bill. In 1995 they traveled to Mongolia again with their three children, Pete, Joanna and Mary. The family remained through 2000. It was Younker’s desire to portray Mongolia truthfully, without hiding the difficulties, politics and struggles, but showing that those were only details of a much larger picture. “My goal was to go to strong memories. In those strong memories you find out what the story is,” says Younker.

At some point, the excessive strangeness of living in a foreign country becomes familiar, and though the Younker family treasured reminders of their homeland, returning to the United States was an even more difficult transition. “They say it takes twice as long to acculturate back into your home country than it does to acculturate,” Younker says, “unless you visit as a tourist, which we didn’t. We fully embraced the life as though we might live there for 20 years.” They now treasure reminders of that expat life, tearing up when the Mongolian language sneaks into a conversation.

Younker made careful considerations about the format of her book. “I chose creative non-fiction for “Mongolian Interior.” It will read like it is fiction, but everything happened,” says Younker. “I delved out into fiction first, and loved the feel of it; I love the power of taking someone through the experience with me.” Creative non-fiction allowed her the feel of fiction, with the truth of the experience.

Younker also chose to include points of view other than her own. It is not only a way for the reader to embrace a fuller perspective of the Mongolian experience, but for her to revisit memories with new eyes. Four of the stories are devoted to her husband and children, all of whom read their sections pre-publication. “I used short stories out of convenience and to capture what my kids went through so they don’t forget,” Younker says. “It had to pass their inspection.”

To honor the turmoil of Mongolian life, with a brutally cold climate and the tumultuous politics of new freedom (the Mongolian people abolished the Communist regime in 1990), Younker wanted to share some of the harshest moments of her experiences. “I went straight for the worst day; the coldest day of the year, the horse dying and the house on fire,” Younker says. “I dove right in there. Then I took it apart. Love and gratefulness replace the pain of what was happening. It was healing. I write in simple terms, but not simplistic.”

While Younker will pursue the traditional publishing route for her upcoming fiction novel, she chose to independently publish “Mongolian Interior.” While both of Younker’s daughters and her husband have already made return trips to Mongolia, Younker’s goal is to return with the book next year.

Self-publication will allow for continued development of the work. Younker envisions including new perspectives from other Mongolian friends with more historical and research-based knowledge. Eventually, she hopes to translate the book into Mongolian, to help the younger generations understand their history alongside sharing her love of their rich culture.

Ever the teacher, Younker hopes her book encourages others to share their international and personal culture stories. “My website, www.WorldSoBright.org, highlights writers of culture and provides writing tips.”