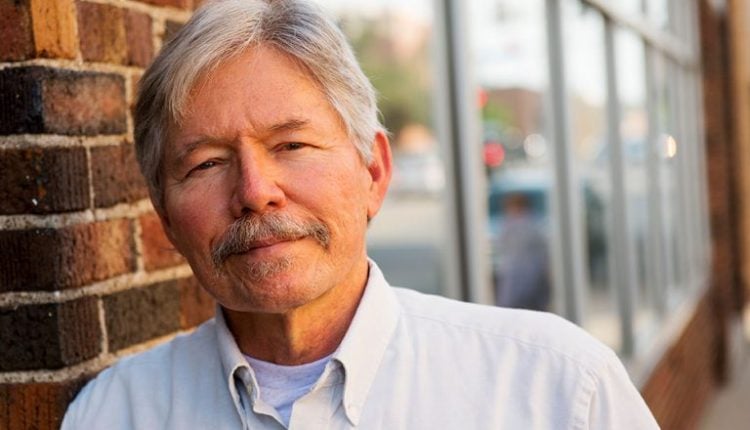 In 2008, Governor Matt Blunt appointed Ashland resident Walter Bargen as Missouri’s first Poet Laureate. The position allowed the prolific poet to interact with Missourians in a unique way, as media coverage and public poetry events filled his days. Indeed, the intent of the position was to allow Missouri to embrace the art of poetry, facilitating interaction and appreciation between Missouri, her people and the honored poet.

Though the title has been passed on to other poets, including the current Missouri Poet Laureate, Columbia’s Aliki Barnstone, Bargen continues to engage the public.

“If you’re not learning, you’re dying,” says Bargen, who spends as much time seeking knowledge as he does sharing it.
Bargen frequently participates in readings, workshops and other events. In 2016, he spoke at the inaugural Unbound Book Festival. He is frequently a guest on Radio Friends with Paul Pepper and most recently, Bargen led a workshop for the Mid-Missouri Arts Alliance in August, called “Through the Eyes of a Poet.”

In the time since his term as Poet Laureate, Bargen has written and published several new collections including, “Trouble Behind Glass Doors” (BkMk Press – UMKC, 2013) and “Three-Corner Catch” (El Grito de Lobo Press, 2015).

Publication of his newest title, “Too Quick for the Living,” is scheduled for release in November. With thousands of poems published, his subjects cover a wide range, including mythology, history and politics. Though Bargen often tackles real world topics, he rarely works family and friends into his poetry.

“Surprisingly, my new book, ‘Too Quick for the Living,’ has many poems dedicated to friends,” says Bargen. “It’s mostly elegiac – farewell poems.”

“Too Quick for the Living” will be Bargen’s 20th published collection.

“Each book that is published feels like an accomplishment,” says Bargen, “but not one that stops me from moving on to the next book.”

He is already working on “Pole Dancing in the Night Club of God and My Other Mother’s Red Mercedes.”

Bargen is known for sneaking in well-timed comic relief. “I often consider humor to be my Achilles heel,” says Bargen. “I seem to have a need to make people laugh… but I’ve written many fewer humorous poems than ‘serious’ ones.”

War is one of those “serious” topics that fill Bargen’s pages. A childhood in post WWII Germany created a unique understanding of the impact of war for the artist, along with an acute awareness of the endless flow of continuing world conflicts.

“I was in Europe soon enough after WWII to play in some of the ruins of it all,” says Bargen. “That left an indelible impression on my imagination. It also brings with it a sense of history and the question ‘why’ did such terrible things happen? The first 70 pages of ‘Days Like This Are Necessary: New & Selected Poems,’ are focused on historic and current conflicts, but often on a personal level. Wars don’t die and they fade away very slowly.”

Bargen grew up with a thirst for knowledge, a thirst that has yet to be quenched. “I grew up in a house that had few books,” Bargen says. “I lived in the public library and, fortunately, had a small group of friends who spent their time devouring books.”

The importance of reading has not waned for the poet. “You can’t be a writer without being a reader,” says Bargen. “Each of us has one life to live and reading allows us to engage, and also to share, in other lives as well as our own.”

The trick of it all, is finding time. Walter, known to pull a pen and paper from his pocket to jot down a series of thoughts, can’t quite catch them all. Or perhaps the poetry has become so integrated that every moment is capturable.

“Generally [the poetry] never stops flowing, but more and more often I have to remind myself to find the time, to stop, to write it down,” says Bargen.

The Depths of the Opioid Crisis