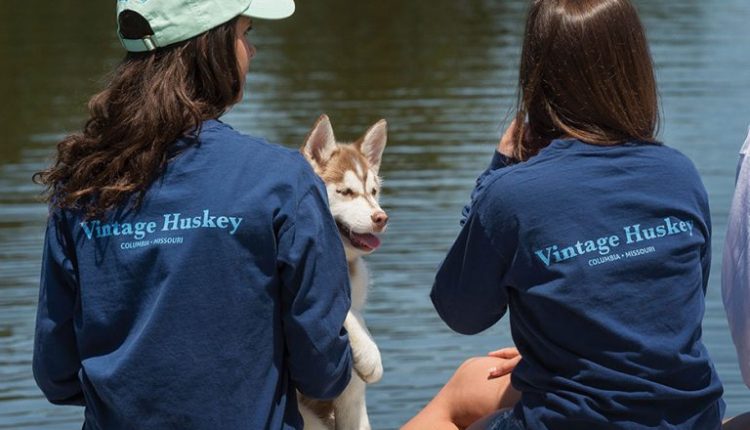 Admittedly, Clayton Neuner may be a little green when it comes to business, but that hasn’t stopped him from establishing a small startup and learning as he goes. At 18, this Columbia native’s venture began to manifest in a Father Tolton Regional Catholic High School art class when he asked his friend, now-silent partner, to draw something for him: a Siberian Husky — simplistic in design, front-facing and with the iconic blue eyes for which the dog breed is known. The result launched the apparel brand Vintage Huskey.

“We’re 18-year-old guys, so for us, what really can we start to do at this age?” Neuner asks. Well, clothing came to mind — both a blank canvas and a marketable product.

“You can’t wear a restaurant around, but you can totally wear a clothing brand around and generate interest through other people wearing it,” he adds.

Vintage Huskey opened its web-based doors on June 23, 2017, with a simple goal: website visits. At the end of the day, more than a dozen sales gave Neuner faith they were on the right path.

Three days on Google and countless calls to city, county and state licensing offices gave Neuner an appreciation for legal services. “Now I understand why people outsource it to something like Legal Zoom where you can pay a flat fee and they’ll have everything done for you,” he says, “but we didn’t have a ton of capital to work with so we had to do everything ourselves.”

Indeed, start-up capital has come from his and his partner’s pockets, which Neuner admits is the reason for the hands-on approach and the first challenge in his plan.

“Honestly I didn’t think we’d get past me asking my partner for some money,” he says. “I figured I’d ask him and he’d be like, ‘Ahhh! This is going to involve money now?’ He’s trusted me … It’s been a process, but I’m glad we’re standing where we are today.” 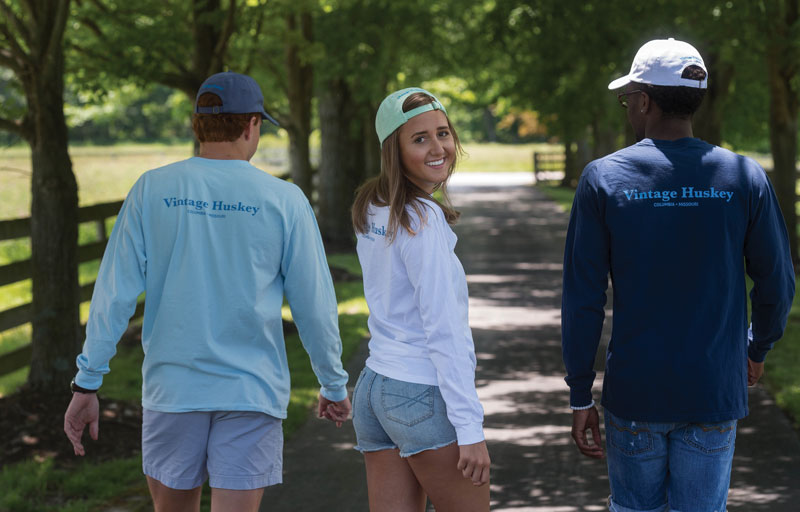 Summer was the “trial period to get our feet wet” and work out some of the kinks before school gets underway, he says. This fall, two local retail outlets will be carrying Vintage Huskey — Bingham’s downtown and The Bridge on the MU campus — plus the young company has acquired a pub uniform contract, and a handful of new retail clients are in the works.

Navigating the challenges of a new business provides yet more lessons, though, as Neuner takes stock.

“It’s kind of a luxury for us to keep our inventory stocked, at least for now,” he says, “but certainly that’s been an unexpected cost as far as things that we budgeted for. We budgeted for things like hang tags and labels, but we didn’t budget for necessarily having as much inventory as we actually do now.”

Being smart with finances, making adjustments and moving forward when unanticipated events happen is a theme for Neuner, and he sees value in the way the business is unfolding. “We haven’t really had someone walk us through the process,” he says, “and we honestly feel like it’s been better that way because that way we’re learning and we’re really getting hands-on experience. We’re making those choices, and we’re consciously aware of why we’re doing whatever we’re doing.”

But while he appreciates the path they’re on, the one piece of advice he would amplify would be: “Don’t go it alone because honestly, if I didn’t have my partner to call sometimes late at night … I’d go crazy because at least I know someone is on the same page, is dealing with the same thing and gets my frustration.”

The last weeks of summer found Neuner juggling college preparations with inventory projections, advertising and promotion, and predicting fall fashion and color trends. Heading to the University of Missouri this fall, Neuner knows some might think he’s taken on more than he can handle, but he believes opening Vintage Huskey during the summer was the right thing to do, affording him the ability to establish a solid workflow. Short-term operational goals, however, are but first steps in accomplishing his ultimate goal. 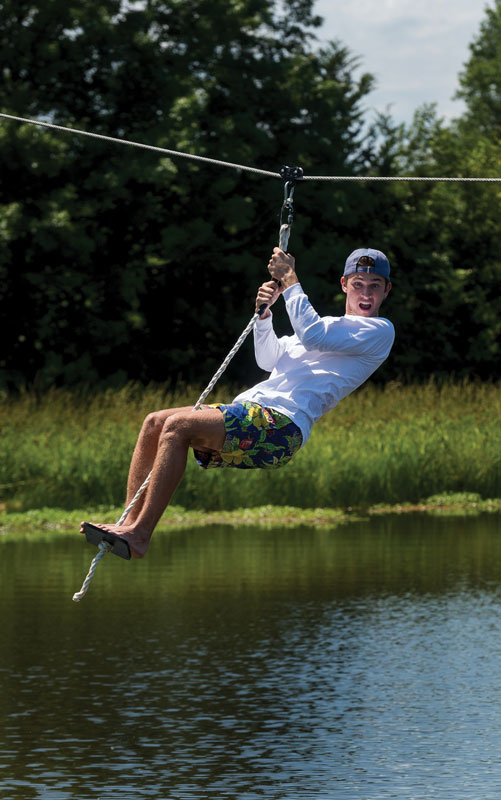 “What we want to do is we want to be Columbia’s brand,” he says. “We think that if we can get the buzz out and get some interest drawn up, we can maybe have the ability to stick around for a little bit. The idea is to get the community involved, get the college students backing us,” he adds. “We’ll see.”

With the majority of working capital tied up in inventory, budget constraints are forcing the young company to build buzz solely through organic advertising, on platforms the brand’s target demographic knows well.

“We really don’t have a marketing budget or an advertising budget,” Neuner says. “We are all word of mouth and social media.” He wants @VintageHuskey to be a familiar name on Instagram, Twitter and Facebook.

All the while, Neuner understands the risk he’s taking. From the $52 he spent on the LLC to the thousands in inventory waiting for buyers, his investment goes further than dollar signs. 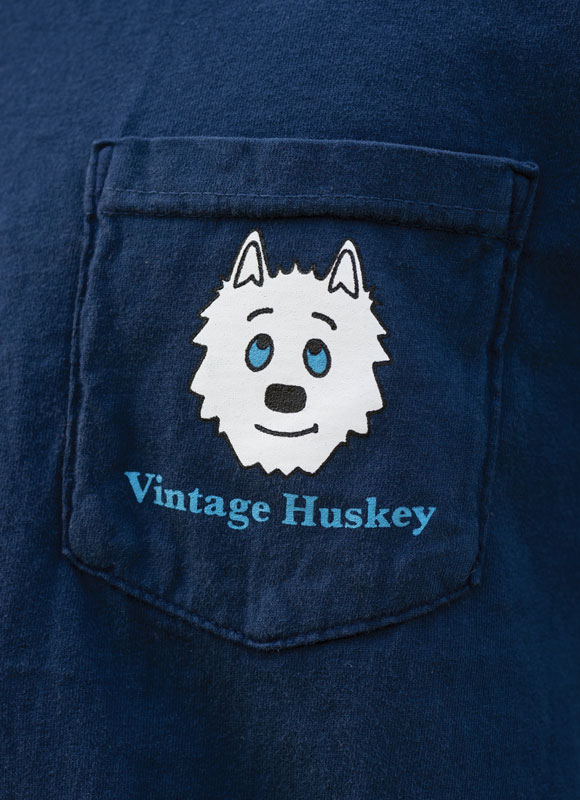 “Everything with starting a new business is risky, but at the same time, you do have to risk some things so that you can ultimately accomplish your goals,” he says. “We’re willing to take that risk.

“This is about creativity and basically exploring the possibilities of what we can do … Everything is a risk, but at the same time if we didn’t risk anything, we’d just be where we were six months ago. That’s worth it in the long run.”