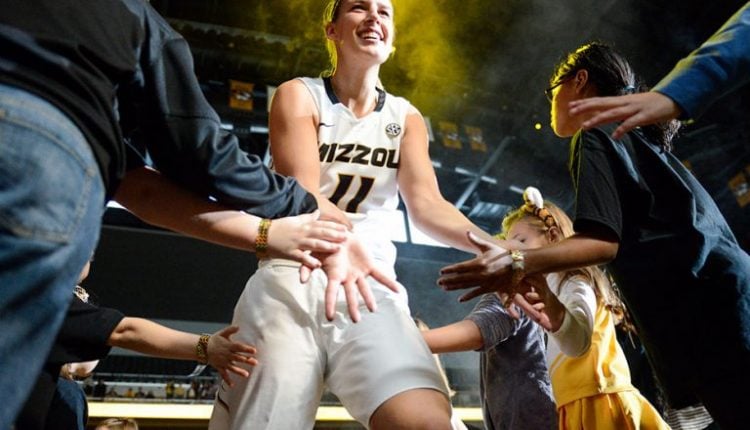 All in the Family

Major college athletes basically have a second family. They often spend more time with their teammates and coaches than their actual relatives, especially during the season.

University of Missouri women’s basketball has taken the family thing to another level. The Tigers were the only team in the country during the 2015–16 season to have three sets of sisters on the roster. In 2016–17, they had the only staff among “Power Five” conference schools (ACC, Big Ten, Big 12, Pac 12 and SEC) where all three assistants had previously played for the head coach. 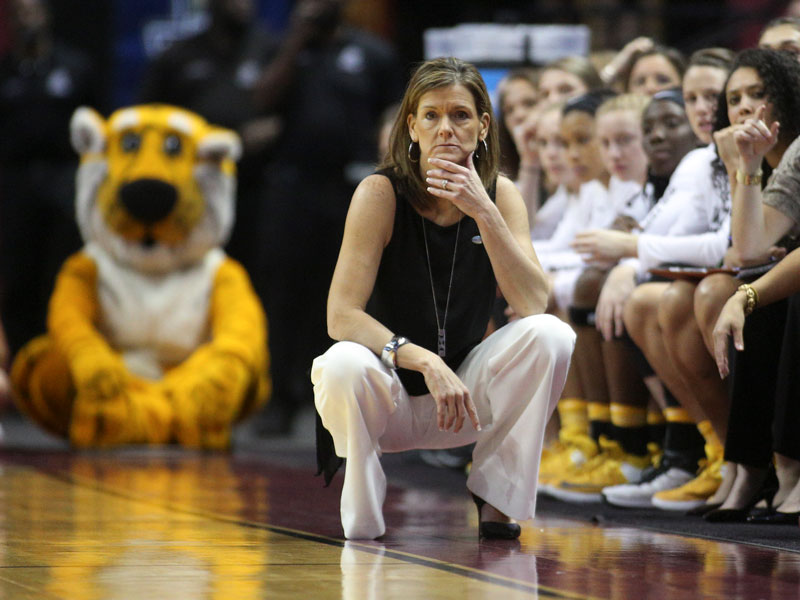 But it’s worked. The Tigers have won games in back-to-back NCAA Tournaments for the first time in program history. Last season, they finished third in the SEC, earning Pingeton conference coach of the year honors. The top two teams in the league, South Carolina and Mississippi State, played for the national championship.

“When you have so many sets of sisters, it really does spread throughout the whole team,” AP All-American Sophie Cunningham says. “Even the people who aren’t blood, they really do turn into your sisters.”

Sophie and her older sister, Lindsey, started most games together the last two seasons. Lindsey is sticking around the program now, as a graduate assistant.

“It just speaks volumes of Coach P. that her players want to stay with that journey with her,” Lindsey Cunningham says.
Pingeton’s lead assistant, Jenny Putnam, has been on her staff for more than a decade, after playing for her at St. Ambrose.

Ashleen Bracey played for Pingeton at Illinois State. RaeShara Brown was a leader on the court for Pingeton’s first Mizzou team in 2010 (Brown left the program in the off season).

“It was a great opportunity for me to help their careers grow as well and just to get their perspective on things, but it’s a pretty unique situation for sure,” Pingeton says. 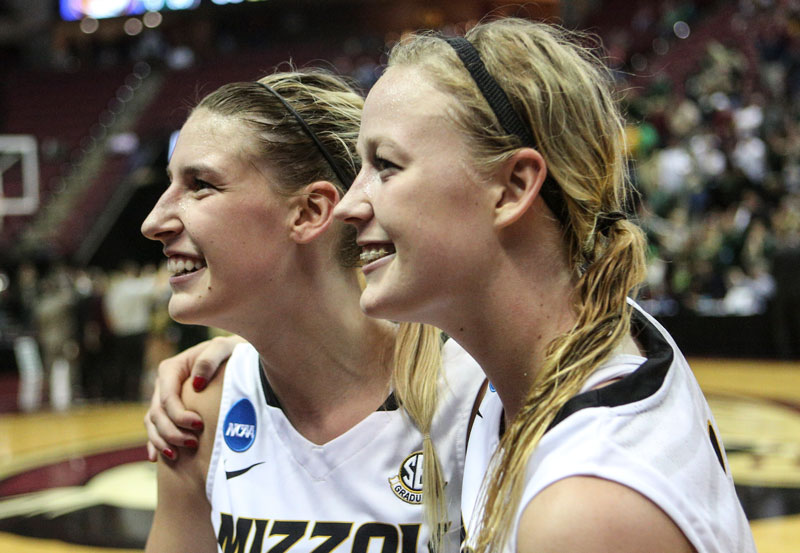 “When they’re working you out, they know Coach P.’s expectations because they’ve played for her,” Sophie Cunningham says. “It’s just kind of like having another set of Coach P.’s eyes, trying to help you out and get better.”

Lauren Aldridge had a great view for last season’s run to the NCAA Tournament’s Second Round. The junior was on the bench, after transferring from Kansas. She says the family atmosphere at Mizzou was probably the only factor in her decision to come to Columbia.

“Coach P.’s kind of like everybody’s mother figure,” Aldridge says. “Whenever there’s problems, or things you need to talk about, she’s just the one that you go to.”

Amber Smith passed up other major college offers to suit up for the Tigers. The Shreveport, Louisiana, native was named the SEC Co-Freshman of the Year last spring.

“I came for my visit and all the girls were treating me like I was their sister already, as if I was coming here for my summer workouts,” Smith says.

One of the big influences for Pingeton won’t be in the crowd at games next season. Her father, Arlo Becker, died June 12. Pingeton says her leadership style is a mix of his tough love and her mother’s compassion.

“I think it’s just probably a combination of both of those and just the experiences that you gain over the years of being in this profession and understanding the importance of relationships,” Pingeton says. 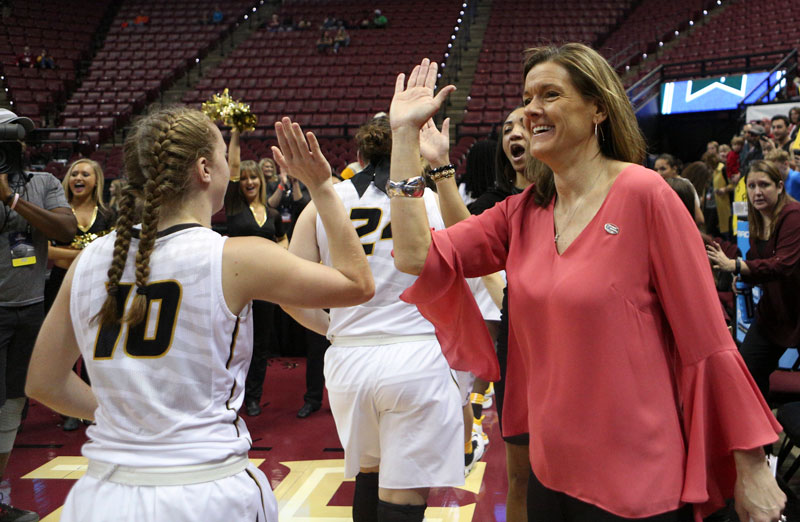 The off-court family had grown, though, on June 2. Redshirt senior forward Kayla McDowell married Cam Michael in Columbia. Every Mizzou women’s basketball player who ever suited up with McDowell was there. Five of them were bridesmaids: Bri and Cierra Porter, Sierra Michaelis, Jordan Frericks and Lianna Doty.

“That was a really fun and special day. He’s [Cam] a great guy and we welcome him with open arms too,” Pingeton says.

“It was very cool, especially the older kids that had played before me, they treated me like as if I had played right along with them,” Smith says.

Pingeton says that marked the first wedding for an active member of one of her teams. Considering how tight-knit the program has become, it may not be the last.

“I think those relationships are really important to our players and I’m so blessed that they truly understand that that’s what matters most,” Pingeton says. “We’re all competitive, and we all want to win and we all want to compete for championships. That’s a given. But if you can’t enjoy the journey and you can’t enjoy the process and you can’t have those real, genuine relationships along the way, none of it really matters 10, 15, 20 years from now.”