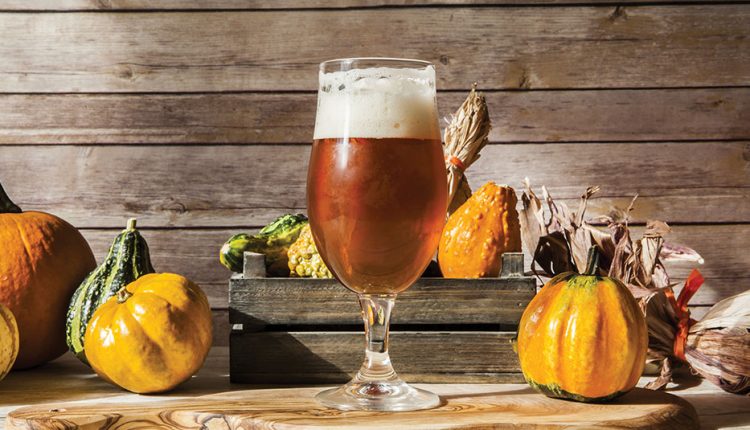 Sweatshirts, football games, and temps in the 50s. Only thing missing there is a great, malty beer. Let’s dig into some of the better fall choices.

Let’s start light with Hofbrau’s Oktoberfest. Not a traditional “marzen” in that it’s not an amber lager. Here, you take the original Hofbrau helles lager, and just add a bit more body and considerably more alcohol: 6%-plus Alcohol By Volume (ABV), and you have something that’s going to pack a surprising punch. I’m not saying be scared of the beer, but it’s going to be a similar golden color to its lighter counterpart and to the naked eye be just as appealing for mass consumption. Either way, the bigger character of this beer makes it an absolute no-brainer as a pairing for heartier tailgate foods like brats and potato salad. Yes, you’ll most likely want to drink this beer out of a mug.

Ayinger Oktoberfest-Marzen might be the best “marzen” style beer on the planet. If the amber versions of these fall lagers are your style, then please, Dear God, get your hands on this. This beer is just sweet enough, just bitter enough, just dry enough, finishes just clean enough, and has just enough of a kiss of alcohol to make sure every swig is more than well rounded. It gives you a bit more of that substantial body and subtle sweetness you want as the weather gets cooler, but stays surprisingly drinkable. I once read a beer review that described a malty beer like this as “juicy”, but had no idea what the author was talking about until I came across this beer. I’m being completely serious in that this is a beer you’ll want to sip on all day while hanging out at a tailgate or while having a lazy weekend on your couch.

We can discuss the ins and the outs of pumpkin beers in the craft beer realm at another time. As of right now? Schlafly’s Pumpkin Ale, in my humble opinion, is the best pumpkin beer on the market for some time. So many of these seasonal specialties fall into the “too malty and sweet” or the “wayyyyy too much spice” category that can turn people off.

Schlafly’s, on the other hand, has always been the most balanced take of this style on the market. They crank up the alcohol (8% ABV) with the use of a really, almost chewy, substantial malt bill, but add just enough spice to give it a touch of bitterness and avoid something that’s too sweet. The end result is something that hits on what everyone thinks are the appropriate “notes” for a pumpkin beer, but it also stays really drinkable and approachable. Prost!