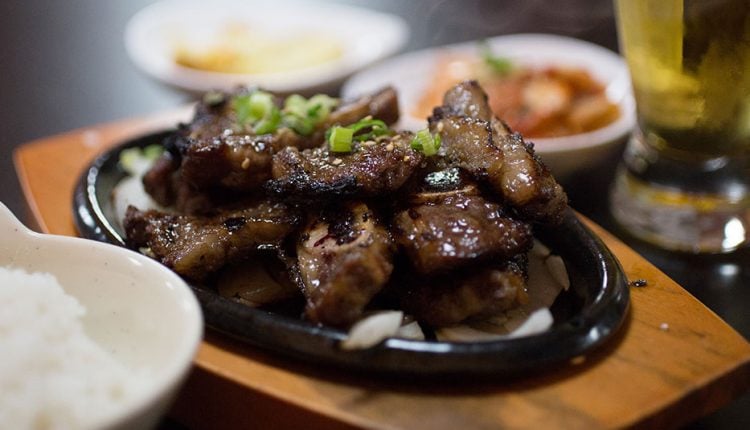 Love Sushi has come to town, and with that, fans of Asian food can rejoice as they will want to add this cozy place to their ever-growing list of favorite locally owned restaurants. Located in Crossroads West Shopping Center at Broadway and Stadium Boulevard, Columbia’s newest sushi stop does not disappoint.

Step inside to be greeted with the warm smiles of 25-year-old Jinho Eom and his team of friendly servers and sushi chefs. A casual atmosphere and superb food make Love Sushi a great addition to Columbia.

Born in South Korea, Jinho followed his family to California at age 14, where his father learned the art of Japanese sushi, California-style. Eight years ago, his parents left the West Coast to open the first Love Sushi in Jefferson City. Having grown up in the family business, it was only natural that after graduating from Mizzou, Jinho would take charge of this new Columbia location.

Being a Korean family, and with K-Pop (Korean pop music, which is all the rage in Japan) on the TV screens, Jinho insists this is a Japanese restaurant. Even so, his mother’s savory kimchi, a Korean staple, will find its way to your table nonetheless. Jinho’s uncle, Charles Eom (his American name) also is in the family business and brings his master skills to the new Columbia location, straight from California. Charles has been making sushi for 15 years and his experience comes through in both flavor and beauty.

Sushi has gained mainstream popularity worldwide and Jinho explains, “Midwestern American sushi typically contains more rice than in California and Japan. We want to give our Columbia customers more ingredients in the roll, and less rice, for a truer Asian-style sushi roll.”

And indeed they do, the rolls are packed with tasty Japanese goodness. When asked if just anyone can buy sushi-grade fish at the grocer, Jinho says, “Oh no, we get our fish from Chicago, California, New York, everywhere to make sure it is the best. Depending on which type of fish, we have a different supplier to make sure it is the best we can get for the restaurant.” 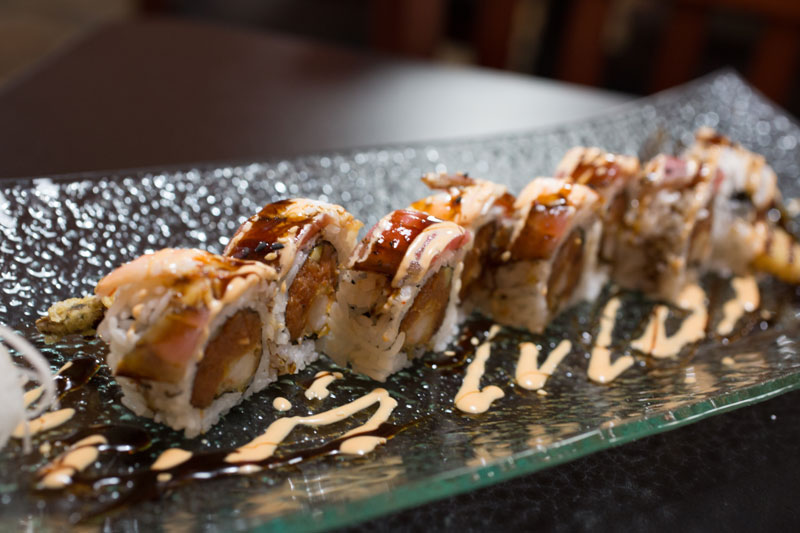 Many Americans have yet to step foot in a sushi restaurant, asserting that raw fish is, forgive me, just not their cup of tea. To be fair, sushi itself quite often contains fully cooked shrimp, fried soft-shelled crab or cooked salmon with trimmings of avocado, cucumber, cream cheese and always, rice.

Sashimi, on the other hand, is by definition, very fresh raw fish such as yellowfin tuna, salmon, and exotics like sea urchin and octopus. Whether you order a dish that contains raw fish or cooked is up to you, and either way, the flavor is fresh and the ingredients are healthy.

As a customer of Love Sushi, enjoy the artistry that is a part of every sushi restaurant. It takes years to become a master sushi chef, and you’ll want to savor every bite of their expertise. If you know your way around Japanese and Korean cuisine, you’ll feel right at home, and if you don’t, the menu is expansive and full of photos for the novice diner.

There is something for everyone, seafood, bbq ribs, bento boxes, pork cutlets and the beloved Bee Bim Bop. Bring the kids and they can even order the chicken teriyaki with french fries if they aren’t as adventurous as you’d hoped. Stop by for a casual lunch or dinner and let Jin and his family work their way into your culinary heart.

• Choose seats at the bar and watch the sushi chefs at work. It is fascinating and will give you a better appreciation for both the food you’re about to eat and the art of preparing it.

• Order a “Sexy Lady” or other flaming dish to spark a little excitement at your table.

• If you’ve never eaten sashimi (raw fish), yellowfin tuna is a good bet — it’s sweet and creamy and most people enjoy it for their first sashimi experience.

• Try a Japanese beer such as 100% Malt Kirin Ichiban, brewed in Tokyo.

• Ask questions of your server and get to know the garnishes on your plate. The shaved daikon radish is refreshing, the carrot (beautifully carved in the shape of a Japanese cherry blossom) is sweet, and the wasabi will have you ordering another cold brew from the bar.