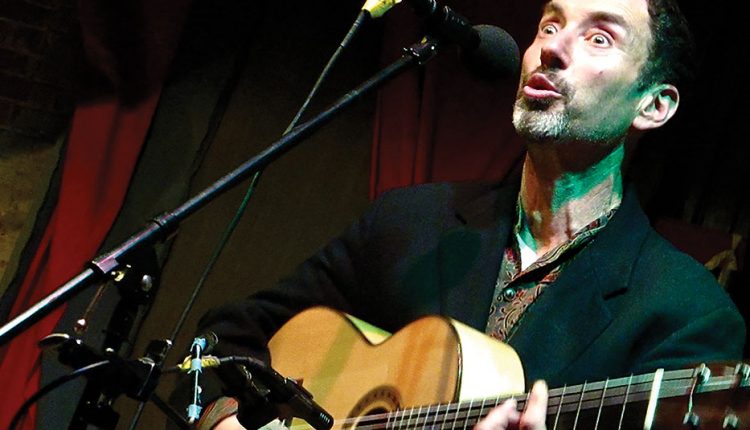 The November entertainment calendar in any college town is bound to be a little lopsided. There’s usually a flurry of shows and activities during the first few weeks before things quiet down following the Thanksgiving egress. Quietly, though, since nature abhors a vacuum, comes the influx of prodigal BoCoMo natives to gather with family and friends. And so it is with November 2017. The first few weeks are studded with worthwhile events. I’ll name just a few:

Sunday, Nov. 5, an old friend revisits the Columbia music scene as Jonathan Richman takes the stage at Rose Music Hall with drummer and touring partner Tommy Larkins. Back in the 1970s Richman’s original band the Modern Lovers were proto-punk pioneers whose bouncy anthems like “Roadrunner” and “Government Center” foreshadowed the innocence and trust that formed the foundation for the DIY ethos that would characterize the punk era. These days, however, Richman prefers to perform acoustic to save his hearing and to enhance the wide-eyed appeal of his startlingly emotional repertoire.

Monday, Nov. 6 at UMC’s Jesse Auditorium, the Kinder Institute Distinguished Lecture Series presents Pulitzer Prize-Winning Historian Doris Kearns Goodwin for the Institute’s biennial Distinguished Lecture. Kearnes is a world-renowned presidential historian whose talk is entitled, “How Did We Get Here: The First Hundred Days of an Unprecedented Presidency.”

Later in the month, things slow down, but there are still a few choice opportunities to escape into CoMo’s cultural environs with visitors and family.

One is the Simon Dinnerstein exhibition at MU’s Museum of Art entitled “The Lasting World,” which will be up through December. The show, which features only a dozen or so pieces (including the massive and influential “Fulbright Triptych”), is so concentrated and intense that Dinnerstein himself averred to me that it is the best aggregation of his work he’s seen in his long and storied career.

If I had only one event to recommend this month, though, it would have to be the “The Last Waltz LIVE: 41st Anniversary Celebration” at The Blue Note on Friday, Nov. 24. The movie is considered a landmark concert film, lovingly directed by Martin Scorsese with camerawork from three different Oscar-winning cinematographers. It is a farewell final Thanksgiving Day performance by The Band and a couple of dozen close friends, but it is also a close in look at the intimacy and energy that goes into a great rock ’n’ roll show.

This concert, the second annual, is being organized by Pat Kay (Hipnecks, Kay Brothers) and Sean Canaan (Hatrick, Bockman) and has already become a feel-good homecoming event for both musicians and fans. Sean’s Voodoo Players, along with the Funky Butt Horns, bring fierce support and continuity to a dizzying array of “Special Guests” performing the songs that made the film so memorable.

In Scorsese’s film, Levon Helm (describing the American mid-South) says, “That’s kind of the middle of the country, you know. Back there. So, when bluegrass or country music, you know, if it comes down to that area and if it mixes there with rhythm and dances, then you’ve got a combination of all those different kinds of music. Country. Bluegrass. Blues music.”