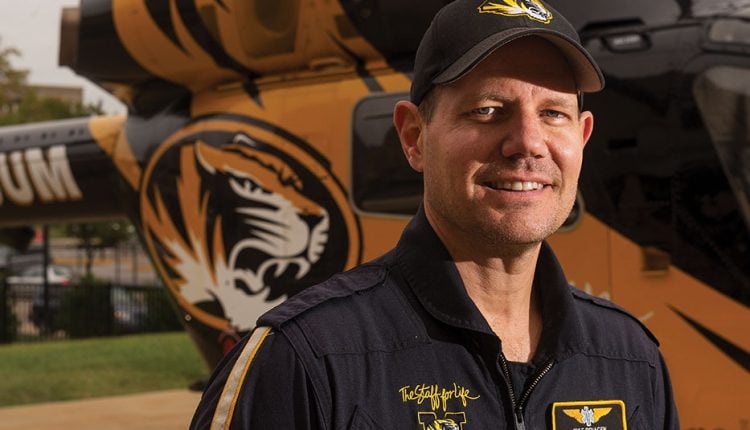 Decades spent flying among the clouds

One of the victims, who had to be extricated from the car, was taken to a hospital by a Staff for Life helicopter.

He sustained serious injuries and was taken by Staff for Life helicopter for treatment.

Traffic came to a standstill on Highway 5, as a Staff for Life helicopter landed on the highway, following a major crash.

This wasn’t his plan — the 12 hour shifts, the stress of holding someone’s life in your hands. But this has been Kyle Rehagen’s life for the past 11 years.

“I didn’t plan for this as my career,” he explains, “It just fell into place.”

Rehagen’s journey down the path to his current position as senior lead pilot for Air Methods, a helicopter service dedicated to air medical transport, began 10 years into a 20-year stint with the Missouri Army National Guard. Since childhood, Rehagen had the heart of a pilot. The desire to do what so many dream of — fly among the clouds — guided his career choice from flight instructor and charter pilot at Columbia Regional Airport to flying blackhawk helicopters in Iraq.

“My role in the National Guard was basically my part time job, but I’ve always been a pilot.” 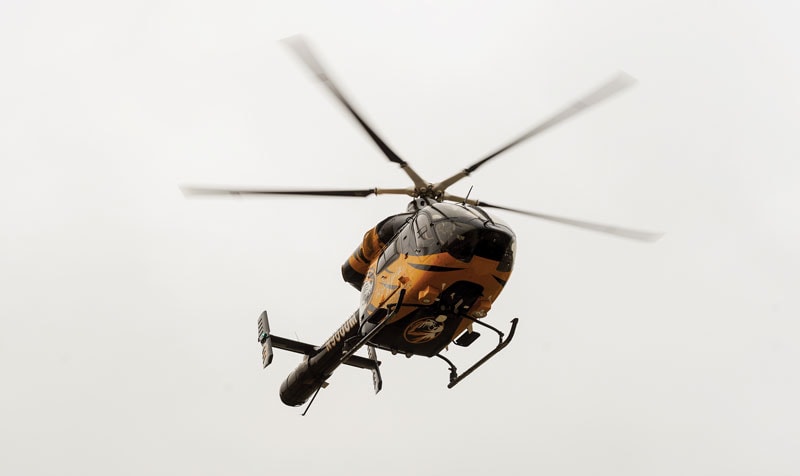 For most, a commitment to the National Guard is about six years, but when Rehagen reached the end of those first six years, he had grown so accustomed to life as a citizen-soldier that he reenlisted. After 10 years of service, Rehagen decided that he was halfway to the 20-year milestone and “might as well stay.” He was soon enrolled in flight school and his flying career truly began.

“Having the military pay for my training was probably the most beneficial thing to my career,” Rehagen says.

Throughout his enlistment with the Missouri National Guard, Rehagen was tasked with troop transport, as well as troop insertion and extraction missions while in Iraq. The air assault company Rehagen was a part of would often take troops into conflict areas, drop them off to complete their mission, and pick up the soldiers when given the notification to return. Rehagen spent more than a year deployed during the beginning stages of the United States involvement in the Iraq War, leaving his wife and children at home in mid-Missouri.

Upon his return stateside, he had completed enough flight hours to where he could pursue a career as an emergency medical services (EMS) pilot. Although the mission varied, his experience in the military prepared him for what he would tackle as an EMS pilot, especially the daily stress.

“Anything in the military, in my eyes, is going to prepare you to be successful in the civilian world,” Rehagen says. “The hazardous flying and deployment helped me get used to being an EMS pilot because you are in emergency mode and that can be very stressful until you get used to it.”

Owned and operated by Air Methods Corporation in partnership with University of Missouri Health Care, Rehagen and the Staff for Life Helicopter Service provide rapid response, critical care nursing, advanced invasive skill, and safe transportation no matter the time of day. Due to the predictably unpredictable nature of rapid response medical transport, Rehagen’s position requires a commitment to flexibility.
“Every day starts the same, stocking the aircraft, meeting with the crew, preflight the aircraft,” Rehagen explains. “But that only really lasts about an hour.”

A truly busy day can require four to five flights in a 12-hour shift, transporting patients from an accident scene to hospitals all across the state including to major trauma centers in Kansas City, St. Louis, and locally in Columbia.

The responsibility that comes with being employed in medical transport can feel immense. Not only are you responsible for the patient in the rear of your helicopter, you are also responsible for the crew members charged with saving the life of the patient in their care throughout the entire flight. Despite having spent 11 years as an EMS pilot, the hardest part remains the same — the negative outcomes of a patient. 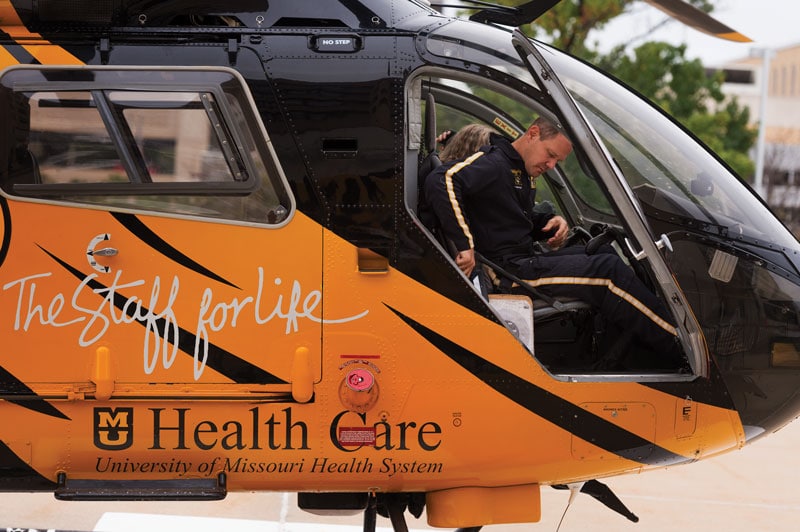 “When we arrive at the scene and don’t end up transporting the patient, that’s the worst part of it for me.”

For all the stress and unfortunate patient outcomes, choosing a career as a pilot has proved to be exciting, and has left Rehagen with many opportunities to know that patients are benefitting from his role in their rapid medical care.

“You don’t know what you’re doing or where you’re going on any given day,” Rehagen says. “Every day is a new experience.”