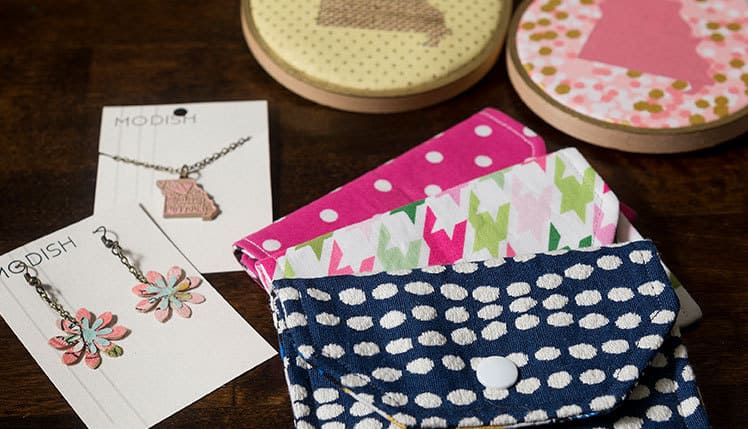 Kelly Gilion makes room for dreams and dreamers at Plume.

It was Nov. 1, 2013, and as the leaves were giving way to new shades of autumnal gold and crimson, Kelly Gilion was entering a new season in her life. On that day, her 40th birthday, she turned the key and opened the door to her new shop, Plume, a boutique brimming with handmade goods and vintage gifts. Since the doors opened that day, the space has been more than a retail shop. It’s a gathering place — for friends, for artisans, for pretty things and maybe most of all, for dreamers.

“Really the heart of it has been helping anyone who has a dream, or has a product that they believe in and they just want to take that next step,” Gilion says. 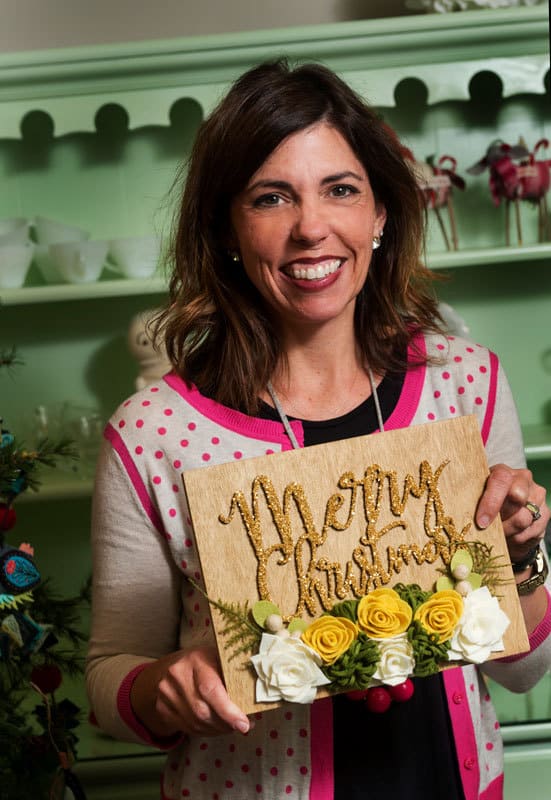 She found those dreamers, at first most of them stay-at-home moms, on a Facebook for-sale page filled with a variety of handmade or found art and decor.

“I just kept thinking to myself, Why isn’t there a place where everyone can just take all their stuff and sell it? Why aren’t there any handmade markets available for these women?” she says.

So the idea for Plume was born: a collective shop that showcases the work of many talented artists, or “makers” as Gilion calls them. The items that these dreamers make, and that populate Plume, range from found or handmade vintage jewelry, candles, hats and clothing, to wall décor, furniture and more.

What began as an opportunity for stay-at-home mothers to contribute extra income to their families has, over the past four years, blossomed into a space for a variety of dreamers to share their gifts with others. Twenty-seven initial vendors have now grown to more than 70, a medley of women and men, hobbyists and businesspeople, who all harbor a talent for crafting treasures. From the beginning, the shop has fostered a symbiotic relationship between Gilion and her makers. 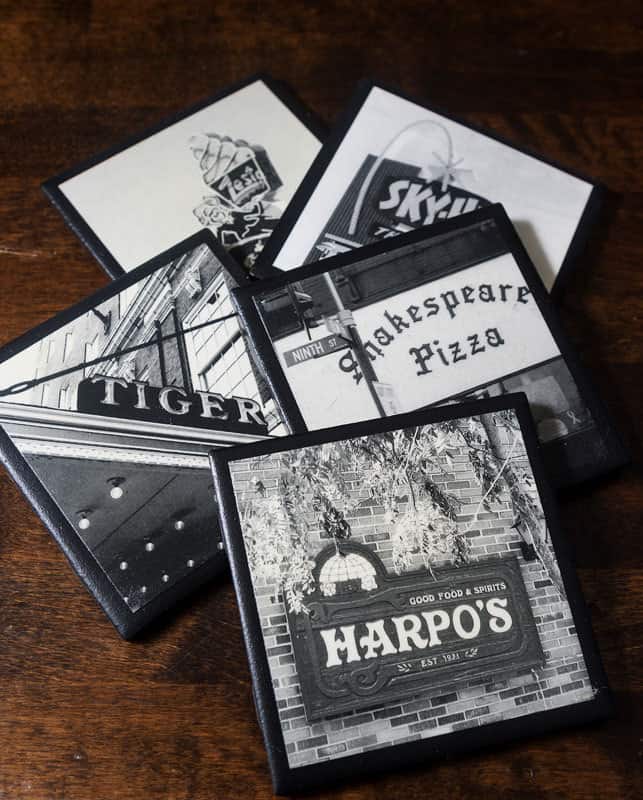 “If it weren’t for the vendors and the makers coming on in the beginning, I really would not have had an opportunity to pursue the business because I had no money,” she says. “Most gift shops, they start out with some capital and they go to market and they buy a whole bunch of inventory to fill up the shop with. Well I didn’t have that — I had this idea that I was going to see if people will bring me their stuff and that I would sell it.”

All those ideas came to fruition, and on the fourth anniversary of the shop’s opening, and Gilion’s 44th birthday, customers showed up to celebrate Plume.

“Luckily, there’s something about Plume that the community has really rallied around and supported, and it keeps coming,” Gilion says. “It’s bringing this community of people who want interesting gifts and a unique shopping experience and opening that up to this group of makers that wouldn’t otherwise have that audience.”

The shop also yields gifts that extend beyond commerce. “Some of them started as friends and became vendors, but most of them started as complete unknowns and have now become friends.” Makers such as Lotus Soy Candles, which crafts hand-poured candles in pretty jars, or The 1818 Project, which captures snapshots of Columbia’s landmarks on coasters and other keepsakes, have made Plume a home for their creations. The shop holds everything from rustic, hardy décor to delicate, feminine finds. 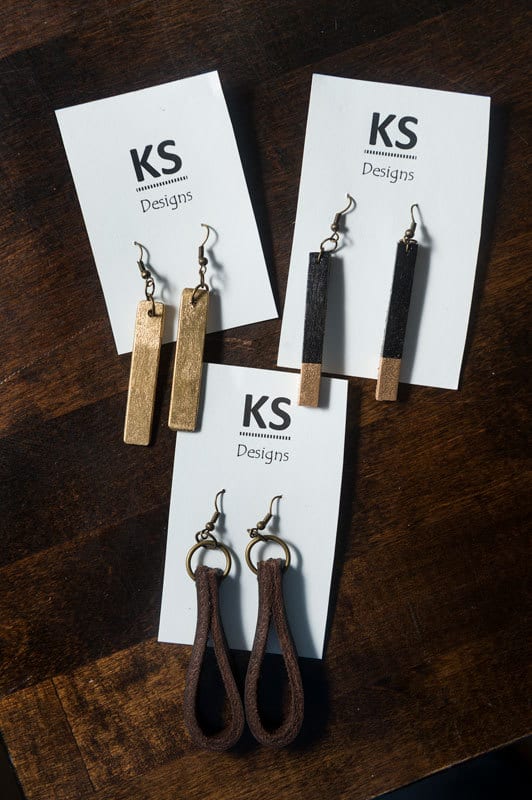 The shop’s name is just as special as its novelties. Plume was inspired by a birthday gift from Gilion’s mother-in-law, a vintage sign adorned with a colorful peacock. Gilion was in search of a simple name that held greater meaning. After admiring the vibrant bird’s train of feathers, she thought, What about Plume?

“What really sold me on that being the name was the simplicity of it; it’s one word — easy for people to remember, and then when I sat down and looked at what the word actually meant, I loved that it had both a noun and a verb usage,” she says. “As a noun it really means a decoration, or an adornment such as a feather, when you stick a feather in your hat, that’s a plume. But, I never really thought about the verb tense — when you plume something you’re grooming it, you’re decorating it, you’re adorning it, making it pretty.”

It was a perfect fit for her shop filled with goods meant to “plume” homes and other spaces but the beauty behind the name went even deeper for Gilion; it was also a reference to her faith. “There’s a biblical scripture that was very meaningful to me: Psalm 91:4, He will cover you with his feathers, and under his wings you will have refuge.”
The scripture embodied what the shop meant to Gilion and what she wanted it to be for both her makers and customers. “I love the idea of this place being a refuge for women of all ages,” she says. “For a way to get out of the hustle and bustle of everyday, to get a cup of coffee or a cupcake, to take a class, maybe you want to come buy a special gift for someone or just have a chat while I’m working behind the counter. So it all just kind of came together, all wrapped up in that one word.”

Today, Plume is still that refuge for all who enter. Her vendors include those who make edible gifts, such as Mama T’s Cupcakes and GoPo Popcorn, which both offer treats to eat while perusing Plume’s gift gallery. If you’re in need of a burst of energy, you can grab a cup of coffee from the counter. Crafting classes, which give customers an opportunity to create their own goodies similar to those found in Plume, take place regularly. Makers and other locals host these classes, which have so far included paper wreath-making, hand-lettering and felt flower-making. These extras are all part of the Plume experience, something Gilion knew she wanted to offer from the beginning.

“I knew … if it was going to work in this location that I had to create a destination spot, a place that people intentionally set out to go,” she says.

The shop has indeed grown into that destination spot Gilion hoped it would be — a place where people can go to shop, to take a craft class, to eat a fresh cupcake or maybe do all three.

50 People, Places, and Things that are So Columbia