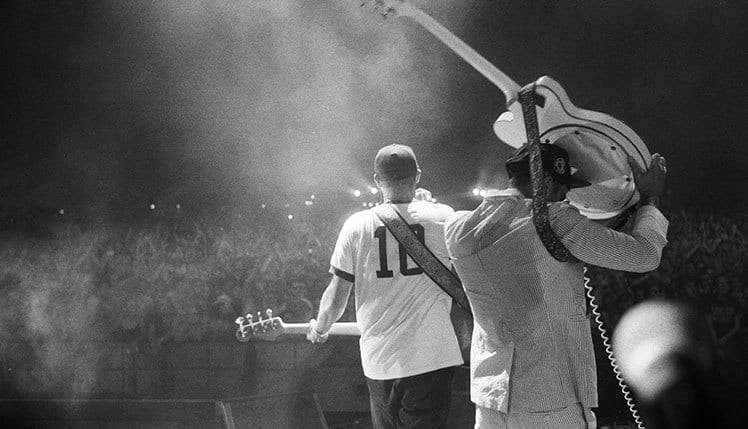 The bass line hits, the high hat snaps and the speakers rattle. A high-pitched, airy voice cuts through, grabs the ear and never lets go. “Ooh I’m a rebel just for kicks now.”

Portugal. The Man may have just hit the pinnacle of their career with the smash “Feel It Still,” but if someone told them eight years ago they’d be headlining festivals, nominated for their first

Grammy and playing “New Year’s Rockin’ Eve,” they would have laughed.
“We’re just a bunch of idiots from Alaska!” says bassist Zach Carothers. “It’s been fun. It’s been kind of a wild ride. We always keep it real where we come from.”

Whether on the national stage or playing to a crowd at Rose Music Hall, they treat every show like they’re playing back at old punk dive bars.

What are a collection of crazy punk kids from Alaska doing on the pop charts? The climb to stardom tracks back to 2001 in their hometown of Wasilla, a suburb of Anchorage. Carothers met front man John Gourley while playing in another band, Anatomy of a Ghost. That band broke up and from the ashes rose Portugal. The Man. Carothers and Gourley picked up and headed to Portland, Oregon, in the summer of 2004. It’s been nothing but love for the band and the town ever since. So much so, they’re now known as the “Lords of Portland.”

The name of the band is an interesting one. “Portugal is intended to be an alter ego, much like David Bowie created Ziggy Stardust,” Carothers says. “We liked the idea that you create a fake, plastic, fictional character that absolves himself of all accountability. Like ‘Oh that wasn’t me; that was Ziggy Stardust.’ But we weren’t just one person. We wanted the name of our fictional character to represent our entire group, and we wanted to name our person a country because country is one name with one group of people with one voice in the world. So, we put the period in there. His name is Portugal, and he’s the man.”

The band’s latest album also contains the idea of an entire group and movement. “Woodstock,” inspired by an original 1969 Woodstock ticket owned by lead singer John Gourley’s father, set the tone for album.

“We kind of wanted to make an album that was a mixtape I would have made myself,” Carothers says. “When we first started the band, we wanted to do the Beatles meet the Wu-Tang Clan.”

When it comes to the success of “Feel It Still,” Carothers says, “It’s just so familiar and so new at the same time. …. It starts off with that bass line and that beat. That sound is a 1960s Hofner. It’s in every Beatles song you’ve ever heard. Those are the kind of things that’ll make you open your ears to it subconsciously.”

The saying goes “success changes a man,” but that doesn’t seem true for Portugal. The Man. They’re still riding around in a Ford E350 conversion van, playing gigs almost every day, not sleeping enough and drinking a little too much.

“I don’t think we’re really going to process any of this for years because when you’re in the middle of it, you never really know,” Carothers says. “We know the song’s really big, but I still go to my normal spots.”

There’s a tight balancing act when it comes to being level-headed with the No. 1 song in the country. “They’re letting us into so many crazy places now,” Carothers says. “Somebody’s getting fired. We pop in, matching jackets, a bottle of Jameson in our pocket and it’s like ‘Who let these guys in here?’”

Some nights, they’ll be out at Hollywood-type parties, eating steaks, grabbing celebrity phone numbers, and the next they’ll be so busy, all they have to eat is Pringles and they pass out on a park bench.

“When we played ‘Austin City Limits,’ I didn’t have a cup of coffee until 6 p.m., a bite of food until 10 p.m.,” he says. “Life’s crazy.”
Even with all the fame, Portugal. The Man still remember their history in Columbia. Over the past decade, they’ve played several gigs here, starting at Mojo’s in 2010. The next stop was Rose Music Hall in 2013 and now The Blue Note this month.

“This town is fun, man,” Carothers says. “We’ve had a great time there. Amazing vintage shops, record shops. We’ve had some unbelievable times there.”

They’re no stranger to playing at smaller venues. “We’re from Wasilla, Alaska,” he says. “I didn’t have anything growing up. We make it a point to hit all the smaller towns, all the smaller markets because we knew what it was like to grow up there.”

Smaller towns do it better, according to Carothers. “There’s less pressure, less busy. We get to do a show, be a band. We’ll go to the bar next door, at Booches, do a little drinking. We kinda get to be people a little more. I really like it.”

In 2017, Portugal. The Man launched onto the world stage. If the first couple months of 2018 are any indication, they could reach Imagine Dragons-levels of fame — Grammy nomination, performances on the American Music Awards and “New Year’s Rockin’ Eve,” and the No. 1 song. Those are accolades reserved for the best.

“Just the stuff we’re doing these days is just insane,” Carothers says. “These are things I never would have thought. Nominated for a Grammy? That’s wild.”

Wild. A great way to describe the ride this bunch of “idiots from Alaska” are on. 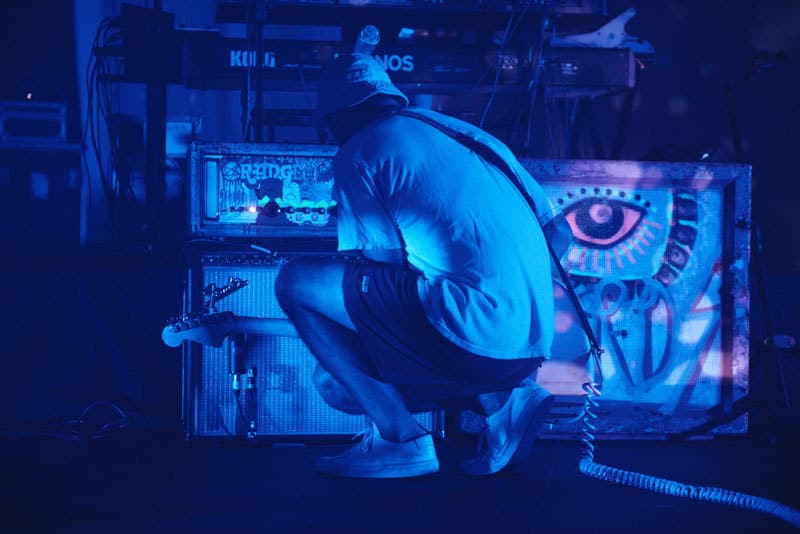 Columbia’s Winter Bucket List: 10 Things to Do During Our Cold, Snowy Season