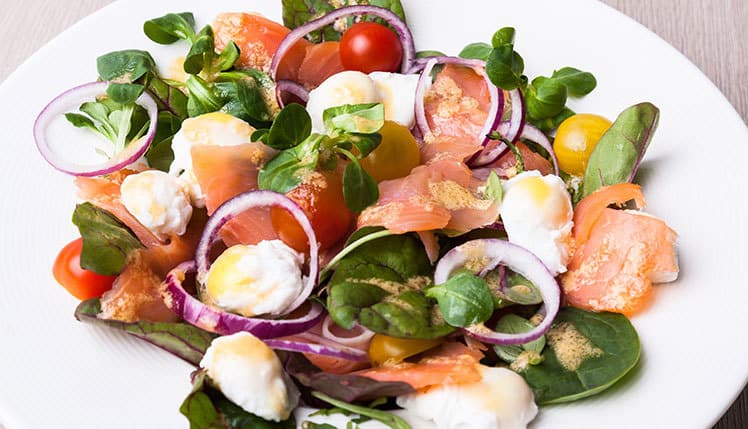 The festive season may have come to an end, but winter is just getting started and plans to stick around for a few months. Many use January to atone for two months of indulgent holiday eating and refocus on health goals. One in three Americans will make a New Year’s resolution to lose weight, but many will abandon that goal before Groundhog Day.

January’s cold, short days and lack of sunlight can make the couch more inviting than the gym, but all that time indoors can lead to a deficiency of the sunshine vitamin: vitamin D. While hibernating at home and digging into comfort foods may sound enticing, a vitamin D deficiency, if neglected, can not only lead to weight gain, but can make losing weight tedious and frustrating.

A Multifactorial Vitamin
One of the most important and lesser known functions of vitamin D is prevention of obesity and assistance with weight loss. Population studies show that individuals deficient in vitamin D are more at risk of developing obesity than their counterparts. Furthermore, it has been documented that women are at a higher risk for gaining additional weight if they suffer from a vitamin D deficiency.

Vitamin D is a fat-soluble vitamin, which means it dissolves and is stored in body fat. This vitamin can be obtained from certain foods like mushrooms, fortified dairy and cereals, fish (salmon, tuna, mackerel), egg yolks and soy. It also can be obtained from sunlight, and becomes activated via the kidneys and the liver to become available in the body. Vitamin D is most commonly known for maintaining healthy bones and teeth, but it is, in reality, a hormone and therefore performs a multitude of functions.
It promotes calcium absorption in the gut, helping maintain adequate levels of calcium in the body to prevent bone disorders. Vitamin D is needed for bone growth and remodeling. Aside from being a key component in maintaining bone health, vitamin D is required for the functioning of the immune system and reduction of inflammation, and a deficiency can lead to the development of heart diseases, diabetes, hypertension, cancers and depression (especially Seasonal Affective Disorder), among others. Studies also have suggested that the overall mortality rates are higher in people identified with a vitamin D deficiency.

Magical Benefits
While there really is no magic pill for weight loss, studies have indicated that a deficiency of the sunshine vitamin can lead to weight gain, difficulty losing weight and, in some extreme cases, development of obesity. A study published in the
Journal of Clinical Nutrition suggested that vitamin D deficiency was markedly elevated in obese individuals. Vitamin D is required for the encoding of more than 500 genes in the body. These genes are responsible for various functions, such as regulating the immune system and preventing chronic diseases. While the clinical community is still investigating the many factors that make vitamin D such a crucial element in preventing weight gain, one explanation is that because vitamin D is a fat-soluble vitamin, there is a correlation between the fat cells and vitamin D within the body. It also has been suggested that a vitamin D deficiency can affect both appetite and metabolism, further increasing the risk for adding extra pounds. It has been documented that a vitamin D deficiency could translate to higher propensity for storing fat around the abdominal section, which can lead to risk factors for developing chronic diseases such as diabetes and heart disease.

Appetite Control
The theory that vitamin D can act as an appetite suppressant has consumed the clinical community now that obesity is deemed a worldwide epidemic. When it comes to weight loss and suppressing appetite, there are quick fixes and fads circulating on social media, but the truth is, clinically speaking, managing your nutritional intake and adding sufficient physical activity are the only proven and successful methodologies. Diet pills and other gimmicks come with a long list of side effects. leading to a vicious cycle of unwanted health problems.
Studies have indicated that when those deficient in vitamin D are provided sufficient amounts of the vitamin, a natural appetite-suppressing and fat-burning mechanism begins that assists with weight loss and helps maintain the lost weight over a long period of time. The effect of vitamin D on the thyroid and parathyroid hormones makes it a successful fat burner. In fact, it has been suggested that when vitamin D deficiency is corrected, the genes that promote fat storage are switched off and the ones that activate the metabolism, reduce appetite and burn fat are switched on. Bonus effect: Vitamin D has anti-aging properties, reducing premature wrinkles and age spots.

The Right Amount
Since vitamin D has so many functions within the body, the National Institutes of Health recognizes the importance of ensuring sufficient vitamin D intake across all ages and ethnicities. The medical community continually evolves in its recommendations of vitamin D, especially to help reduce obesity and related chronic diseases, but doctors wisely advise patients to consume vitamin D supplements with caution because too much can lead to toxicity. Vitamin D-rich foods are a safe way of preventing deficiency and reaping the weight loss and fat burning effects brought about by the sunshine vitamin. Physical activity, weight training and plenty of sunshine will help you get sufficient vitamin D and enjoy its fat-burning properties.

Dr. Suman Ahuja completed her education at Columbia University College of Physicians and Surgeons in New York and at Texas Tech. She has a doctorate in Clinical Nutrition with an emphasis on obesity treatment and prevention. She defines nutrition as a form of functional medicine without which, chronic diseases cannot be treated or prevented.