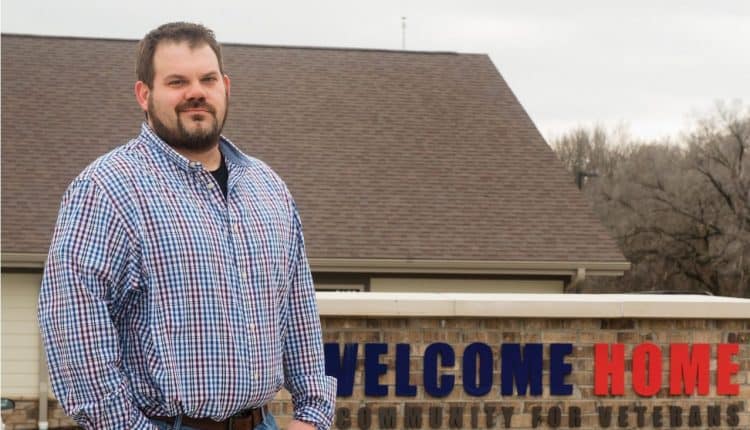 By Inside Columbia Last updated May 27, 2020
Share
Springfield, Missouri-born Scott Buis served in the Army for four years and four months. During that time as a network switching systems operator and maintainer, Buis was stationed at Fort Huachuca in Arizona and Camp Red Cloud in South Korea. In fact, Buis was in South Korea on September 11, 2001, during the attacks on the World Trade Center and the Pentagon, and has a vivid memory of alarms going off as he and his team expected the worst to be upon them. Though adrenaline was rushing, Buis was able to hold his nerve and serve. He was awarded the Army Commendation Medal, National Defense Service Medal, Global War on Terrorism Service Medal and the Korea Defense Service Medal, to name a few of his numerous achievements. Buis also spent time in the mountains of Pakistan, which became one of his favorite places to which he traveled because of the people he met and got to know. It was there Buis learned firsthand that while he and the soldiers he met came from different places, they shared the same goal of trying to make the world a better place.
Now home in Columbia, Buis is proud to work as a military social worker. Not one to shy away from responsibility, Buis also volunteers with Welcome Home as an outreach coordinator. His discipline and experience has made him a perfect candidate to connect veterans with the services offered with Welcome Home.
When not working, Buis is an avid biker and likes to spend time on the MKT Trail. Buis is also a family man and can be found around town at parks with his wife, Carmen, their three-year-old daughter and dog.
Continue Reading
Share FacebookTwitterReddItWhatsAppPinterestEmail