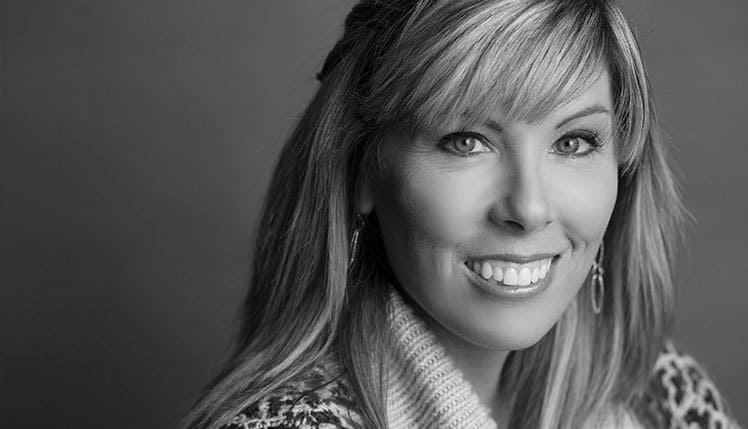 The path to literary success rarely follows a straight line. That was the case for mystery novelist Jill Orr. After getting her bachelor’s degree in journalism at the University of Missouri, Orr worked in advertising. Eventually she went back to school and got her masters in social work, but after the birth of her son, she decided to become a stay-at-home mom.

“I realized I missed writing, so I tried it,” Orr says. “I didn’t tell anyone. I thought, maybe I’ve got a book in me.”

She had more than one.

Before her first published work, “The Good Byline,” Orr wrote two books that were not picked up by publishers, and she’s glad her kids were able to see her try and fail, then try again and eventually succeed. The first two books Orr wrote were general women’s fiction, rather than the mystery genre of “The Good Byline” and her most recent work, its sequel, “The Bad Break.”

“With a mystery, it’s like you’ve got this nice built-in structure,” she says. “There are certain things as the writer you have to do. You have to have a sleuth, clues, a bad guy, etc. You get pegs to hang your story along.”

The protagonist of “The Good Byline” and “The Bad Break” is Riley, a librarian assistant with an obsession for reading obituaries. Orr came up with this character quirk when she stumbled across an obituary on Facebook one day.

“It was titled ‘Best Obituary Ever Written,’ so of course I had to click on it,” Orr says. The obituary was funny. It was touching, and it made you wish you had known the man who died, she says.

From there, Orr kept reading obituaries on the same website and started noticing a pattern. Many of the same usernames were commenting on obituaries of people from across the country. After some sleuthing of her own, Orr realized that these people did not know the deceased but were actually obituary fans.

At first, Riley was created to have a cynical, gallows humor stereotypical of someone who enjoys reading obituaries, Orr says. But then, she realized the people who read the obituaries were actually positive people.

“They are not cynical at all; they are looking to learn things from people’s lives who have died,” she says. “It’s actually a very optimistic pursuit. They are hopeful and want to see what a person’s life meant.” After that realization, Orr’s vision for Riley became much more hopeful and optimistic.

When writing a sequel, one of the challenges is that the character needs to grow and change, Orr says, but since it’s only a few months down the road from the first book, she couldn’t have grown that much.

“I had to keep her growth and personal development realistic, but also keep readers from getting frustrated that the character is making the same mistakes. I had to make sure to keep her actions realistic with what a person in their early 20s would do.”
A person’s early 20s is when they experience the most growth and development, Orr says. “You have to sink or swim.”

As the mother of two teenagers, Orr says being a parent has influenced every aspect of her life, including her writing. “You don’t see the world in the same way,” she says.

Orr thinks of Riley as both an independent woman and as somebody’s daughter, which is especially important because of
Riley’s age. “People in their early 20s still have one foot in both worlds. They’re independent, but newly independent.”

Orr didn’t model any of her characters in “The Good Byline” on people in her life, at least consciously. “I was in HyVee and walking through aisles, and there was Will Holman [a character in the novel],” she says. “The character in my head — it’s like he came to life.” However, after being published, friends and family asked to be put in her next book. So, Orr uses likenesses and names of some people from her life in “The Bad Break.”

She won’t give away any spoilers, but Orr says readers will be surprised at how independent Riley has become in the sequel; that’s all she will reveal.

“The Bad Break” comes out April 3.

Faces Behind the Places