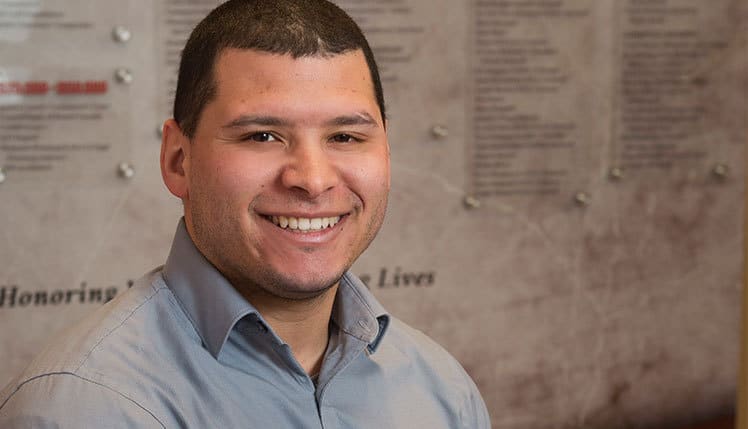 By Inside Columbia Last updated May 27, 2020
Share
– PROMOTIONAL CONTENT-
Joseph “Jo Jo” Blanton served in the Army as a 91E-Allied Trade Specialist, stationed in Kosovo, Germany. He is currently in the Reserve/Guard.
Blanton is a highly decorated veteran, a two-time recipient of the Army Achievement Medal and numerous other distinctions. If he were advising members of the younger generation who were thinking of joining the military, he would tell them to do research. “There are more jobs in the military than what most recruiters tell you,” he says.
“Research into fields that you might be interested in and want to pursue after you get out. You can tell the recruiter exactly what you want to do and as long as you are qualified they should make it happen. If they don’t, go to a different recruiter.”
He also adds that if you don’t like running, the military’s probably not for you.
While deployed, Blanton had the opportunity to visit Nuremberg, a memory that has stuck with him. He says he most missed his grandma’s homemade ice cream.
When not studying for his master’s at MU, he enjoys spending time on Columbia’s trails and says he puts way too much money into his motorcycle.
Not surprisingly, Blanton is a diehard Mizzou fan. He’s also a huge fan of Welcome Home, where he’s served as a board member for more than five years. He passionately believes in the good work the nonprofit does in helping homeless and at-risk veterans, and has also volunteered with the organization for six years. The time and effort he spends supporting Welcome Home is right in line with his favorite saying: “If you’re not on fire, then you’re burnt out.”

This Salute to Local Veterans is in Partnership with