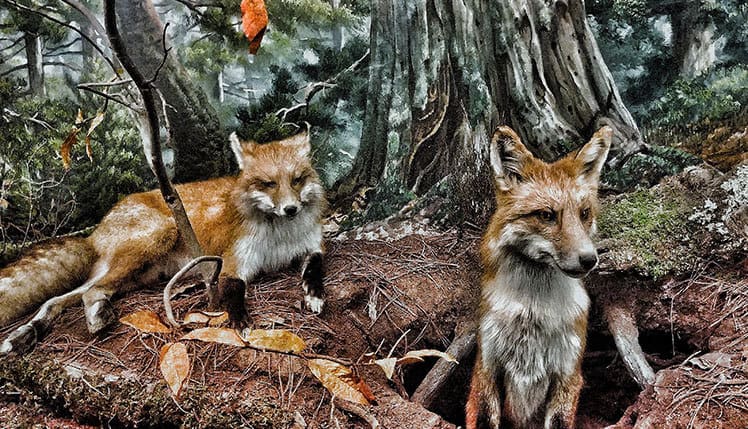 WOW! In a word, that’s a common reaction to the Wonders of Wildlife National Museum and Aquarium that opened in Springfield last September. It’s not often that the acronym for something is also the most fitting descriptor, but in this case, it is.

Thousands of people agree. Wonders of Wildlife was voted America’s Best New Attraction of 2017 by the readers of USA Today, after being open only three months. It’s the largest and most immersive fish and wildlife attraction in the world — and it’s right here in Missouri!

More than 1.5 miles of trails lead visitors through the natural history museum and several art galleries and special collections before ending in the aquarium.

The 350,000-square-foot complex houses more than 35,000 live fish, mammals, reptiles, amphibians and birds, representing 800 species, and hundreds more mounted specimens displayed in lifelike dioramas. There are 1.5 million gallons of freshwater and saltwater aquariums, and dozens of mini museums tucked away in galleries throughout the complex. 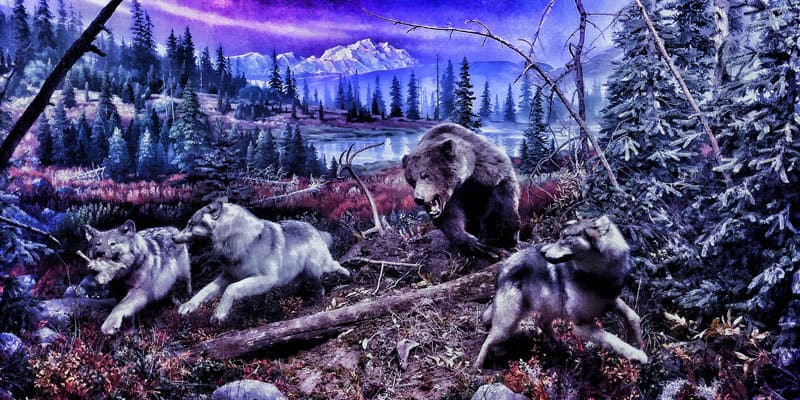 The vision of Johnny Morris, conservationist and founder of Bass Pro Shops, the nonprofit Wonders of Wildlife is a tribute to those who hunt, fish and act as stewards of the land and water.

The museum and aquarium are located next to Bass Pro Shops Outdoor World and national headquarters in Springfield. The mother store of the popular outdoor chain has long been the No. 1 tourist attraction in the state; with the addition of the museum, it has become an even greater draw. It offers yet another option for the millions of visitors who flock to nearby Branson.

The tour begins with an escalator ride through a herd of bison, and ends hours later with petting a stingray on the ocean floor.

Fascinating dioramas — complete with sights, sounds and smells — surround visitors as they follow the trail from the chill of the Arctic to the cold winds of the Alps and the dry sun of the African savannah. Visitors also walk through a re-creation of the cabin where Theodore Roosevelt stayed between 1883 to 1887 at Elk Horn Ranch in North Dakota; it was there he developed his conservation ethic.

A series of connected galleries is devoted to the Lewis and Clark Corps of Discovery Expedition of the early 1900s. Another gallery explores the near demise of the American buffalo and honors Native Americans. A series of National Park wildlife galleries celebrate “America’s Best Idea.”

All that, and visitors haven’t even reached the aquarium yet.

In the Great Oceans Hall, a circular “open ocean” habitat beckons. A three-story spinning column made up of thousands of herring form a “living bait ball” — with blacktip sharks circling nearby. 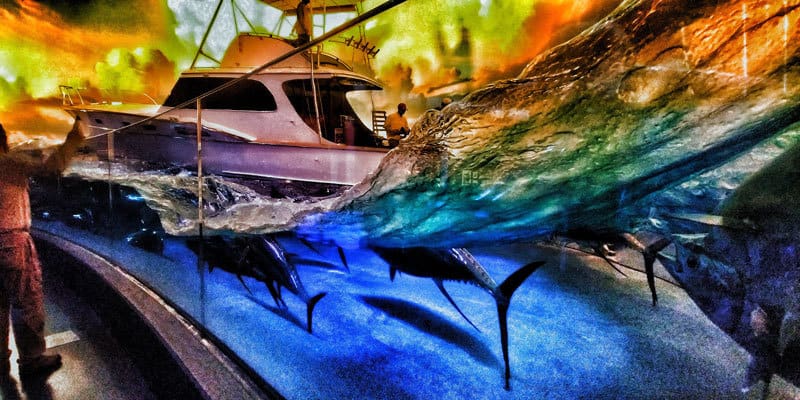 Progressing through the exhibits, it’s easy to understand why it took more than 2,000 painters, sculptors, woodworkers, iron workers, taxidermists, illustrators, designers, scientists, biologists, engineers and others more than nine years to create the elaborate, mind-blowing experience.

The final exhibit is a mural of the Ozarks, with this conservation message: “Full circle. Remember, we all live downstream!” And that, folks, is what Wonders of Wildlife is all about.

Head next door to one of the many eateries in Bass Pro Shops for some sustenance after this stimulating journey.

To make a weekend of it, book a room at the exquisite Hotel Vandivort, the jewel of downtown Springfield. Originally built as a Masonic Temple, the 108-year-old building is on the National Register of Historic Places.