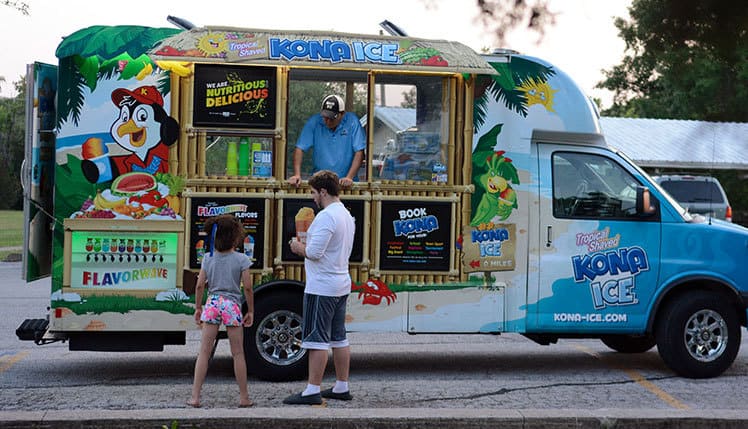 Shaved ice wasn’t something Kona Ice Como co-owner Cathy Cook had tried before she became a franchise owner. She and her husband started the business when he ran across a marketing campaign for Kona Ice.

When they were headed back to town with their new truck, fear started to creep in. Any doubts were quickly waived when a guy approached them a half block from their house, saying he had been trying to find out where Kona Ice Como was.

Five years in, they have six trucks that go from north of Columbia to south of Branson, and the biggest challenge is trying to keep everything running smoothly, Cook says. They do six to seven events per day, so keeping track of scheduling is very important.

Her favorite part is meeting new people and having the chance to go to new places and events. “It’s amazing because it doesn’t matter what walk of life people come from. I serve people in Douglass park, who have never left, or people that have come from another country, or there’s people who go to Hawaii all the time, but across the board I get the same thing from customers: ‘I feel like I am on a tropical island.’ ‘I feel so happy.’”