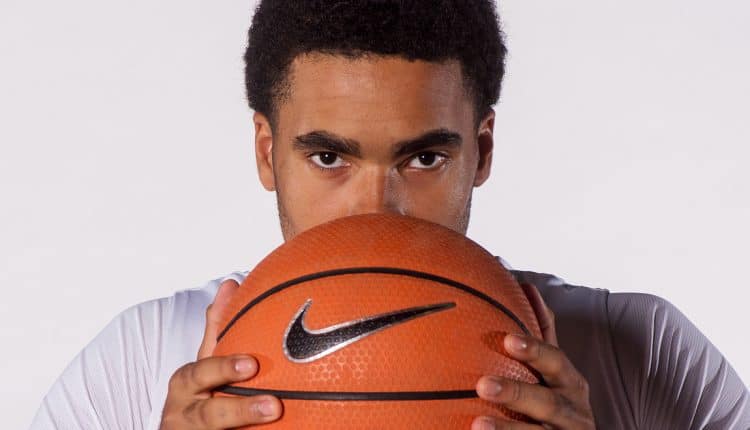 Last summer, Jontay Porter was preparing for his senior year of high school.

His family had moved back to Columbia from Seattle after the additions of his father, Michael, to Martin’s assistant coaching staff and his brother, Michael Jr., to the Tigers’ roster.

Jontay faced a choice: maintain course and play his senior year of high school or accelerate his academics, graduate early, reclassify and join his father and brother at Missouri.

Last August, he opted for the latter. And, nine months later, after an impressive freshman season, the 18-year-old found himself with a real decision to make about whether to jump to the NBA.

Porter went to the NBA Combine workouts from May 16-20. The next week, he worked out for the San Antonio Spurs, who told him that he would be off the draft board by the end of the first round if he decided to go pro.

The truth was, though, he had all but made up his mind already before the combine started. Everything was just moving a little too fast.
“He just wanted to slow it down, savor being a college student, being with these guys at least one more year,” Michael Porter Sr. says. “Also, he just wanted to get better.”

All of Jontay’s basketball-playing life, he’s been in his brother’s shadow. Michael is 17 months older than Jontay, and they played with each other through AAU ball in Indiana and Columbia (when their father took a job on the staff of his sister-in-law, Robin Pingeton, with Missouri women’s basketball in 2010) on to their prep career at Tolton Catholic and one year at Seattle’s Nathan Hale High School.

With Michael out for almost the entire season last year after back surgery, Jontay got to show off his versatility without his brother on the floor. The younger Porter averaged 9.9 points and 6.8 rebounds in 24.5 minutes per game; he also showed a surprising flair for passing (74 assists) and perimeter shooting (40 made 3-pointers) that doesn’t usually come easily to 6-foot-11 post players. He served as a steady complementary scoring option off the bench to seniors Kassius Robertson and Jordan Barnett, as the Tigers posted a 20-13 record (up from 8-24 the year before) and earned their first NCAA Tournament berth since 2013.

With Robertson and Barnett gone this year, Jontay knows he’s going to be one of Missouri’s top options every game. So he used his time testing the NBA Draft waters to work on his game. 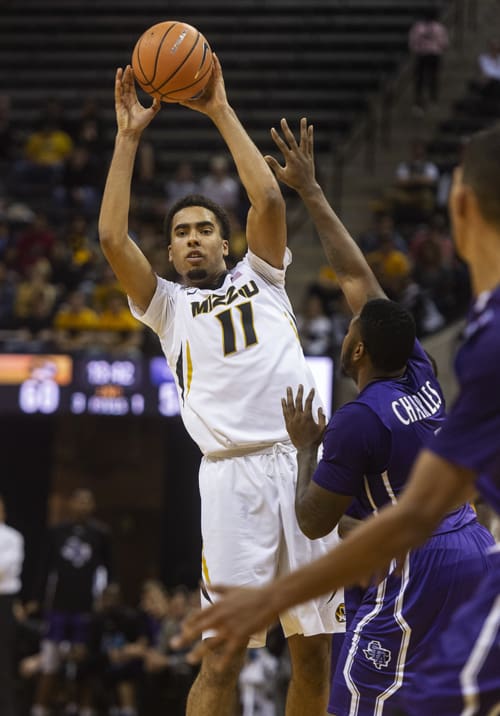 Back to School
Jontay Porter during the second half of an NCAA college basketball game Tuesday, Dec. 19, 2017, in Columbia. Missouri won the game 82-81.

“I want to be able to finish better, because I’m going to have the ball in my hand a lot. Whether it be post moves or driving or whatever, I can’t rely on my jump shot for every shot I take,” Jontay says. “Being able to finish through contact and really being able to impose my will on smaller defenders are some of the bigger things I’ve been working on. Hopefully I can implement it into the game, but we’ll see. It’ll be a fun year.”

It’s a year he very well could have been spending in an NBA uniform. He never signed with an agent, but he prepared for the draft in Chicago and had his brother’s agent, Mark Bartelstein, working on his behalf as an information broker. Former West Virginia — and current Memphis Grizzlies — guard Jevon Carter ran Jontay ragged during pre-combine workouts, and Jontay realized he still had a lot of room for improvement.
Michael Porter Sr. says he tried to play “devil’s advocate” with Jontay during the process to try to help his son decide what would be the best move for him.

He wasn’t Jontay’s coach in those conversations; he was Jontay’s father.

“Whatever decision he made, I wanted him to think through it really well from both sides and not let his emotions lead him in that decision,” Michael Porter Sr. says. “No matter what happens with Mizzou, I’m his dad first. That’s how I looked at it and how I try to look out for him in that regard.”

Even though he could’ve decided to continue his maturation process in the NBA, Jontay decided Columbia was the best place for him. He wasn’t quite ready to let go of being in the same city as his father, mother and the six siblings besides Michael.

“I was telling teams that I was thinking about coming back to Mizzou; they kind of laughed. Like, ‘Why? Why would you do that? It doesn’t really make sense,’” Jontay says. “When you hear that, you’re kind of like, ‘Dang, maybe they’re right.’

“Yeah, I might have been ready to play in the NBA this year, but there’s so much off-the-court stuff, like learning how to be a man and carry myself as a man, being off on my own, that I need to learn before I’m ready to enter that lifestyle. Even if they told me I would be the No. 1 pick, I was pretty sure I was coming back for other reasons.”

This year, the Tigers return a core of players such as Porter, Jeremiah Tilmon, Kevin Puryear and Jordan Geist, who tasted success and want that feeling to linger. Jontay says the mood around the team is very positive, and the chemistry could already be even better than it was last year.

As he sat in the green room at the NBA Draft with his mother, father and brother in New York on June 21, he couldn’t help but imagine how, had he chosen the other path, he might be waiting to hear his name called that night as well as Michael’s.

As the Denver Nuggets picked Michael No. 14, he slapped his brother’s hand and beamed ear to ear. His moment could wait. It’ll be here soon enough.

“There’s a little part of you that wishes it was you, but just getting to be there with him and experience that night with him, there was no jealousy or anything,” Jontay says. “It was just straight happiness for him and what he was going through.

“It was kind of like a magical night. It sounds cheesy, but that’s really what it was. We’ve been dreaming about that, basically, our whole lives.”

Before the “I do”