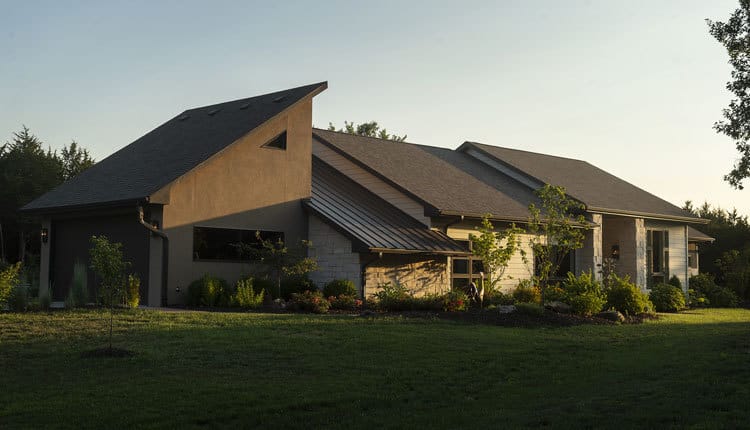 In a few weeks, trees throughout the Mark Twain National Forest will begin their annual transformation from the greens of summer to autumn’s deep golds, oranges and reds, and Dr. Shelley and Barry Williams have a front row seat. At their home on the edge of the timber stand, button bucks and does with their white-speckled fawns are frequent visitors to the front yard, and cell service is hit-and-miss; they love the peacefulness of their rural Boone County home.

“I like what it does to my state of mind. I relax when I get home. I never could relax like this even when I lived in mid-Columbia,” Barry says. “Out here, it’s just nice and quiet. I love our house. I love the conveniences it offers. I love the pool, but more importantly, I like how I feel when I drive up and I’m on my property.”

Shelley agrees. When she veers off the highway, she passes cornfields, cows and a horse farm, and by the time she’s home, she’s completely forgotten about town and work. “You switch gears, but I really like coming home and getting in my pool and my float,” she says.

Barry laughs at that. “I have to say, I never see her quite as blissful as when she’s here floating in the pool.” 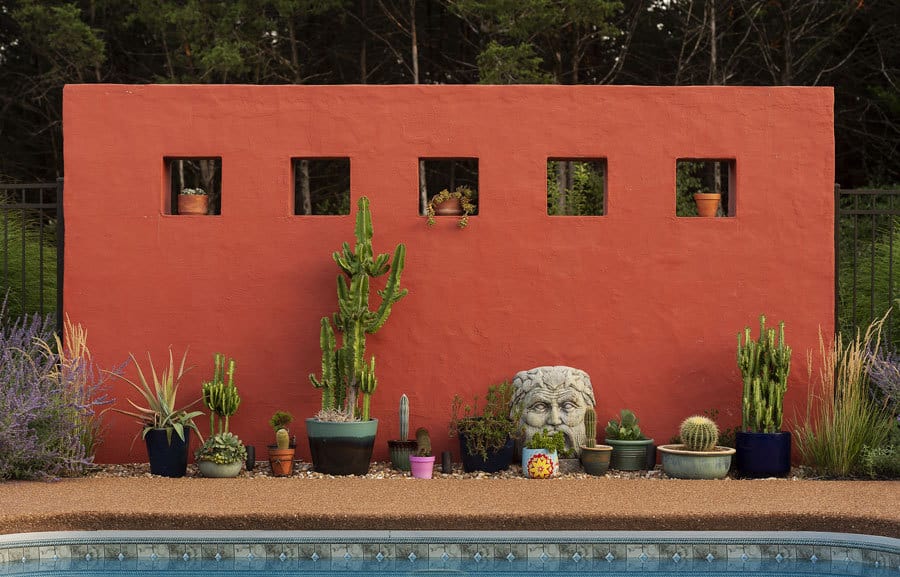 The Williamses relocated to Columbia from the Dallas-Fort Worth area in 1996 and opened Shelley’s optometry practice. In the basement of their mid-Columbia home, Shelley hatched a plan some 10 years ago when she put her vision of a dream home on paper.

Four years ago, they made the leap to build their forever home. Just more than 3,000 square feet, the u-shaped home was hard for some friends and contractors to grasp.

“This is very, very common in the Southwest,” Barry says. “The u-shaped house with pool attached or very close by, that’s just how we grew up. Right out the back door, the pool was there.”

The pool in the center was Shelley’s starting point. She and Barry wanted privacy, and one “wing” of the home needed to be theirs. She thought the kids might still be living with them, so they would have the other wing, but as time went on and the kids grew, the focus shifted to guests.

“What we didn’t realize, really, was how the pool dictated the overall measurements of the house,” Barry says, “because you have to have so much room on each side of your pool. So we had to go this way (he points to the main living space width) further because we had to expand the walking space on each side of the pool.”

As a result, the guest side of the home got smaller due to the cost per square foot to pour the concrete flooring. With the stretch, some “empty space” was added in the foyer area, Barry says, but it worked out. Budget, retirement and future travel were key factors in their choice to limit a larger footprint.

“This was our house that we felt like gave us everything that we needed,” Barry says. “This is not a palace in any form or fashion; it’s just a very comfortable home that gives us what we want. That’s the way we like it. It fits our lifestyle and our future.

“We probably could have built bigger — afforded to build bigger — but we had talked about these concepts of ‘Just how much room do you need?’ ” he says, “and we thought, ‘You know, we’re just not going to do guest bedrooms on a grand scale.’ ”

Despite the pushback, the Williamses held on to their Texas roots. “Maybe this gives us a feeling of being back home,” Shelley says.

“I think it does,” Barry says and points out the stone accent wall in the outdoor living space. “You know, the limestone is Texas limestone.”

There are other Southwestern touches beyond the floor plan, the pool and the limestone. Shelley points to the longhorn skull on the wall and mentions the stucco accents outside. “We just wanted to bring a little bit of our Texas roots up. … Subconsciously, you do kind of go to your roots.”

As for Texas, Barry says they’d never go back. “Texas is a place where my heart will always be,” he says, “but honest to goodness, I would never move back. I really like it here. The quality of life here is far superior.

“You have conveniences; you have lots of things to choose from [in Texas],” he says, “but in the end, you start realizing that all of those things don’t mean a whole lot, and we like to connect with the outdoors and nature.” 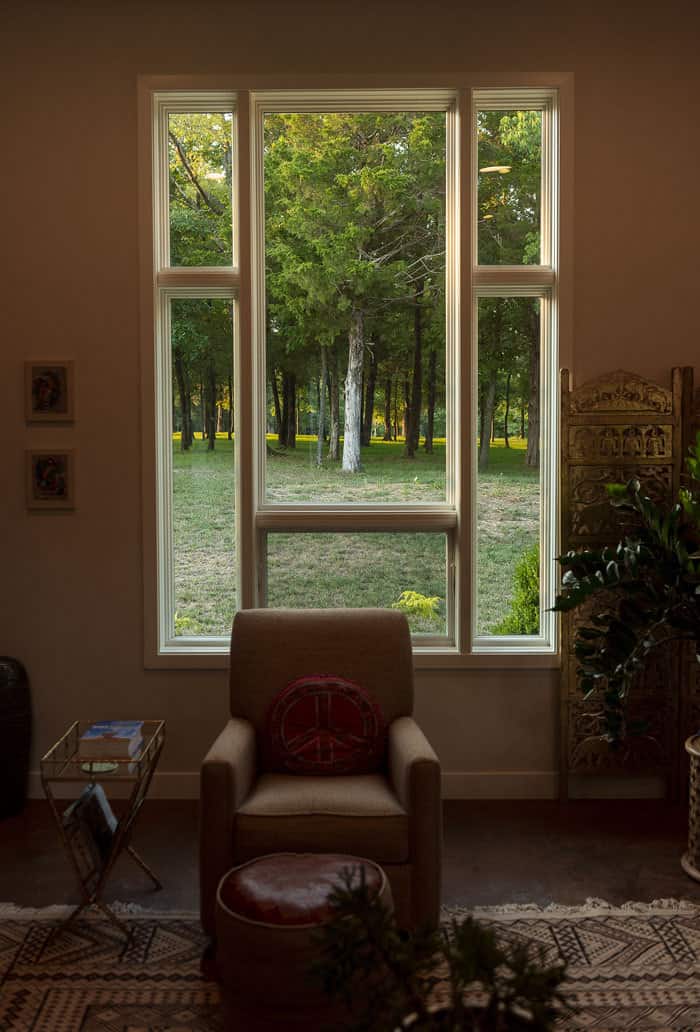 The View, Inside and Out

The Williamses’ style is somewhat eclectic.

“This is just what we like,” Shelley says, motioning to the furniture and décor. “We don’t confer with too many people.

That said, she did have help. Friend and interior designer Ed Rohlfing helped a little, as did a few others. It was a conglomeration of people with different talents Shelley pulled from to achieve the look and feel she wanted. Rohlfing helped her procure light fixtures she had imagined, designed the front door and suggested the cutouts in the pool accent wall, while architect Gordon Thompson helped shore up the floor plan, exterior elevation and window design.

“We wanted the focus to be on the outdoors,” Shelley says. “You can see out from every room in the house.” Indeed, an unobstructed view can be had to the front and rear of the house from every room.

“We wanted the ‘artwork’ really to be about the outside,” she says. “That’s the art.”

Together, Shelley and Barry have created a haven for themselves with both the Southwest influence and Missouri tranquility they love.

“I was a part of every decision that went into this house,” Barry says, “but she was the one that went out and … was bringing the ideas. She had the passion of making this happen.”

They both feel the house is still somewhat of a work in progress, though, but are happy they made the choice to build it.

“I was a little uncertain about it, but I love her. I followed her before, and it worked out,” Barry says. “I thought, ‘We’re going to do this one, and we’ll see how it works out.’ I’ll tell you what, I think that we are both extremely happy that we did.” 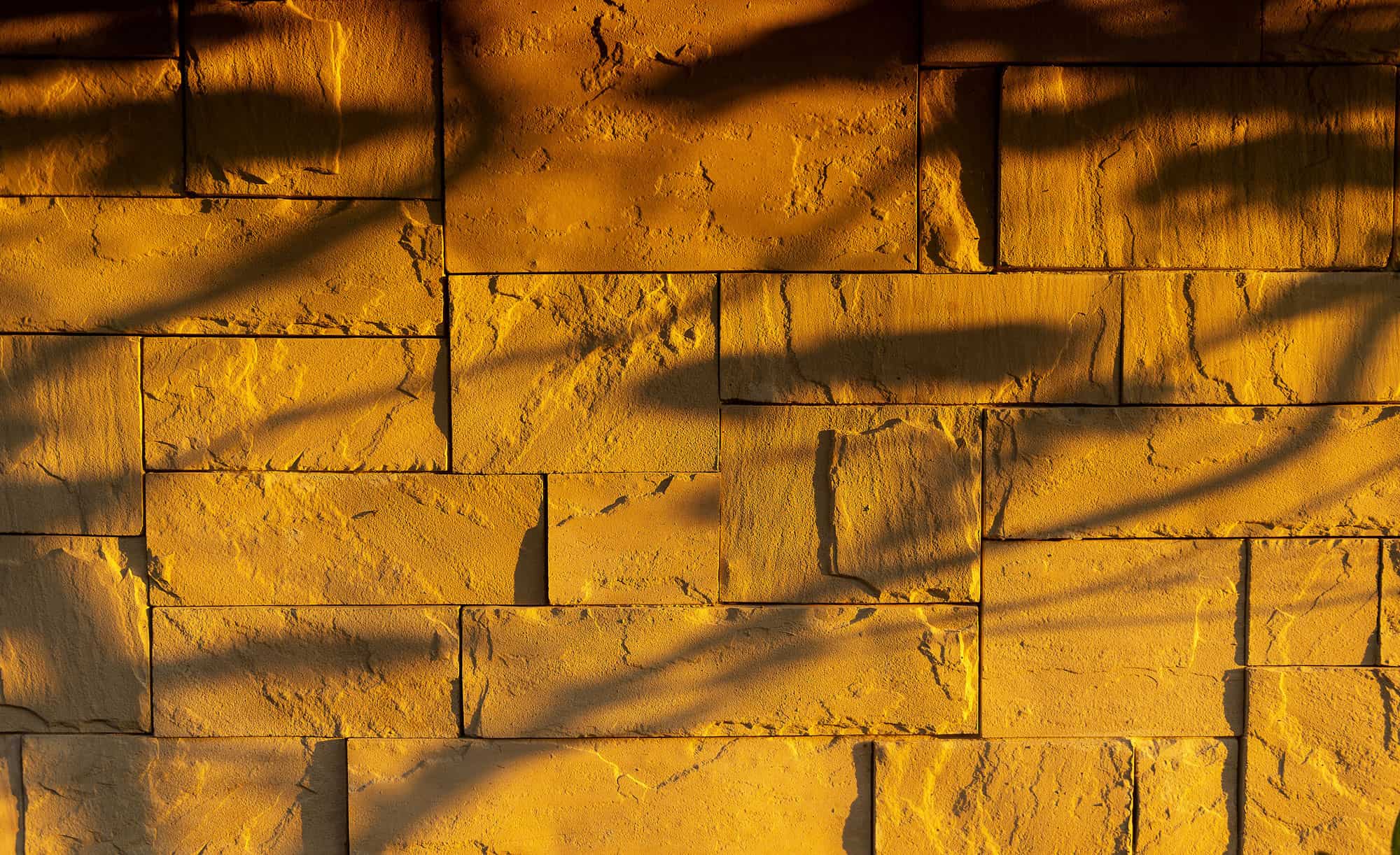 Nurturing the Legacy of Family Businesses