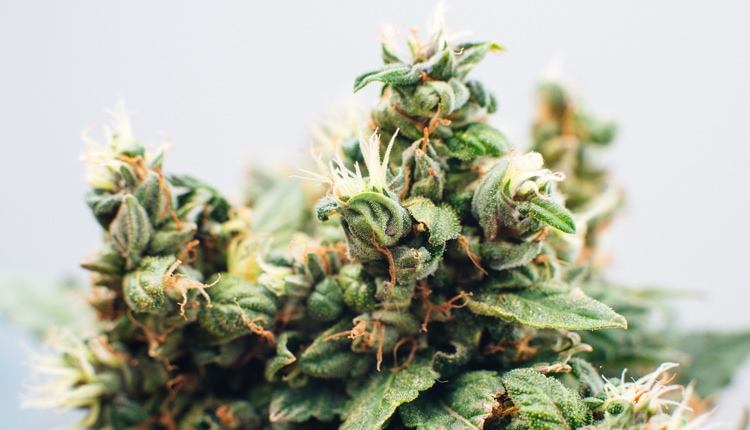 When the Columbia City Council passed a resolution in February that supported statewide medical marijuana legalization, it stepped out of its comfort zone and into a familiar place — at the vanguard of progressive policy in Missouri.

In 2004, Columbia became the first city in the state to decriminalize possession of minor amounts of marijuana, treating the offense as an infraction similar to a traffic ticket. Since then, St. Louis and Kansas City have adopted similar policies and the national landscape has changed drastically, with medical marijuana now legal in 30 states and the District of Columbia.

All signs indicate Missouri is poised to join their ranks this year. As national polls show widespread bipartisan support for medical marijuana, two citizen-led initiatives vying for the November ballot would amend the state constitution to allow patients to use marijuana with a doctor’s recommendation. If both measures qualify for the ballot as expected, the one that receives the most votes will prevail. A third measure would enact a statutory change, and another seeks to legalize full recreational use of marijuana. In the legislature, the Missouri House has given initial approval to a narrowly worded medical cannabis bill sponsored by Rep. Jim Neely, R-Cameron, that would apply only to terminally ill patients.

“In general, I try not to attach us to things that aren’t part of our immediate agenda,” says Second Ward Councilman Mike Trapp, who championed the current resolution on the council. “We have enough controversy without attaching ourselves to larger social issues.”

But he explains why the council went out of its way to advocate for medical marijuana: “What really changed me on this was the opioid epidemic. I believe people are dying on a weekly basis. The official counts are astoundingly high — somewhere like 40 a year in Columbia, and I believe that’s a massive undercount. So I believe that opioids are a scourge, and it’s truly an epidemic.”

At first, only he and Fourth Ward Councilman Ian Thomas were ready to move forward with the resolution. Several colleagues had to be persuaded: Sixth Ward Councilwoman Betsy Peters, a neonatologist, raised issues about pregnant and breastfeeding moms, and Third Ward Councilman Karl Skala wanted the Columbia/Boone County Board of Health to review the resolution, which was tabled until that board gave a thumbs-up.

Mayor Brian Treece had technical concerns about the resolution language and questioned whether the council should stray from its “bread-and-butter” lobbying issues, which include support for the University of Missouri, the MU Research Reactor, Columbia Regional Airport and the city-schools collaboration on transit, “but I tried to answer that by clearly tying it to the opioid epidemic, and that carried the day,” Trapp says.

In the end, the vote was unanimous. Trapp, who has worked as a counselor for and director of substance abuse treatment center Phoenix Health Programs, says the issue hit home for him because he takes care of his uncle, a World War II veteran who is suffering from an aggressive form of prostate cancer, “and he does not have long to live, and he is on a fentanyl patch, and he’s on Oxycontin for breakthrough pain.”

“I don’t think of my 90-year-old uncle as the face of the opioid epidemic,” Trapp says, “but he’s been having a lot of pain. He has a patch on, and if he has breakthrough pain and then in a couple hours if he forgets and takes another opioid, he could easily [overdose], and they would never call that opioid overdose; they would say death by prostate cancer, or respiratory failure, so that’s why I think there’s an undercount. And the evidence is real clear that cannabis is a safe and effective treatment for chronic pain.”

Yet there are those in the recovery community who believe a drug is a drug.

Count Randy Minchew, a Columbia entrepreneur who serves on the board of Phoenix Health Programs, among that group. “There’s no one who comes into Phoenix House, coming in to do detox or recovery, who doesn’t also smoke weed,” he says. “You can’t ignore the coincidence that’s there, when you talk about people who are being damaged by use of illegal drugs and the lives that are damaged.”
“If you want to try to tag marijuana as sort of a harmless deal,” he says, “why is it that everyone whose life has become a disaster because they’re addicted to some other drug, they also smoke pot?

“Personally, I’ve been in recovery for 40 years, and I’ve helped thousands of people who were in the throes of addiction, and so I have a slanted view, perhaps, because I just see the bad that happens from using drugs. I don’t see the good.”

Michelle Baumstark, community relations director for Columbia Public Schools, foresees the potential for challenges with enforcement: “Just like with anything when you have something with the city that differs from what state or federal law is, it always comes down to the issue of enforcement and how you maintain something that the schools are required to do with what is allowable in your community.

“We can go back and look at what other communities have struggled with, where other states have struggled, how that implementation went, how they handled it with public school districts, which are required to abide by what the federal law says even if the state law has changed. Obviously, a good example is Colorado. … In a way we’re fortunate that others have gone through this, that there are best practices and places to learn from as far as implementation is concerned, but it doesn’t change what we’re required to do at the federal level. So, for us, even if our state law changed, we still have the federal Safe and Drug-Free Schools Act.”

Baumstark serves as the schools’ representative on the city’s Substance Abuse Advisory Commission, which has considered the potential impact of legalization in the past. “We voiced these same things at that point in time when it initially came up — that whether we have an opinion specifically on medical marijuana is almost irrelevant because we’re required to follow the law,” she says.

Trapp says the idea for a resolution came about when the city was looking at the prescription drug monitoring program, and Columbia attorney and longtime marijuana legalization advocate Dan Viets said, “Hey, if you’re going to do that, which is an affront to my civil liberties, why don’t you do something about medical marijuana, which is probably more effective?”

Viets, who has served for years as the Missouri coordinator for the National Organization for the Reform of Marijuana Laws (NORML), helped write the city resolution and the petition for the New Approach Missouri medical marijuana initiative. He also chairs the board of directors of the group’s campaign committee. New Approach narrowly missed making the ballot in 2016 when election officials threw out roughly 10,000 signatures in Missouri’s Second Congressional District, in the counties outside St. Louis, despite polls at the time showing 62 percent of voters supported the measure.

“That will not happen again,” Viets says of missing the target. The group got an earlier start gathering signatures this time around, and New Approach appears to have surpassed its goal of collecting 170,000 signatures, which are due to the Secretary of State’s office by May 6.

Key provisions of the New Approach initiative are that the program would be run by the state Department of Health and Senior Services, which would charge fees on the licenses it issues. A 4 percent sales tax would go to the state’s Veterans Health Care Fund, and patients would be able to grow as many as six plants in their homes.

A competing constitutional measure, the Missouri Medical Marijuana Initiative, is a self-funded effort by Springfield attorney and physician Brad Bradshaw. It would establish a medical research institute that would be funded by a 15 percent tax on sales of medical marijuana.

Trapp and Viets say Bradshaw’s measure is self-serving. “A lot of the patients who need medical marijuana don’t have the money to pay for all of the projects that Mr. Bradshaw wants to fund,” Viets says.

He also points to the political diversity of the New Approach team and its supporters: Campaign consultant Jack Cardetti is a veteran of several Democratic campaigns and “is well-liked on both sides of the aisle,” and campaign manager John Payne is a Republican who has worked for Rex Sinquefield’s Show-Me Institute.

“This is a very bipartisan issue…It’s not a Democrat or Republican issue by any means, and neither is
our campaign.”

“This is a very bipartisan issue,” Viets says. “It’s not a Democrat or Republican issue by any means, and neither is
our campaign.”

Nevertheless, in a Feb. 12 column in The Missouri Times titled “Don’t Gift Medical Marijuana to McCaskill,” Columbia attorney Jennifer Bukowsky writes that “one way or another, Missouri is going to go to pot.” She implores her fellow Republicans to sign on to Rep. Neely’s HB 1554, which she says must be broadened to help patients other than the terminally ill, to pre-empt the November ballot initiatives.

Members of both initiative petition campaigns say HB 1554 falls far short of what’s needed and is unlikely to pass, anyway. Trapp concurs, although he says he “would take that” if lawmakers would act on it. He foresees increasing demands on the legislature to act. “Any legislator who has gone through what I’ve gone through would support a terminal illness exemption and get it in the hands of cancer patients as quickly as possible,” he says. “I’m quite sure of that.”

Like Bukowsky, Trapp thinks the time has come: “More likely than not, in January of 2019, we’ll have a medical marijuana regime in the state of Missouri.”

Still, he says that as a policymaker versus an activist, “I’m more cognizant of the people who are uncomfortable with marijuana and recognize that they have legitimate interests in not being exposed to it.”

Though he favors broader legalization, he says, “I’ve tried to focus on what’s achievable right now. … I think medical is the best place to start because there’s majority support, and there’s such a definite need for it, and it allows people to feel more comfortable with it. I think medical is a very appropriate way to move forward at this point in Missouri.”

20 Ways To Get Fit in Columbia