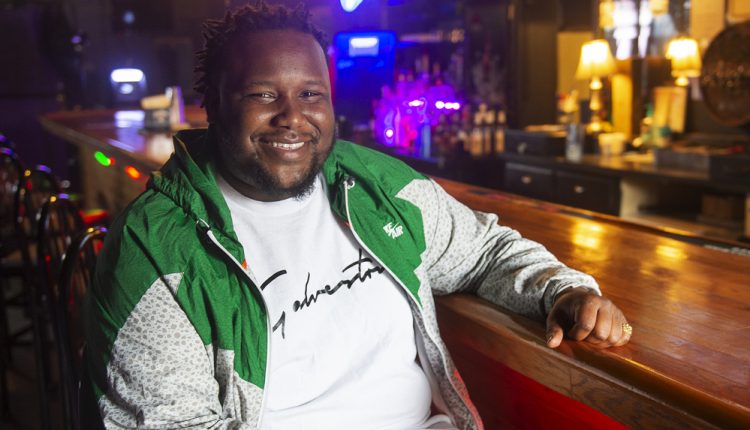 Joshua Williams Sr. has a heart to serve others.

When doctors released Joshua Williams Sr. from the hospital in December 2017 — after an almost fatal gunshot wound — he immediately started cooking. Despite orders to rest, the 30-year-old chef-owner of Papadoo’s Soul Food & BBQ says feeding people was the best way he could show gratitude to those who supported him as he fought for his life.

“People in Columbia looked out for me when I was in the hospital,” Williams says. “They made sure my kids got to school and had warm winter clothes. They brought me food. They showed me so much love and helped me when I was at my lowest.”

The help that Williams received in his time of need is a reflection of what he gives on a regular basis. He prepares food for local homeless shelters, coordinates a school supply drive and gives free meals to low-income families. In the aftermath of Hurricane Harvey in 2017, Williams drove a U-Haul truck filled with food, water and other supplies to his hometown of Galveston, Texas. With donations from Columbia residents and businesses, he was able to feed 2,500 people.

“God has put it in my heart to give back,” he says. “It doesn’t take a lot to feed people. I’ve always looked out for everybody. ‘Joshua,’ in the Bible, means leader. I like people to depend on me even if it brings me stress. I like to see people relieved and smiling.”

Keiyana Austin of Columbia has been Williams’ friend and customer for more than a year. She has volunteered with him at the Salvation Army Harbor House, Rainbow House and True North shelters. Last October, she helped him pass out plates of food to homeless people on the streets.

“Joshua has the most giving spirit,” Austin says. “Even when he was down and struggling, he still wanted to help people. He is friendly and kind and comes from a genuine place.”

Williams is a father to five children, ages 2, 4, 7, 8 and 9. When he’s not working, he loves to spend time with his kids, travel and refurbish vintage cars. He relocated from Texas to Columbia in 2008 to escape the damage of Hurricane Ike. He got a job at the Dollar General Distribution Center in Fulton, where he sold homemade meals to his co-workers and won a chili cook-off contest. After being passed over for a warehouse supervisor position, Williams decided to pursue cooking full time. He started by selling meals from his home and posted photos of his cuisine on Facebook. His business increased by word of mouth.

“I was upset when I didn’t get the job that I had worked hard for, but God told me to step out on faith,” he says. “He was trying to tell me that there was something else for me.”

“I brought the food that I love from my roots in Texas and Louisiana,” Williams says. “There isn’t much Southern food or Cajun food here. People like that this is something different.”

With a team of five employees, Williams operates Papadoo’s from 11 a.m. to 6 p.m. Wednesday to Sunday. He runs the kitchen by himself and sells about 50 plates each day. He also caters.

“I work well under pressure,” he says. “I like when the restaurant is packed. It keeps me busy. I do all the cooking myself so that I know the quality of everything that goes out. Eventually, I will need help, but I worry that other people might not have as much passion as me.”

That passion is driving Williams’ future goals: He wants to grow his restaurant and open a second location in Texas. Williams envisions hosting community events such as cookouts and block parties and a big celebration for the Juneteenth holiday. He also wants to produce entertainment options that rival what people might find in St. Louis or Kansas City. One of his initiatives is a buffet and R&B music gathering called Rhythm and Brunch. Williams, along with Plush Lounge and event planning company Dollar & A Dream, holds the event the first Sunday of every month. One hundred people attended the debut in August.

Williams says he likes being on the Loop, a bustling district anchored by 1-70 businesses, because of the diversity. He says the location allows him to interact with the people he wants to reach.
Williams also appreciates the platform that being an entrepreneur provides him.

“I pull in homeless people off the street all the time,” Williams says. “I want them to come in and have a seat and get a meal. I like being a young, black business owner because it puts me in the position to be a role model. I tell people that if I can do it, they can do it. I tell the youth to stick to their dreams.”