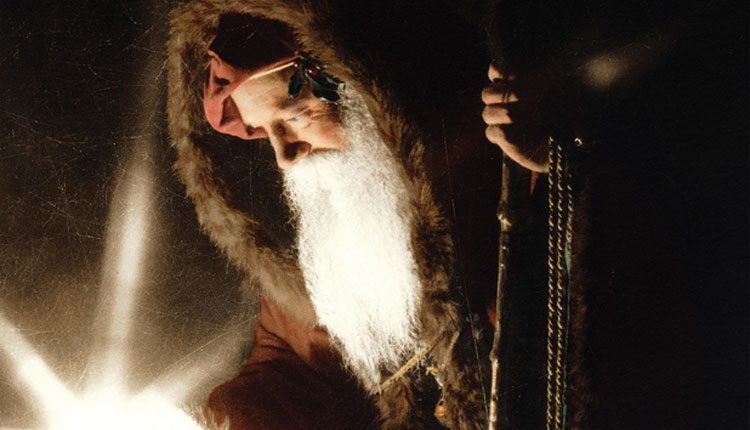 Your children were perfect angels when they visited Santa. They get that from you. But not everybody’s Santa experience was perfect. Not mine. My bad Santa experience happened when I was a grown adult.

My first job out of the Mizzou School of Journalism was selling advertising for the Rolla Daily News. As the rookie employee, it was my duty to find somebody to play Santa for a local strip mall. I wasn’t a very good salesman. Nobody would take the job.

Left with no suitable Saint Nick, I donned the stinky old Santa suit, which hung on my beanpole frame like a deflated tent. Pillows gave me a lumpy belly, but my skinny arms stuck out of the suit like a scarecrow’s. Long before Billy Bob Thornton made millions portraying “Bad Santa,” I perfected the role. It was the most humiliating week of my life.

As I walked up and down the sidewalk in front of the vintage ’50s strip mall, waving to traffic and hollering “Ho! Ho! Ho!” with faint conviction, mothers swept their children into the grocery store to avoid contact with me, and for good reason. The few children who got near me looked with disgust at this stick figure in a shabby Santa suit, saying, “You’re not Santa.”

“Always be good and mind your mother,” I would tell them, choking back my inner Billy Bob.

Two hundred miles away as the sleigh flies, away from this tragic scene, Father Christmas is alive and well and walking the streets in the historic town of Weston, Missouri. Isolated from the modernity that sprouts along major highways, the town remains blissfully mired in the past, much like a box of old postcards in your great aunt’s attic.

There, during the holiday season, Father Christmas has walked the main street for three decades.

A steady stream of folks approached to visit casually with Father Christmas, in his flowing red robe with the fur trim, adorned with baubles and jewels and trinkets. He’s always up to magic tricks, too, granting wishes. Oh, the wishes he grants look like big, clear marbles, but to believers, those are wishes.

“I’ve granted at least a hundred wishes a year for the past several decades,” he told me. His enchanting smile and wizardly look produce wonder in the eyes of children. Adults, too. Wherever he goes, Father Christmas calls himself “Father Christmas in Weston.” There’s a reason. Weston is where this Father Christmas began, and even though he has become famous throughout the nation, Weston is his starting point.

For a while a few years back, Father Christmas was absent from the streets of Weston. Some people wondered where that visage had gone, a visage that has adorned Hallmark cards and photos from years past. Well, he came back, granting wishes as he walks the streets of downtown Weston.

My admiration for Father Christmas — and the magic of Santa Claus — comes from my wide-eyed childhood experiences. Just like yours. But I have a deeper appreciation for St. Nicholas, ever since I left my dignity at a strip mall in Rolla.

John Drake Robinson is a former director of the Missouri Division of Tourism and has driven every mile of highway in the state. He is the author of “Souls Along the Road.”