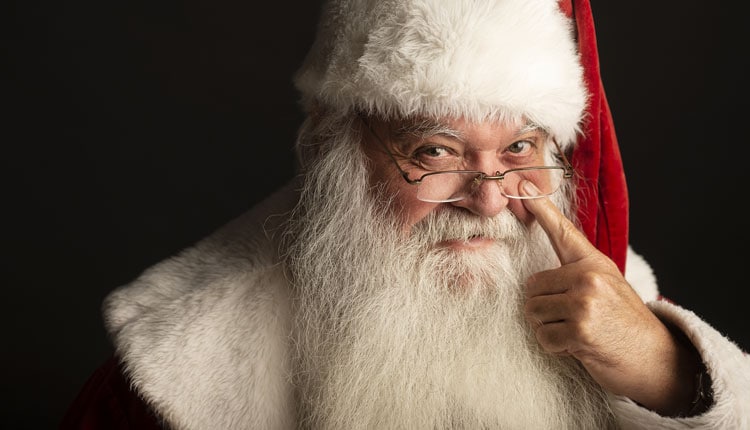 Stephen Johnson on Taking Over The Suit

Stephen Johnson has been playing Santa Claus during the holiday season for 25 years, but the 65-year-old says he has looked the part since he was 40. The only difference between then and now is the amount of theatrical dye necessary for him to get into character.

Johnson’s first gig as the big man in red was in San Antonio, Texas, and though he has been Santa in several locations over the years, he says his favorite is right here in mid-Missouri. He was Santa at Bass Pro Shops in Columbia for six years from 2010 to 2016 and, despite taking a break the past couple of years for medical reasons, has no plans to hang the hat up for good.

Johnson took over the suit, as he calls it, from his younger brother, whose kids were getting old enough at the time to begin guessing who was underneath. After that, Johnson was thrust into the corporate party circuit and more house calls than he could count. He served as Santa for the United States Air Force Band of the West during the three free shows they would put on during the holiday season, and he also suited up for the San Antonio Spurs and their families.

“There was more than one Santa Claus there, but I was the only one that was in the players’ locker room,” he says.

Johnson once played Santa for an NFL game between the New Orleans Saints and the Detroit Lions. “I went in on a carriage during halftime and rolled around the arena a couple of times, and then they let me stay on the field for the rest of the game,” he says. “That was pretty cool.”

After 25 years behind the beard, Johnson’s most memorable moments have always been his interactions with the kids, one in particular with his brother’s son in San Antonio. “His name was Ben, so I said, ‘Hey, Ben! And he couldn’t believe that Santa Claus knew his name.”

That wasn’t the only time he drew a surprise by knowing a child’s name, remembering another incident that took place on a Disney cruise in 2010.

“On the second day, there was a girl on the boat that came up to me and said, ‘If you’re Santa Claus, what’s my name?’ She didn’t realize that her dad had just picked her up from the daycare and she had her name written on a name tag on her shirt,” he says. “So, I said, ‘Well, Zoe,’ and she just about fell over. She was so surprised.”

Johnson’s most memorable encounter, though, was with a 14-year-old in San Antonio. “I asked him what he wanted for Christmas, and he said all he wanted was a friend,” he says. “That was pretty touching.”

Although Johnson has five kids of his own — one daughter and four sons, two of whom live in nearby Jefferson City — he says they were all too old to be fooled by the annual disguise by the time he started wearing it. He and his wife have been married for 43 years, and he says she keeps him in line. The two met in 1975 at an airport in Salt Lake City, Utah, as Johnson was returning from a church mission trip to Uruguay.

“She wrote me a letter, and it just went from there,” he says.

For anyone who might have wondered at one time or another how Santa Claus occupies his time outside of the holiday season, Johnson says he typically spends his days making custom draperies, fishing and daydreaming about motorcycles.

“I don’t currently have one, but I wish I did,” he says, joking that he will have to let the real Santa Claus know that he wants one for Christmas.