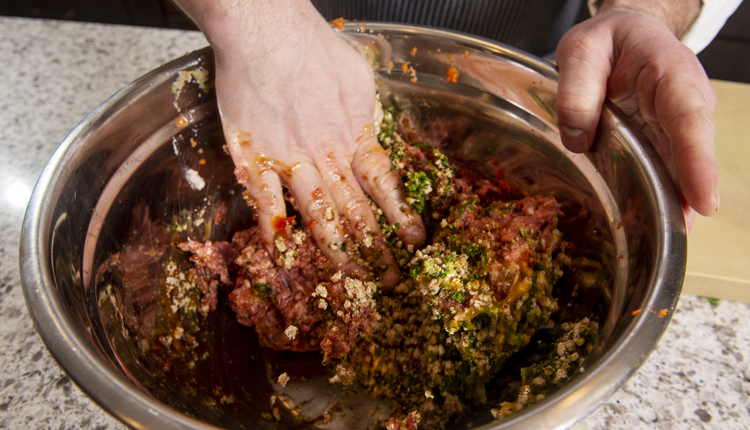 The Versatility of Meatloaf

This simple dish provides a host of dinner options

Sometimes in the cold of winter, you need an easy dish you can make on a Monday and have for three or four meals throughout the week. Meatloaf is that dish. It is as easy or as complicated as you want. You can toss in ketchup, bread and seasoning, or grind your own meat, vegetables and other fillings to add. Meatloaf does not have to be the leftovers meal. You can make slices into sandwiches, fry it with an over easy egg on top for breakfast, add a little water and break it up into pieces for a pasta sauce, and more. 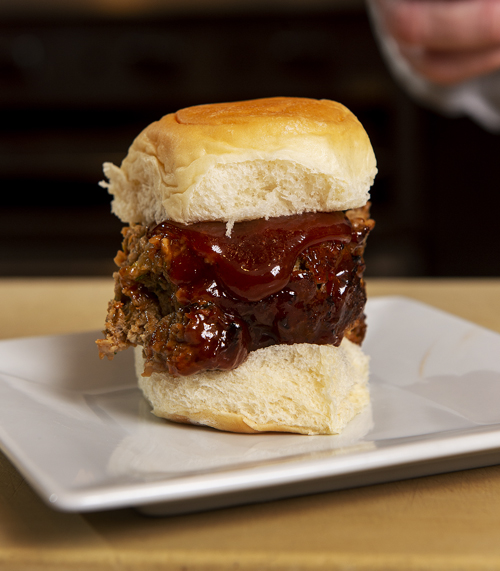 It is a meatloaf; the meat does not have to be beef. You can make a mixture and even grind your own to the flavor profile you are looking for. Want more of a gyro flavor profile? Try equal parts beef and lamb; then add in a little oregano and dill. You don’t want your meat to be the leanest, so stay away from the 93/7 lean-to-fat ground beef and grab 73/27 or 80/20.

It can be as simple as ketchup and bread for your meatloaf or as complicated as you want. You will need a “panade” of some sort to help bind the ingredients. Panade translates from French as “bread mash;” it helps bind the meat and hold in moisture. Depending on the desired result, the panade can also contain egg and milk.
I had a great-grandmother who used a mixture of oatmeal and egg, and a great aunt who liked cooked potato under the loaf. The addition of vegetables helps add some great flavor and texture. This recipe uses cool vegetables, which I prefer. It helps with the flavor and the final texture. The vegetables can be minced by hand or in a food processor or run through a grinder if you have one.

There are several factors to take into consideration with baking. How thick is the meatloaf? I like mine a little flatter to help shorten the bake time as well as require less space in the refrigerator. A shorter meatloaf will fit on the shorter shelves or in a drawer when the refrigerator is starting to reach its capacity.
Baking the loaf at 350 degrees for about 45 to 60 minutes is standard. The baking time might be less if you have a convection oven (fan); it might be a little more if you have a conventional oven (no fan). Whatever you do, don’t guess on the doneness. Make sure you have an instant-read thermometer. The end temperature needs to be 155 degrees (165 if you happen to add any poultry).

The glaze can be just like the meatloaf — as basic or as complicated as you want. Typically, you need about ¾ cup to a cup of glaze for a 2½-pound meatloaf. You can really add some flair here. In a pinch, ¾ cup of ketchup and 2 ounces of brown sugar work great, but feel free to add in some A.1., hot sauce, honey, soy sauce, molasses or whatever else sounds good. You want a glaze that is a little tangy and sweet. The glaze really needs to be thick so it will stay on during the high heat and the end of the bake. I like to pull the meatloaf out of the oven when it gets to be about 140 to 145 internal temperature; then I turn the heat to about 500 and apply the glaze. Once the oven is preheated, I put the meatloaf back in for another 5 to 10 minutes until the edges of the glaze start to brown and the internal temperature reaches 155.

Directions:
Pulse bacon in food processor until minced. Use grinder or mince by hand if you don’t have a food processor. Transfer bacon to sauté pan and cook over medium-low heat while occasionally stirring until crisp. While bacon is cooking, pulse peeled celery, carrots, onion and garlic in food processor. Add to the bacon once it is crisp, and keep cooking the mixture while occasionally stirring. Cook until almost all moisture has cooked away. Remove from heat and cool for 10 to 15 minutes.

Pulse the parsley and bread slices in food processor and mix with bacon-vegetable mixture, then add ketchup and A.1. Mix in ground beef, then egg yolks. Season lightly with salt and pepper. Remove a small amount of the mixture and cook in the sauté pan. Taste and adjust seasoning as needed.

Place into bread pan or form by hand on a lightly greased baking sheet. Bake at 350 degrees for 25 to 35 minutes until the internal temperature is about 145. Remove from the oven and turn the oven to 500 and top meatloaf with glaze. Once the oven is preheated, put the pan back in for about 5 to 10 minutes until the internal temperature is 155 degrees and the glaze has started to brown. Cool for 15 to 20 minutes. Slice and serve.