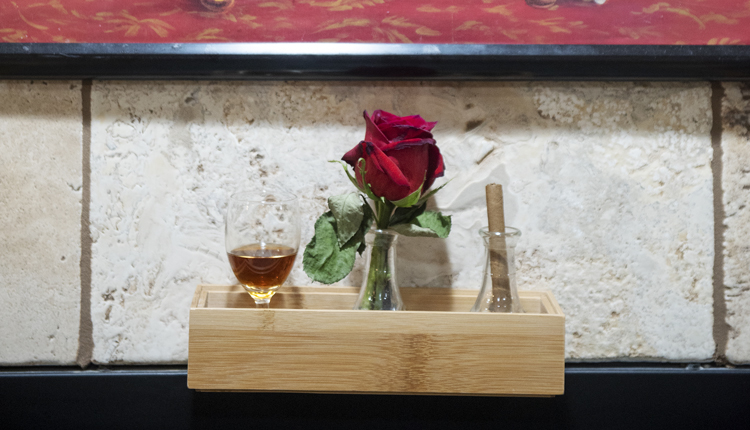 Big Mama Chim is back

A flashing, red neon sign in the window of a hole-in-the-wall restaurant in Alley A reads, “Open now;” signaling that Big Mama Chim is back at a new location in downtown Columbia. On a chilly January night, or any night really, she can be found in the kitchen with her sleeves rolled up preparing for the dinner rush.

The Thai noodle restaurant began as a rolling business called Chim’s Thai Kitchen, a food trailer parked at Cooper’s Landing. Some 16 years later, Big Mama Chim prepares to pass on her family’s new restaurant to her daughter as Big Mama Chim plans to retire in the near future. 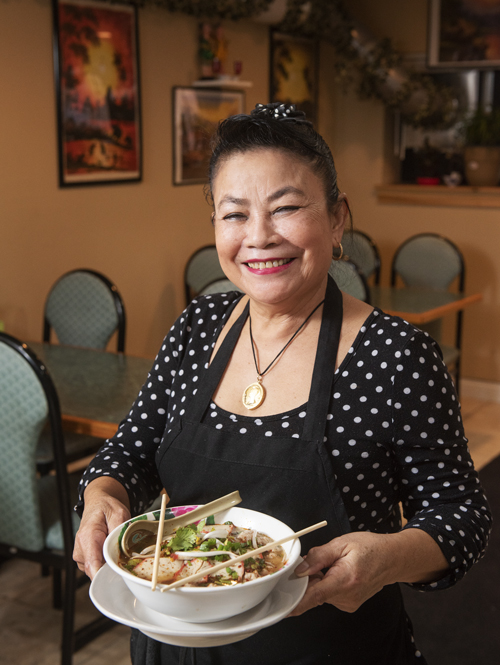 As the matriarch of the family and mastermind behind the Thai noodle house, Duncan was given the nickname “Big Mama Chim.” Wadtananussorn, part-owner of Big Mama Chim’s, can be found bouncing around the restaurant serving food, working the register and chatting up customers. Over the years, Duncan and Wadtananussorn have owned and operated three other restaurant locations in the region, garnering a local reputation for their take on Thai cuisine.

Duncan and Wadtananussorn are from a city called Khon Kaen, in northeast Thailand. Duncan, 66, began cooking at a young age. Before moving to mid-Missouri, she ran Thai restaurants in northeast Thailand and Saudi Arabia. When she came to the United States in 1984, she brought a little piece of home with her.

“I had a business in Thailand before I came here,” Duncan says. “I learned many recipes from that business and use them for our menu items here, too.”

Duncan began cheffing up her Thai recipes in a food trailer at Cooper’s Landing in 2001. When the weather is nice, Columbians go to the marina to enjoy the outdoors and get a little taste of Thailand alongside the Missouri River. Because business at Cooper’s Landing is seasonal, Duncan is often off chasing other business ventures during the colder months of the year. In addition to her Columbia locations, she has a history of operating restaurants in Fulton, Springfield and Jefferson City. Although her other locations have since closed, Duncan’s cooking seems to always find a home in Columbia.

Big Mama Chim’s new location, at 905 Alley A, is tucked underground beside Kampai. The restaurant features an open home-style kitchen where customers can sit at the counter with a close-up view of the kitchen. The walls are covered with posters of Thai scenery. If customers look up, they can see pictures of each menu item and Wadtananussorn’s smiling face — both lending advice on what to order. Although the restaurant space is quaint, it isn’t always quiet; Duncan and Wadtananussorn often exchange playful and witty comments across the counter. The lively family dynamic and inviting home-kitchen layout have drawn loyal customers who have an affinity for noodles, spice and the spirit of togetherness. 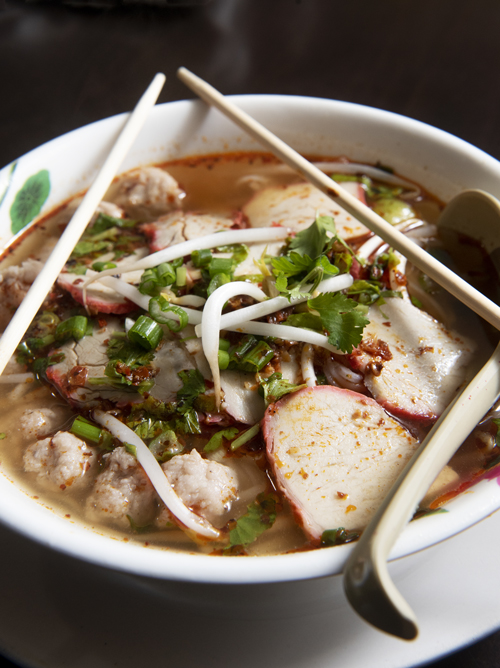 “Even though there are only a few other tables available for seating, the small setting really contributes to the warm and cozy atmosphere of the whole place,” says Mikala Blum, a customer at Big Mama Chim’s. “It almost doesn’t feel like you’re eating at a restaurant, but more like you’re eating at someone’s home.”

With an updated menu, Big Mama Chim’s offers more soups, specialty curries and salads than previous menus. Customers can dine in with friends, hang out with Big Mama Chim at the counter or order a salad to go. The pad Thai and noodle soups have grown to be the most popular dishes on the menu when it’s cold outside, Duncan says.

“Personally, I’m a huge fan of authentic Thai food, so I can be a little picky when trying a new place, but Big Mama Chim’s has some of the best pork tom yum that I’ve ever had,” Blum says.

Duncan’s long history with Thai cuisine and the restaurant industry has helped her serve as a role model to her children, molding Wadtananussorn into a promising business owner over the years. As she continues to work alongside her family and make arrangements for her daughter to take over Big Mama Chim’s entirely, Duncan has hopes of opening another location before she hangs up her apron for good.

“I love to work and work hard,” Duncan says. “I plan to retire, but I need to make sure my family is okay before I do.”

Hot Off The Press