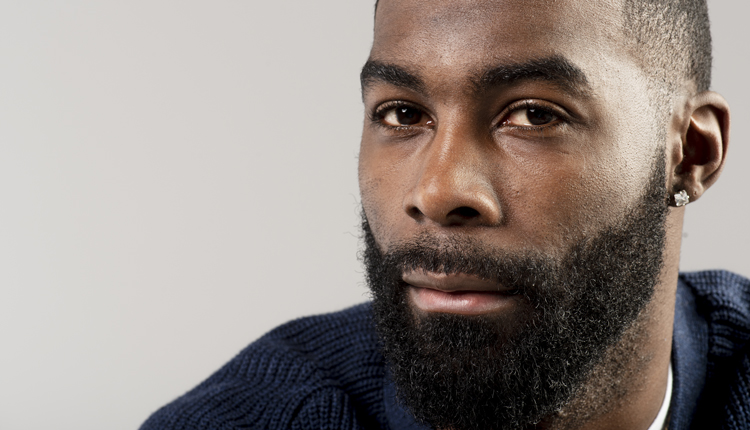 L'Damian Washington has a new gig

During his motivational speaking stops around Columbia, through his work with children and adolescents from around the community, L’Damian Washington sees the impact he makes.

When he goes back to Douglass High School and a student calls out to him and says he’s still wearing the sneakers Washington and former Missouri football coach Gary Pinkel provided as part of the “One Step Forward” program last fall, Washington sees the difference a little bit of kindness and attention can make in someone’s life.

And he remembers the way he was at that age.

“I used to be that kid,” Washington says.

It doesn’t seem like it was that long ago to the 27-year-old.

The team captain and leading receiver on the 2013 Missouri Tigers, one of the most successful teams in program history, was once just a teenager trying to survive in Shreveport, Louisiana. His father had died when he was 5, and after his mother died suddenly of a blood clot when he was a sophomore in high school, he was tasked with helping to run a household and care for his three brothers.

The University of Missouri psychology graduate was once just a kid diagnosed with dyslexia who spent some time in an alternative school like Douglass before he got back on track — and thrived — academically. He was able to take everything life threw at him and prosper. Now he feels it’s his calling to help at-risk youths in Columbia do the same.

“Other kids who don’t have anybody in their lives, who feel left out, how can I start a program to where no kid can go without someone at least there to talk with them so they can feel like all the other kids?” Washington says. “We all need somebody we can turn to. I want to be there. I just want to give back and help out the kids in this community.”

Washington envisions starting his own nonprofit called “Bigger Than Me,” which he hopes will evoke the sense that nobody has to go through their struggles alone. He wants to provide mentoring and mental health assistance for K-12 kids in Columbia, and he has been laying the groundwork through discussions with representatives from organizations such as Big Brothers Big Sisters of Central Missouri and the Boys & Girls Clubs of Columbia.

He says Big Brothers Big Sisters has told him it has a sizable waiting list of youths, most of them male and African-American, in need of role models.
“I’ve talked to counselors in elementary schools, to members of the school board. It is a need here, especially when you’re talking about minorities,” Washington says. “Why can’t I get former or current athletes, and we can start investing in these kids’ lives? I know people, and I can help out.”

Washington first started thinking about ways in which he could give back to the community after hearing positive feedback to his story from a 2014 documentary short about his life on ESPN.com. That sense continued through his motivational speaking engagements and a recent podcast appearance with former U.S. Navy SEAL Marcus Luttrell of Lone Survivor fame.

Washington feels he has a unique voice to offer, as well as a willing, knowing ear to listen.

“They identify with me,” he says. “There aren’t too many situations where I’m talking to these kids, no matter what their race is, that I haven’t been through. I talk like them, but at the same time, I’m informative about what’s going on, and I know because I went through it. So hopefully I can be personable and bring these kids in to where they trust me and share their experiences with me. I would just like to become one of them and also a person that can be an outlet for them.”

Washington spent the summer and fall of 2017 as a starting receiver with the Winnipeg Blue Bombers in the Canadian Football League, but he was cut in May 2018. In September, he signed with the Birmingham Iron of the newly created Alliance of American Football, so at the start of the year he’ll head down to Alabama for a season that runs through April.

He plans to spend his free time working on “Bigger Than Me” as he continues to chase his football dream, though, doing the prep work for a summer launch so that the nonprofit can establish itself before Columbia kids go back to school.

“I’m looking to partner with people, businesses that want to help and make a difference in this community,”
Washington says. “It’s not about me. It’s about the community and the kids.”