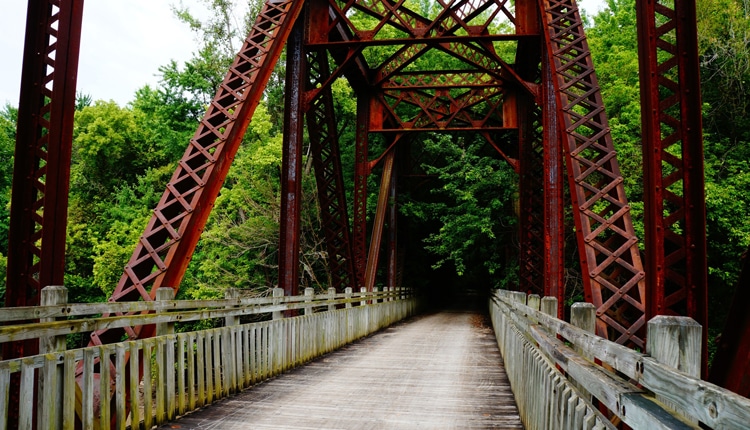 In the past five years, Columbia has steadily climbed Livibility.com’s “Top 100 Best Places to Live” rankings. The community has leapt from the 46th position in 2014 to 21st in 2018. In addition to recreation, schools, real estate and business, the list takes community health into consideration. Niche.com also gave a nod to Columbia in 2018 and listed the city as 86th in its “Healthiest Places to Live in America” rankings, which was based on rates of smoking, obesity and alcohol use in addition to access to health care, mental health and fitness centers. Diving deeper than rankings, though, health has been on the minds of Columbians longer than the lists have been around.

In 2013, Columbia Public Health and Human Services along with nearly 70 partner organizations, churches and departments across the City of Columbia and Boone County took on the task of completing a community health assessment (CHA) and de-veloped a Community Health Improvement Plan (CHIP), which launched in 2014. Four action teams made up of volunteers took aim at four areas the CHA identified as needs: behavioral health, health disparities, safe and healthy neighborhoods, and healthy lifestyles — the last of which focused on tobacco use, physical ac-tivity and obesity, which ranked top of mind for adults in the 2013 community survey.

By 2017, the end of the CHIP cycle, some areas had made progress while others remained somewhat static.

“When you’re talking about health behaviors and behavior change,” says Stephanie Browning, director of Columbia/Boone County Public Health and Human Services, “behavior change is one of the hardest things ever for people to do. It’s hard stuff. It takes a while for some of the numbers to change — heart disease or hypertension rates. It’s going to take a while to see that needle really drop.”

Beyond obesity, tobacco use was in the crosshairs of the Columbia by the 2014 CHIP. “We believe some of the most significant outcomes include the changes in Columbia’s clean indoor air ordinance to include e-cigarette products, as well as Tobacco 21 legislation, which prohibits selling of tobacco and e-cigarette products to anyone under 21 years of age,” Browning says.

At the beginning of the reporting period, 18.6 percent of Boone County adults smoked, according to the CHA. So while progress was made in terms of policy, the most recent numbers released by County Health Rankings, 18 percent, reflect little change. Nation-ally, smoking rates have declined from 20.9 percent in 2005 to 15.5 percent in 2016, according to the Centers for Disease Control and Prevention (CDC).

Other outcomes include initiatives such as Fit-Tastic (a healthy lifestyle program for kids), naming of Live Well Restaurants (17 restaurants have this moniker that denotes healthy food options are available) and Live Well by Faith (LWBF), a church-based program that has seen 78 percent of participants lose weight; de-velopment of the Look Around program, community gardens and worksite health programs; plus development of new recreational programs and increased paved trails.

In the 2013 CHA, 23 percent of Boone County adults had no physical activity beyond work-related activity. In the CHA being published this spring, that number dropped significantly to 16.6 percent.

A 2015 Columbia Parks and Recreation citywide citizen survey — the most recent data — found that 82 percent of Columbia households use the Columbia Trail System, which has nearly 65 miles of trails.

The first master plan for trails was developed in 1994, but the most recent official trails plan was adopted by the city council in 2013. It contains a handful of trails that are now complete: Hominy Creek Trail, Grindstone Creek Trail, Green Briar Connector and Scott’s Branch Trail.

“Our goal is to make every part of Columbia connected to the trail system,” says Mike Snyder, Columbia Parks and Recreation park development superintendent. “We’re kind of limited in some areas. If you have a major road, that can be a barrier, or if you don’t have creeks in your part of town that have potential for trails, we’re kind of limited by those geographical limi-tations. But our goal is to connect all parts of Columbia with the trail system.”

A 30-mile loop is the focus of the current master plan, Snyder says. The city averages about 1 mile of trail per year with the current parks sales tax funding that is dedicated to trails. About half of the distance remains be-fore the loop will be complete, he says.

“That’s 15 years of funding right there to complete the loop, and that doesn’t include all of the connecting trails,” he adds.

“As Columbia continues to grow, we’ll keep adding to the master plan,” Snyder says. “The limiting factor to the ideal trails plan is where the creeks are and where the railroad lines are.” Columbia’s unique system of streams encircles the city, making the trail system possible. “I can’t think of any other place in the world where you have a connected creek system that wraps around the entire city.”

A new CHIP is set to launch this spring, Browning says, and much of the former work will continue, especially in the health lifestyles arena.

“We sought county health funding to continue LWBF, and it was funded for an additional two years,” she says. 12345 Fi ppt-Tastic is continuing with state Maternal and Child Health funding, she adds, and an additional Fit-Tastic program was added to encourage health promoting policies in community organizations that serve children.

Based on the new CHA findings, Browning says, there will be new areas of focus in the 2019 CHIP: mental health; basic needs; medical and dental; and safe, healthy and affordable housing.

“Across the community we’re very conscious about trying to create the best environment for people to live, learn, work, play, thrive,” Browning says. “There’s just a lot of really good resources here for people to collaborate, move the needle and improve things, together.

“This is a destination, and we are still on the journey.”

In the Right Direction